LITTLE FALLS – The New Jersey State Parole Officers Policemen’s Benevolent Association (PBA) Local 326 announced on Wednesday that they have filed a charge with the Equal Employment Opportunity Commission (EEOC), Newark Area Office, against the New Jersey Parole Board for alleged racial and gender-based discrimination against parole officer recruits at the Division of Criminal Justice Academy. The charge details the dismissal of recruits, all of whom are women and/or minorities, from the academy based upon what the union claims to be the arbitrary application of physical fitness standards.

“We chose to file the charge on the behalf of the recruits because we have seen a startling trend of discrimination,” said Tom Lambert, President of PBA Local 326, which represents 315 parole officers across New Jersey. “Multiple recruits have come to us with strikingly similar stories about how, despite the fact that they believed they were meeting the same or similar standards of physical fitness as their fellow recruits, they were evaluated on an additional set of unspecified and seemingly shifting criteria by hostile instructors, which has resulted in their dismissal. All of the dismissed recruits are either minorities or women.”

PBA Local 326 filed the charge last month with the EEOC after the New Jersey Attorney General’s Office, under the auspices of the Police Training Commission, failed to respond to requests for clarification of several aspects related to the application of physical fitness standards required for recruits to successfully qualify for the position of New Jersey state parole officer, according to a statement from the union. The complaint also was submitted after the union launched their own investigation into the allegations at the academy revealing several similar stories of discrimination and unfair treatment, the union claims. The alleged discriminatory practices at the academy would be in violation of Title VII of the Civil Rights Act of 1964, the union asserts.

“As the union that represents New Jersey’s parole officers, it is important that we provide a strong voice on the job for the brave men and women that accept the very challenging, and at times dangerous, role of supervising convicted criminals that the New Jersey State Parole Board has seen fit to return to the streets,” Lambert said. “We believe that recruits deserve that same voice as they seek to join our ranks, and where we see them being treated unfairly we will stand up and defend them.”

The complaint also asserts that recruits were required to self-report that they did not complete training exercises satisfactorily if they performed less than perfectly during physical tests according to the instructors’ subjective standards. Negative self-reports resulted in zeroes. If recruits accumulated nine zeroes, they would be dismissed from the academy, the union claims. In the event a recruit failed to self-report it would result in “integrity demerits,” the union also asserts.

“This would be a different story if the parole board simply wasn’t getting qualified recruits, but based on our own investigation that just isn’t the case,” said Michael Bukosky, PBA Local 326’s attorney, in a written statement. “Based on the evidence we are seeing, minority and/or women candidates are being subjected to different standards than their fellow recruits, and, worse yet, are being asked to become mind-readers to figure out what the actual passing standards are in the minds of the instructors. We believe that the continued silence coming from the New Jersey State Parole Board in this matter speaks volumes, and we will leave no stone unturned in getting to the bottom of this troubling trend.”

Representatives of PBA Local 326 said on Wednesday that they have yet to receive a “substantive response” from the EEOC.

Phone calls to the EEOC and to the New Jersey Attorney General’s Office from PolitickerNJ.com seeking comment were not immediately returned. 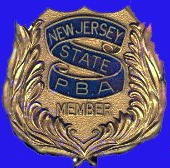