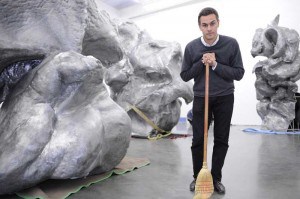 In a statement, Lisa Phillips, the New Museum’s director, said, “In his new position as Artistic Director, Massimiliano will take an even more active role working with me to envision and plan the next phase of our institution’s growth. We are not a typical museum. Nor is Artistic Director a typical museum title. But it accurately reflects the expansiveness of Massimiliano’s vision and the wide spectrum of activities it contains.”