Four years ago, construction workers digging out a pit that would become the World Trade Center’s Vehicular Security Center discovered the jumbled remains of a 32-foot wooden ship, 22 feet below ground level. On Monday, a new report from a study at Columbia University’s Lamont-Doherty Earth Observatory in Palisades, New York has revealed that the ship was built around 1773, most likely from the same white oak used to build Independence Hall.

After slicing through portions of the excavated ship, the Columbia experts were able to date the wood by viewing tree rings, sourcing it to a geographical region by comparing the tree ring patterns with ring patterns in live trees and archaeological samples.

These ring patterns matched with those found in a wood sample taken during a study of Independence Hall, which was built between 1732 and 1756.

The leader of the Columbia study, Dario Martin-Benito, told Live Science, “Philadelphia was one of the most – if not the most – important shipbuilding cities in the U.S. at the time. And they had plenty of wood so it made lots of sense that the wood could come from there.”

Experts are still uncertain about the previous life of the ship, however, there are speculations that the ship was at one point a Hudson River Sloop, according to CBS, used by the Dutch to transport passengers and cargo. Damage to the ship by a certain type of worm also suggests time spent in warm , possibly a trip to the Caribbean.

According to the study, historians still aren’t sure whether the ship sank accidentally or if it was purposely submerged to become part of a landfill in 1810, in an effort to bulk up Lower Manhattan’s coastline. 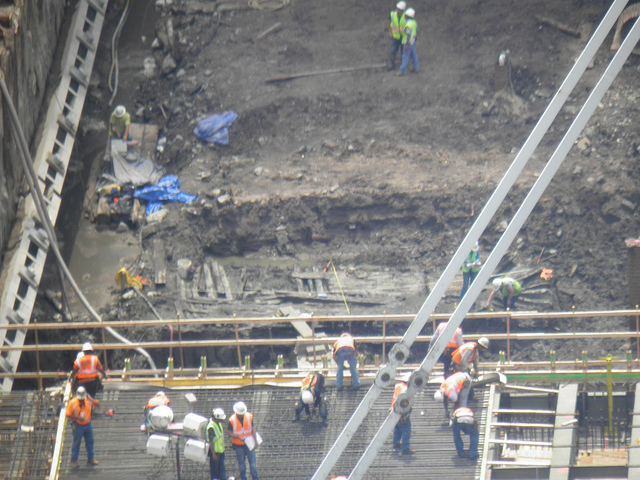