NEWARK – On the day that his brother was sworn in as Newark’s 40th mayor, Amiri “Middy” Baraka, Jr., now chief of staff to Newark Mayor Ras Baraka, spoke out about how while politicos make important alliances, it is ultimately family ties that bind.

“No words could ever express how grateful I am to be in this position. We’ve been working for this for 20 years. Today was like redemption,” said Baraka, standing on the red carpet draped through Military Park in downtown Newark on Tuesday night, guiding invitees to the evening’s main inaugural ball across the street in the Robert Treat Hotel. “To know that my dad [the late poet and activist Amiri Baraka, who died in January] was rooting for us, and he’s not here now, was hard. Going through this election, we didn’t have a chance to grieve as a family. To finally look around, pinch myself, and see that my brother is the mayor of the biggest and greatest city in the state, is amazing.”

Newark is facing very serious problems in the months ahead, including a $93 million dollar budget deficit, a high unemployment rate and pervasive crime issues. But Amiri Baraka, Jr. seemed braced for the future.

“We lead through optimism. My brother is the ultimate warrior, and he is the ultimate person for the job of mayor,” Baraka said. “He turned Central High School around [when he was principal], which was plagued with violence. It’s the same situation in the city.”

Both Newark political observers and the Baraka brothers themselves made a powerful political parallel during the recently-concluded mayoral campaign: Ras Baraka was U.S. President John F. Kennedy, out front and poetic, while Amiri Baraka, Jr., his brother’s campaign manager, was Robert F. Kennedy, with “Middy” acting like Bobby in the ruthless enforcer role for his brother.

When asked by PolitickerNJ.com if the analogy fit, “Middy” did not hesitate.

“It’s a fair analogy. I’ve got my brother’s back,120 percent,” “Middy” Baraka said. “He’s the mayor, and I’m going to treat him as the mayor, and from that point of view we keep everything professional. But he’s still my brother. So absolutely, I have his back under every circumstance.” 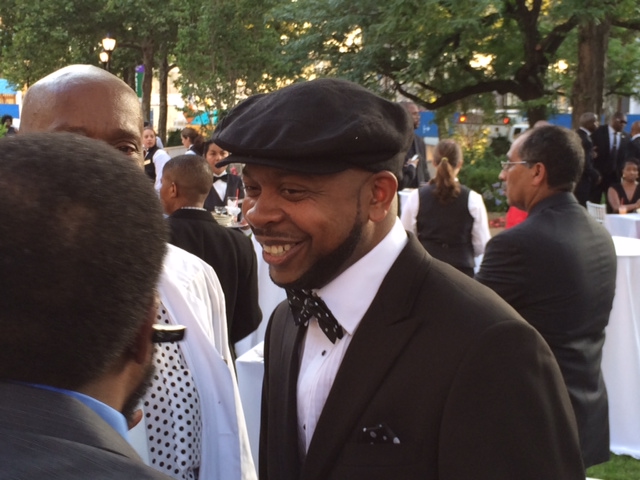