They say change is good, but that it’s also hard.

It definitely seems that way for the more than 3000 New York runners who used to be members of the free Nike Run Clubs, held at three Nike stores across the city (Niketown, Nike Flatiron and Nike Upper East Side). At each location entrance was free for all, experienced pacers were available to coach runners and different mileages, and speed drills and routes were offered three times a week.

Starting today, Nike has announced that the much-loved run clubs will be incorporated into Nike+ NYC Live, a new training experience with qualified coaches and experts that promises to tailor to runners’ needs. Although the run clubs remain free, those who want to participate must become Nike members and RSVP every Sunday for a coveted slot that will allow them to participate in the new daily workouts. Every Nike+ NYC Live session has limited capacity and it will only be offered in New York for the time being, as a pilot program, while run clubs in other cities will continue operations.

Nike spokesperson Joy Davis explained the reasons behind the changes in an email conversation with the Observer. “We launched Nike+ NYC Live to further our commitment to the running community and provide runners of all levels with elevated training experiences,” she said. “Nike+ NYC Live will serve all runners of all ability levels with better experiences, expert coaches and more fun.”

Ms. Davis went on to stress that the new program was an improvement. “Nike+ NYC Live is an evolution of Nike Run Clubs and Nike+ Training Club Live, designed to offer a variety of running and training analysis and sessions for every level of runner, every day of the week. It provides an elevated experience and a comprehensive training program to previous run club offerings in NYC.”

However, most members of the legacy run clubs have not embraced the change warmly. The Facebook pages of the three New York Nike running clubs, which in total include more than 3000 members, have exploded with cries of astonishment and even vows to never shop at Nike again. At one of the last Niketown sessions, Nike marketing executives were on hand to explain the new changes. But runners were upset, claiming their questions had not been answered.

For many runners the Nike run clubs, which started in 2002, have come to symbolize much more than a place to exercise and log in their miles.

Marc Viloria, who joined the Niketown run club in 2009, told the Observer, “We were brothers and sisters who sweat and cry and cheer for each other several days a week season after season. It was just a love of running.”

He also explained why he doesn’t want to be part of Nike+ NYC Live. “I can’t support the current system because there would not have been room for me as a new runner the first time I walked into Niketown. If Nike does not care to lose that many amazing people then they don’t deserve to have them there.”

Mr. Viloria added, “instead of holding their heads high with proud years of commitment, [runners] are being told to fight on their knees for scraps — limited RSVPs in the new capped system.”

Cynthia Clemente, a runner and a health Coach who just recently joined the club shared similar feelings. “Nike wants to automate signing and capping, or limiting the number of runners who can participate. That means we have to compete for the spot. I just want to run! I just want to Do It, which is an irony as that is their famous motto,” she confided to the Observer.

Ms. Clemente noted that marathon season is just around the corner. “This is also bad timing because the New York City Marathon is in less than 15 weeks. I could join other running groups but I have built friendship, camaraderie and support community in NRC,“ she lamented.

To other runners, the support of the Run Clubs is invaluable. Thanks to Nike Run Club, Annete Vega, a member since 2004, overcame severe injury. “It never judged, was always there and helped me become the marathoner I am today. It was my crutches when I broke my back, the pacers my wings, and the program my saving grace” she told the Observer.

Ms. Vega also mentioned that Nike did not ask current members about their experience before changing the program. “For a corporation to demand we change something that they deem needed fixing is unforgivable” she said. “Helping us is asking us, they never even considered us.”

When pressed about this issue Ms. Davis insisted runners had been considered. “Because we have continuous conversations with runners in NYC, we know that runners and the leadership of our three run club locations have been very vocal about wanting change,” she told the Observer.

Over 300 members have signed an online petition to bring back the legacy run clubs, but for now no changes have been announced. The new schedules were released on Sunday and NYC+ Live’s first session is slated for this afternoon. 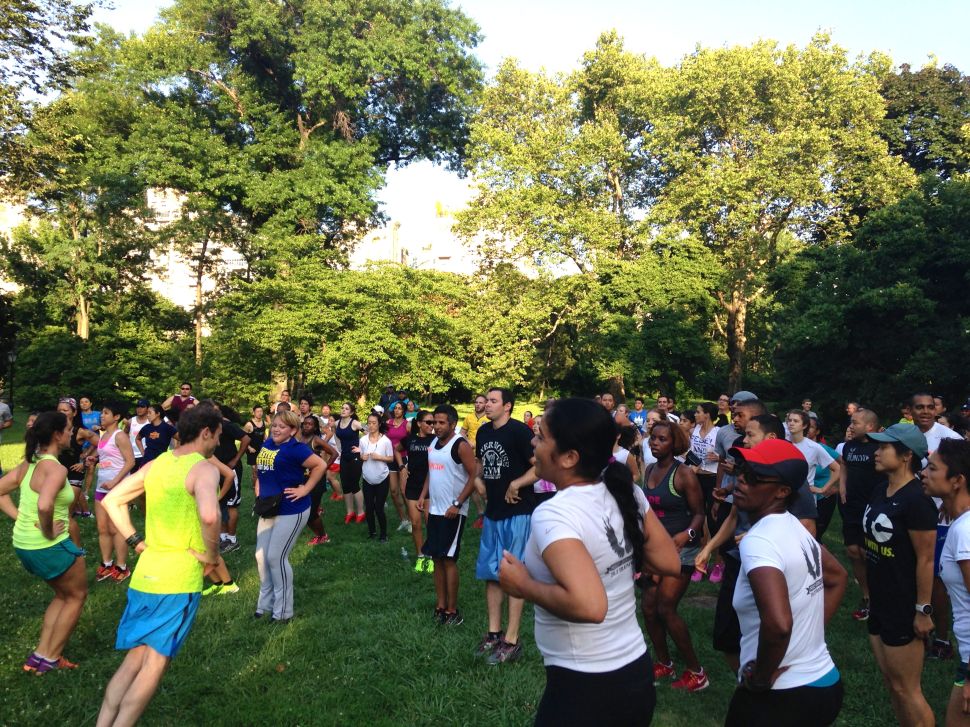