TRENTON – Oftentimes, the weightiest policy issues in New Jersey are decided not in the halls of the statehouse, but in the voting booths on election day. It’s a trend that has some New Jersey business leaders shaking their heads.

“It’s absolutely wrong,” Mike Egenton, a senior vice president at the New Jersey Chamber of Commerce (NJCC), argued at a roundtable discussion on business reform strategies at the statehouse this morning.  “I don’t want to see this state turn into another [initiative and referendum] state.”

New Jersey is not yet at that point, but in recent years, lawmakers in Trenton have defaulted to using statewide referendums to pass measures too controversial or significant to decide , such as allowing sports betting in 2011 and to increase the minimum wage, from $7.25 to $8.25, in 2013. It’s a widely accepted, utilitarian strategy to policy-making, some say, and one that avoids the bitter partisanship that often stalls legislation in the statehouse. Most recently, legislators — like Senate President Steve Sweeney — have hinted they might opt for a referendum yet again, this time to expand gaming into North Jersey with a question on as early as next year’s ballot.

But the issue became a sticking point for Egenton and others at today’s roundtable, who see it as a poor policy-making strategy. As Egenton put it: “Don’t circumvent your responsibility as legislators because you can’t make the tough, hard decisions.”

“The minimum wage is a perfect example,” he told PolitickerNJ after the event. “When someone mentions that, your common average person is going to say yeah, I’m all for it, I’m going to vote yes. What our debate in that whole discussion was, do you realize it’s tied to the CPI? So everytime the Consumer Price Index goes up, it does not give [small business owners]  predictability to deal with it. And they usually like a little more than a year so they know the tax and costs are going up and how to manage that within their business operations.”

As an NJCC lobbyist — ” a person who has to educate and inform people who are important to my constituents,” as he put it — Egenton said he’s witnessed how the state’s minimum wage hike, together with other employer costs such as paid sick leave, are burdening small business owners. State Democrats are currently pushing for a statewide measure that would require private employers to provide paid leave for sick workers, while Newark and Jersey City have already adopted similar laws for their own residents.

Such measures are leading to a “death by a thousand cuts” for the state’s businesses, according Mike McGuinness, of NAIOP. (There is, however, growing evidence that the minimum wage increase may actually be quickening job growth in the state.)

Part of the issue is the way lawmaking is being approached in the state, Egenton said. Using the drafting of last year’s “ban the box” legislation — which includes a bill that would bar employers from checking a job seeker’s criminal history during the application process — as an example, he said a more constructive route would be to simply hash out the issues in Trenton.

“The end product was more palatable,” he said, referring to the final version of that bill, passed by the legislature earlier this month and awaiting signature from the governor. “And that at the end of the day is how public policy is supposed to get done. I don’t think anybody is looking for a whole loaf of bread. if you walk away with half a loaf of bread, it’s a good thing.”

“We have yet to achieve full metal jacket recovery,” Hughes said. 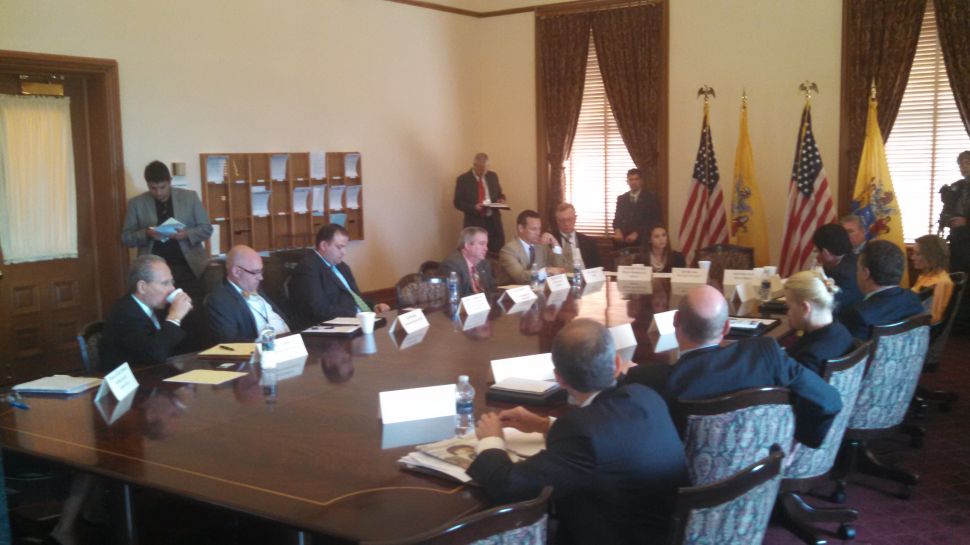