Norman Pearlstine is chief content officer of Time Inc., having returned to the company last year after serving as editor in chief between 1995 and 2005. He has also been executive editor of Forbes and the Wall Street Journal, as well as chief content officer of Bloomberg L.P. Last month Time Inc. was spun off from its longtime parent, Time Warner, leaving its more than 90 magazines and 45 websites to operate independently, an existence described in the headline of a widely read New York Times article as “lonely.”

What does the spinoff mean for Time Inc.? We were very much defined as the print subsidiary of Time Warner, so much so that three of our major websites—Sports Illustrated, Money and Fortune— were folded in CNN and were not even directly attached to their print component. As a consequence of the spinoff we have the opportunity to be great storytellers across multiple platforms.

How has the media landscape changed and what do you see as Time’s role? If you stand at a checkout counter, you’ll see people on their tablets, on their cellphones. Traditional media has to respond to that. We know there is a very large audience that wants more information than has ever been available before. The worry, of course, is that none of us have yet created the business model that you’re confident is going to work for a long time to come. Given the pace of change, it’s going to take a little bit of time. But this is an exciting time if you are willing to embrace the future. It’s not an exciting time if your only comfort is with what currently exists or used to exist.

Have readers become more comfortable with the changes to the divide between church and state? If I look at the front page of the Financial Times, The Wall Street Journal, even The New York Times, I see ads on the front page. But I don’t think any reader of those publications is confused about what’s news and what’s advertising. If you read news online, you can’t get to a story on a major news site without going through a banner ad and a slide show.

What’s it like returning to a publication? There’s a lot about Time that’s very much the same. There’s no doubt that pressure on print, in terms of revenues, is a fact of life. Yet our subscriptions have been pretty stable and our ad revenue has held up in remarkable ways in lots of places. But as a company we need to grow beyond print.

What other publications do you read? The Awl I had not known, but it [recently] did a lengthy analysis of Entertainment Weekly. There were things I would disagree with, but it was actually a rather remarkable assemblage. I have been reading a lot of local media out of South Asia over the last few weeks about the election in India, about the attacks in Karachi, about stuff on the Syrian-Iraqi border.

What did you think about the front-page story about the Time spinoff in the Times? It’s not surprising to me that it went on the front page. That’s probably where I would have put it. I think it did a pretty good job of laying out our challenges. But from the inside, it doesn’t feel very lonely. It feels actually like its a great time to be here, because so many opportunities are in front of us. If we execute well, we’ll be in great shape. 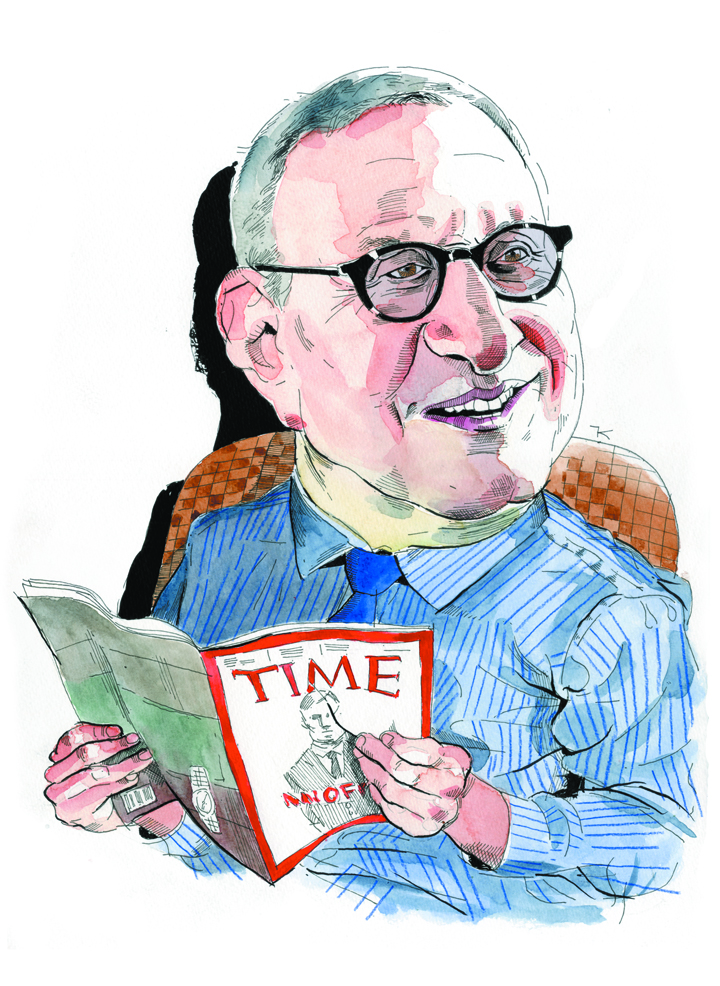