The image yesterday in Washington D.C. of powerful U.S. Sen. Bob Menendez (D-NJ) walking the hallways with Jersey City Mayor Steve Fulop sent a signal of Menendez’s willingness to get behind Fulop and help build the Hudson County mayor.

These two men have a history, which didn’t begin well – and they have divergent styles, one characterized by a reliance on old school loyalty and punishing attention to detail, the other transactional – which may or may not lead them to a sustained statewide partnership in the name of their home county if Fulop runs for governor.

“As the trend of urbanization continues, our economic prosperity will come to depend even more heavily on our ability to move large numbers of people in and out of urban centers quickly,” Fulop told the U.S. Senate’s Committee on Banking, Housing, and Urban Affairs, Subcommittee on Housing, Transportation, and Community Development, chaired by Menendez. “This means direct federal investment in transportation infrastructure, and empowering the local communities to make those investments.”

Menendez listened dutifully, approvingly from his throne of federal power.

A lot of back brawling on the streets of Jersey City led up to that blandly governmental presentation by the D.C. touring mayor.

The decade-long relationship started when Fulop partnered with then-Jersey City Mayor Glenn Cunningham, a fellow Marine, who recruited Fulop in 2004 to run against a certain incumbent U.S. Congressman and heavy-handed chairman of the Hudson County Democratic Organization (HCDO).

If Cunningham and Fulop had the common core of the Corps, Menendez, who never served in the U.S. Military, had turned the HCDO into his own personal version of the Marines, with himself painstakingly fulfilling the role of political Paris Island drill instructor.

Loyalty was key. If a given mayor received an order from Menendez and suddenly felt tired, that mayor left the room feeling far worse than fatigued.

A cop’s cop, Cunningham wasn’t about to get pushed around and he liked that streak he saw in Fulop early.

It didn’t hurt that Fulop had just gotten back from Iraq.

Cunningham died of a heart attack in the middle of that 13th District Congressional contest, while campaigning with Fulop, in fact; leaving his protégé to get run over by Menendez in the Democratic Primary. It is said the two men bumped into each other on the campaign trail at the Grove Street Path Station. Nothing came of the encounter.

But after the election, Menendez held a grudge.

Fulop had run against him and lost.

On a checklist of Hudson County people, Fulop, disloyal, was at the bottom; an occupant of the roadkill pile, who needed to routinely feel Menendez’s treads until he was either rubbed out or groggily left politics.

Not beholden to a machine, not dependent on a public paycheck, the bond trading Fulop decided to hang around.

He began to have too much success at the local level winning hand-to-hand contests with Mayor Jerry Healy and his allies.

He bucked county power for fun, such as in 2008 when he aligned himself with doomed U.S. Senate candidate Rob Andrews of South Jersey against incumbent U.S. Senator Frank Lautenberg.

In the process, he found little ways to attempt to minimize the wrath of Menendez, who, tapped by then-Gov. Jon Corzine, in 2006 left behind his congressional seat to become U.S. Senator and strengthen his statewide powers.

While Corzine wobbled in the early stages, curious about his own Illinois project named Barack Obama from his days as chairman of the Senatorial Campaign Committee, Menendez was Clinton’s staunchest ally early.

Menendez had put the war paint on in Hudson County over a lifetime of politics to get where he was; he wasn’t about to participate in an anointing for the presidency of a pristine brand name like Obama.

Fulop strengthened some backroom relationships in Clinton World, notably with John Graham, one of the members of the Group, the former first lady’s New Jersey fundraising juggernaut.

“He was with Hillary at the outset, Bob,” Graham reminded Menendez during pancake breakfast sit-down.

Graham would go on to help Fulop when he ran for mayor in 2013.

Leading up to that point, several curious and important relationships began to develop, which would strengthen the Menendez-Fulop circuitry.

Graham had the insurance contract.

Then Tommy Bertoli, Fulop’s own version of Scarinci, surfaced on the payroll in the 2011 West New York Mayor’s race.

Everyone talks about loyalty with Menendez, and here was Exhibit A: incumbent Mayor Silverio “Sal” Vega, whom polling showed if not DOA at least close.

Vega’s campaign consisted of a TV on wheels truck constantly circulating, broadcasting images of Vega with Menendez; and of Bertoli landing with chalk and chalk board and a strategy for GOTV victory.

Then in 2012, Hudson County Democratic Chairman Mark Smith, the mayor of Bayonne and – like Cunningham – a cop – decided he didn’t feel like getting muscled by Menendez and endorsed his own candidate for Congress in the developing 10th District Democratic Primary: state Sen. Nia Gill.

He was with Payne.

Healy’s close ally, Smith, was with Gill, and Menendez’s old headache Fulop – gearing up for his own successful mayoral race a year later – was with Payne.

Not for nothing, half of Menendez’s petition signatures came out of Jersey City.

Alert to Fulop’s burgeoning organization as a witness to the school board victories, the senator had told Payne he wouldn’t back him for congress unless Payne backed Fulop.

Smith got his way – in the short term. Hudson gave the line to Gill.

Then Payne beat Gill district-wide, and two years later, Smith was out of a job in Bayonne, courtesy in part of numerous Menendez operatives on the ground taking advantage of an anti-establishment vibe against the mayor.

“In that election, Bob locked up Hudson County big time,” a source told PolitickerNJ, referring to last month’s Bayonne runoff. “He sent a message to Fulop in that election: ‘these guys were never loyal to me, so I’m taking them out.’ He was embarrassed by what Smith did with Gill and by removing him, he showed Fulop that he was still in control.”

Ironically, Fulop was no friend of Smith’s but backed him in the 2014 election because of a deal the mayor cut with him. If Smith backed Fulop’s candidate for mayor of Newark, Ras Baraka, Fulop would back Smith.

It was purely transactional, and reflective of Fulop’s ability to overcome the emotion of wanting to get rid of a past enemy who had worked relentlessly against him a year earlier – for the sake of what looked like pragmatic politics.

“They’re both pragmatic,” another source said, considering Menendez and Fulop. “But Steve, at least right now, appears to have no permanent friends and no permanent enemies, just a permanent interest, which is himself.”

The friends continue to marvel at his ability to keep his word to them.

As for the enemies, Fulop might have been one of them, and ended up like Smith, or so runs the backroom argument coming out of Bayonne, if not for the players and politics whose friendship with Menendez got the senator to see otherwise and to appreciate a past rival.

“In the end, Bob sees too the implications of a Hudson County governor, which the state has never had,” a source said, reflecting on the Jersey City mayor’s political ambitions. “You take the advantage when it’s in front of you.” 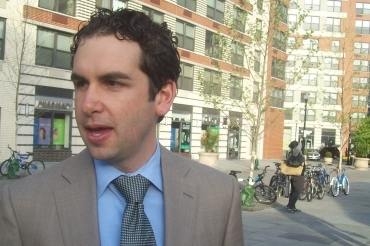