After all of the furor over Facebook’s invasive experiments on users’ news feeds, other startups running the same plays had to be thinking: “What do we do now?” In the case of OkCupid, their version of ass-covering is to come out loud and proud about the games they’ve been playing with their users’ hearts.

OkCupid posted a snarky, image-loaded essay on their blog today called “We Experiment On Human Beings!” where they make a list of hijinxes they’ve pulled on their users without them knowing, all in the name of science. In the post, OkCupid cofounder Christian Rudder points to how offended people were that Facebook published a research report based on manipulating users’ news feeds.

“[G]uess what, everybody: if you use the Internet, you’re the subject of hundreds of experiments at any given time, on every site,” Mr. Rudder writes. “That’s how websites work.”

The three experiments seem more like goofy pranks your friends would play on you than a startup A/B testing for product development purposes.

The first example was less of an experiment than it was an observation: when OkCupid stripped away profile pictures from the entire site, people were more likely to talk and exchange contact information. Then, when they restored the pictures, they found people tended to suddenly snap out of it, “like we’d turned on the bright lights at the bar at midnight.”

Their second experiment was the most depressing: they found that when it comes to rating people, nobody cares what your profile information is. For this experiment, they stripped away people’s profile information to find out how people would rate them, and found that “essentially, the text is less than 10% of what people think of you” — statistically confirming one of the most base, depressing human stereotypes we know.

Their third experiment was the most downright manipulative. For this, they took people who were only 30 percent matches and converted them to 90 percent matches — and vice versa — to see if people were more or less likely to carry on a conversation based on what they think their match percentile is with someone. They found that if you amplify a score, the conversations last longer. On the other hand, compatible people who were led to believe they weren’t matches were still capable of carrying on long conversations

Despite OkCupid’s secret tests, they’re still doing better than Facebook, whose researchers specifically set out to manipulate emotions, and purposefully made people unhappy in the process. Additionally, the information everyone keeps on Facebook is generally private and personal, like family photos, home addresses, contact information and a list of friends. The information people put on dating sites are generally flattering half-truths and shimmering distortions designed to present the best version of themselves.

Not that people should shrug off OkCupid’s heart games as all in good fun. After all, just because they admit it now with a wink and a smile doesn’t absolve them of the same scrutiny Facebook is receiving. 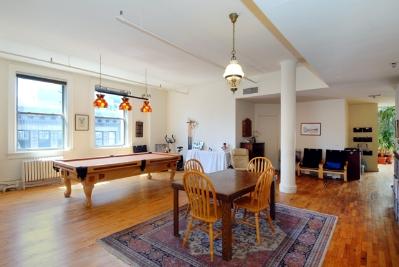