This Thursday and Friday the Internal Revenue Service will be in federal court to explain its inexplicable “loss” of thousands of emails from multiple computers at the same time—just the emails that tie the White House to the use of the IRS to target the president’s political opponents.

The IRS has to make two separate appearances in two separate cases before two separate judges in two separate courtrooms. Making things interesting, both judges have the legal authority, moral compass and courageous personality to appoint a special prosecutor if the IRS does not comply with the court’s orders. This week the IRS finds itself in the ring with two fair, honest, just, venerable and no-nonsense judges: Emmet G. Sullivan, appointed by President Bill Clinton, and Reggie Walton, appointed by President George W. Bush. With Judges Sullivan and Walton in the ring, the IRS can no longer run and can no longer hide.

This Thursday, July 10, in the Freedom of Information Act suit filed by Judicial Watch, the IRS will appear before United States District Judge Emmet G. Sullivan (D.D.C.). The IRS will have to explain why it failed to inform him and Judicial Watch that thousands of emails it was to produce were “missing” and why its status report was false. Judge Sullivan will expect an explanation from the IRS and its Justice Department attorneys.

Expect those missing emails to reappear quickly or expect Judge Sullivan to provide assistance—perhaps even a special prosecutor—to find them.

As first reported in The Observer last week, Judge Sullivan is no stranger to appointing a special prosecutor, having done so in the corrupt and subsequently dismissed prosecution of United States Senator Ted Stevens. In Stevens’ case, the final report of Special Prosecutor Henry Schuelke found pervasive, systematic and intentional concealment of exculpatory evidence by Department of Justice attorneys.

The IRS has already filed a “status report” in his court that failed to report the status with any accuracy whatsoever. That false filing alone puts the IRS on the ropes for this hearing, not to mention it’s a flagrant violation of federal and ethical rules. Judge Sullivan is eminently fair and measured; he is well-prepared to demand the truth and hold accountable those who seek to hide it from the American people and the federal court.

As documented in my book, Licensed to Lie: Exposing Corruption in the Department of Justice, Judge Sullivan, well aware that the Department of Justice can’t always be trusted, saw through the government’s lies and appointed a special prosecutor to uncover the truth. He is an American hero and a champion of justice, unswayed by ideological bias, political preference, or personal expediency.

The courtroom will be packed. Get there early for fireworks.

The very next day, Friday, July 11, the IRS will have to answer to United States District Judge Reggie Walton (D.D.C.). Judge Walton, like myself, is a former federal prosecutor. Former Assistant United States Attorneys often make the best federal judges. They usually expect Department lawyers to get it right and hold them to the high standards to which those entrusted with the power of the sovereign and the trust of the people should be held.

Judge Walton has been on the federal bench 13 years and has presided over high-profile trials, including the perjury and obstruction of justice prosecutions of I. Lewis “Scooter” Libby (Dick Cheney’s Chief of Staff) and former Major League Baseball all-star Roger Clemens.

Judge Walton is set to address the failure of the IRS to produce the “missing” emails in an action filed by True the Vote—a conservative group targeted by IRS in 2010 and 2012. True the Vote filed a motion in Judge Walton’s court last week asking the court to appoint an independent forensics expert to examine the hard drives from which the thousands of emails, including exchanges with the White House, suddenly disappeared. The government seeks dismissal of the motion (of course).

Judge Walton would be well within legal bounds to enter an order allowing inspection of the hard drives. In fact, he could order them brought

into his courtroom on Friday if he so chooses, perhaps after a brief recess for lunch, or he could appoint an expert to go into the IRS, their servers and any other potential source of the countless backup copies in cyberspace or devices.

According to technological experts, multiple copies of the IRS emails are obtainable with just a few clicks of the mouse. In addition to the Exchange, *.PST or *.OST stores on the local machines at all ends of each email, there are stores on the Exchange servers themselves that get backed up with multiple archived redundant full backups. These backups are tested for disaster recovery and business continuity. Moreover, when a government hard drive is decommissioned, I’ve been told that there are strict procedures that must be followed in order to recover the data or certify that it is, indeed, unrecoverable. Someone can be required to certify that under oath. Wonder who wants to risk perjury in front of either of these judges?

Perhaps, Judge Walton believes that the emails are truly missing. Unfortunately for the IRS and DOJ, such an outcome is unlikely. Indeed, through a simple twist of fate, Judge Walton happens to have spent years on the United States Foreign Intelligence Surveillance Court, thus making him intimately familiar with the infinite staying-power of electronic mail.

This is the perfect time for what the Founders created as an independent and equal third branch of government—the Article III Federal Judiciary—to serve as the check and balance it was intended to be on the otherwise unbridled abuse of power and deceit by the IRS and the Executive Branch.

The American people want the truth. And it is only when we have the truth that we can solve the real problem. Americans are fed up with the intellectually insulting excuses from the IRS, bald denials from the White House and whining attacks from government attorneys.

Neither Judge Sullivan nor Judge Walton pull any punches, and both of them have the power to appoint a special prosecutor and deliver a knockout blow to the IRS. 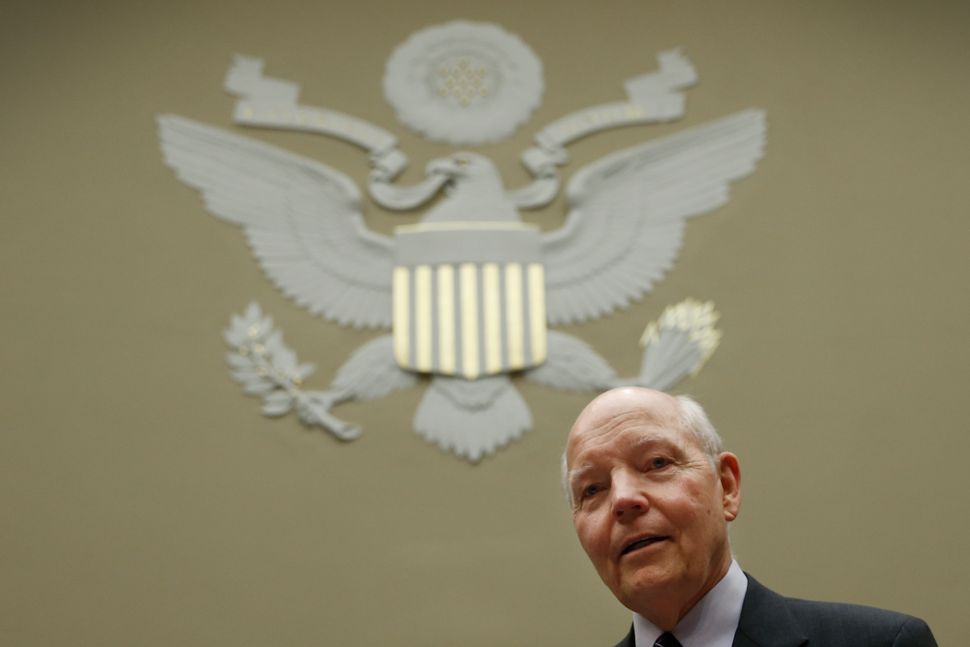