Oyster is on a roll lately. They’ve been signing up new publishers, launching new apps, getting good reviews — they’ve even gotten people to rightfully start calling them the “Netflix for Books.”

To add to all of that, as of this morning Oyster is launching their desktop app, making their books available wherever there’s a working browser tab. Though everyone’s Internet usage is shifting to mobile in just about every conceivable way, Oyster CEO Eric Stromberg says that desktop readers are still a big share of the market.

“Back in 2011, reading books on a desktop was more popular than tablets and smartphones,” Mr. Stromberg told Betabeat. “Fast forward, and still about a third of ebook readers still read on their computer.”

The desktop design is supposed to reflect the way people read in their browser these days — instead of going page by page through a book, chapters scroll from top to bottom like an article.

“If you read books on the web, usually it’s like viewing a PDF,” Mr. Stromberg said. “We wanted to make it feel like reading a blog post, or an article from the New York Times or Medium.”

With the launch of a desktop app, it also makes Oyster available everywhere the Kindle app is available, which is good, because Amazon is trying to come into Oyster’s subscription-service territory.

Just last week, Amazon — who has long been the ebook titan — announced they were going to come after Oyster’s by launching their own subscription service, Amazon Unlimited. Unfortunately for Amazon, they managed to piss off the Big Five publishers in the earlier days of the ebook revolution, and now those publishers are offering subscriptions through Mr. Stromberg’s service instead, leaving Amazon Unlimited with a slew of self-published authors and a middling few independent blockbusters.

Whether or not Amazon’s new service is a serious threat, Mr. Stromberg isn’t terribly concerned, or even surprised.

“Being chased by big companies isn’t a new for growing startups,” he said. “Amazon has tried to pivot from transactions to subscriptions in other kinds of media before, with limited success.” 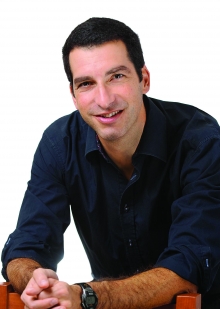