WASHINGTON, DC –  U.S. Rep. Bill Pascrell, Jr. (D-9) noted the passing on Tuesday of former Congressman Robert A. Roe, who represented New Jersey in the United States House of Representatives for over twenty-three years, serving from November 4, 1969 to January 3, 1993.

“It is with deep sadness that I learned of the passing of my good friend, Congressman Bob Roe. A true champion of transportation throughout the country, people unknowingly witness Bob’s legacy through the many roads, highways and bridges they travel each and every day. In fact, the federal building which houses my district office is named after him, a fitting tribute to Bob’s work on behalf of the people of New Jersey,” said Pascrell in a written statement. “As Chairman of the Committee on Public Works and Transportation, Bob succeeded in passing a bipartisan transportation reauthorization that both Democrats and Republicans could be proud of.  As we struggle with a long term solution to funding the Highway Trust Fund, I only wish we had some of Bob’s bipartisan leadership today. My thoughts and prayers go out to Bob’s family during this difficult time.” 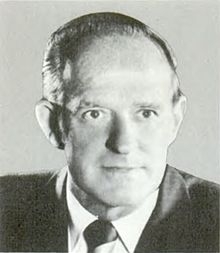