Senator Joe Pennacchio (R-26), sponsor of comprehensive bi-state legislation to reform the troubled Delaware River Port Authority, reacted to news that the public agency now spends $7,500 per month on a politically connected “crisis communicator” to try to look better, in light of missing emails in a federal probe.

“I’ll be the DRPA’s ‘crisis communicator,’ free of charge,” Pennacchio volunteered. “The message is simple: ‘We are sorry. We screwed up. Over the years, we have lost the proper focus and politics has clouded our good judgment. We have lost your trust by wasting and abusing your money, but we want to regain that trust and serve the best interests of hundreds of thousands of hard-working commuters. We finally embrace and encourage the passage of bi-state legislative reform, so that these issues never happen again and the DRPA is forever transparent and accountable to the public.’”

In April, Assistant Senate Republican Leader and Transportation Committeeman Pennacchio joined counterparts in Pennsylvania’s legislature to introduce DRPA reform bill S-2013, which, in part, would require current or prospective DRPA vendors to annually disclose political campaign contributions and disclose any contributions made within four years prior to the vendor’s involvement with the DRPA. Those disclosures would be public record under the legislation.

Last week, Pennacchio continued his calls for the bipartisan passage of this legislation, as the New Jersey Senate passed a measure to reform the similarly troubled Port Authority of New York & New Jersey. 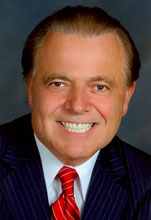