This duplex in the northern tower of River House—the famed Art Deco co-op and one-time pillar of society at 435 East 52nd Street—doesn’t lack for drama. The 14-room apartment, which has striking East River views, was done over by Valerian Rybar when owner Arlene Farkas and her then-husband, department store heir Bruce Farkas, bought it in the 1970s. And it bears all the opulent, if somewhat time-smudged fingerprints of Mr. Rybar, who in 1972 was dubbed “the most expensive designer in the world.” Walls are lined in chocolate-brown velvet, the drawing room floor is of etched stainless steel and one of the home’s two fireplaces is trimmed with inlaid tortoise shell.

Indeed, the drama of the five-bedroom, five-and-a-half-bath spread is matched only by the drama that has played out around it. The duplex spent decades entangled in legal wrangling between Mr. and Ms. Farkas, who slogged through a lengthy divorce after Mr. Farkas was discovered to also be married to his secretary, according to The Times, a deception that was revealed when children from both marriages were sent to the same private school.

But this spring, after a listing saga lasting more than a decade, the French government swooped in and signed a contract to buy the apartment for $7.8 million. France hoped to secure a new abode for the U.N. ambassador after selling the longtime ambassadorial perch at 740 Park. (It went for $70 million.)

But quel dommage! As The Wall Street Journal reported, one resident agitated against allowing a diplomat to buy in the building, and the entertaining limitations the board imposed to appease her were so onerous he backed out.

“It would have been such a coup for River House,” said broker Nikki Field of Sotheby’s International Realty, who shares the listing with colleagues Patricia Wheatley and Sheila Ellis. “We were thrilled that the French government, which had been a 35-year resident at 740 Park—arguably one of the finest buildings in the city—was considering this residence. It was a win for everyone.”

Now the apartment is back on the market, at a slightly higher $8.2 million, a bargain considering that it boasts features like a “grand, baronial dining room that can easily seat 30,” Ms. Field said.

And the rejection of the French ambassador had produced a flurry of interest.

“You know the French are renowned for their exquisite taste,” she said. “Quite candidly, people are very excited about buying the apartment that the French ambassador wanted to live in.” 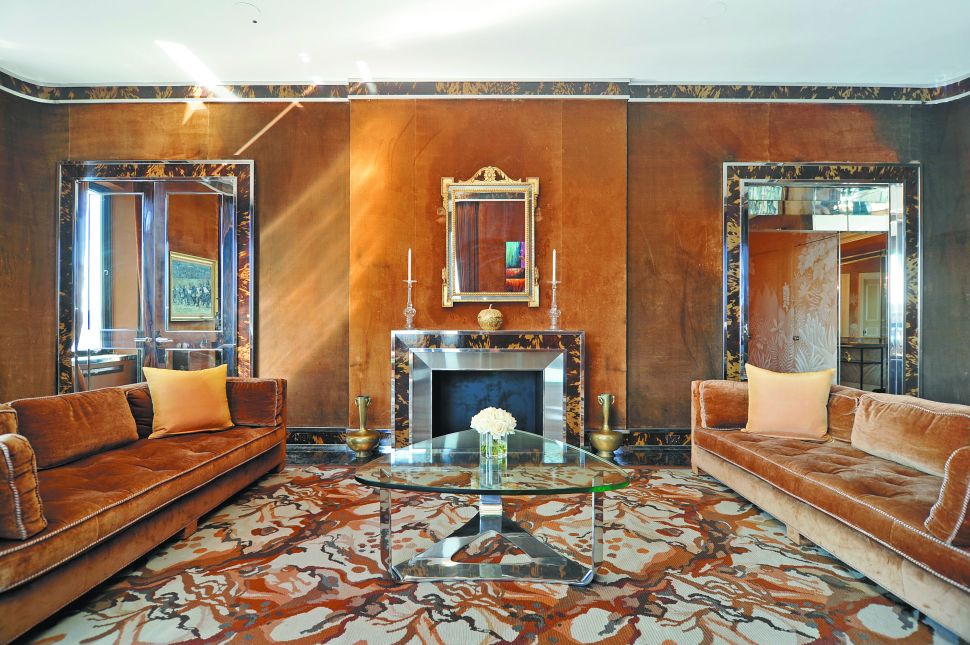