The Working Families Party-endorsed candidate vowed to work for increased environmental efficiency in state office buildings and to prevent Wal-Mart from setting up shop in New York City.

“I’ve actually got a record of results for real families and working people,” said Mr. Sikora, touting his past advocacy in Albany for the New York Public Interest Research Group and the Communication Workers of America union.

“He’s a champion for both progressive change in Albany and will fight for those issues that make these neighborhoods great,” the Park Slope councilman said. “It’s a challenge to find someone who’s got a great record.”

“Brad and I had good conversations about this campaign and how my experience as a community activist and Democratic district leader would be an asset in the state Assembly,” Ms. Simon said in a statement. “I’m dismayed that Brad would support a paid lobbyist with such limited involvement within our district and the organizations that are its lifeblood over my proven record of community activism, leadership and reform.”

Mr. Lander defended Mr. Sikora’s line of work to the Observer, arguing that the candidate only ever lobbied on behalf of environmental and social justice issues.

“If what lobbying means is somebody who’s lobbied to keep kids safe from lead poisoning, to protect the environment, to fight income inequality, and for progressive issues, that’s the kind of lobbying I want to support,” Mr. Lander said.

“I’m a registered lobbyist and I’m proud to be so,” said Mr. Sikora. 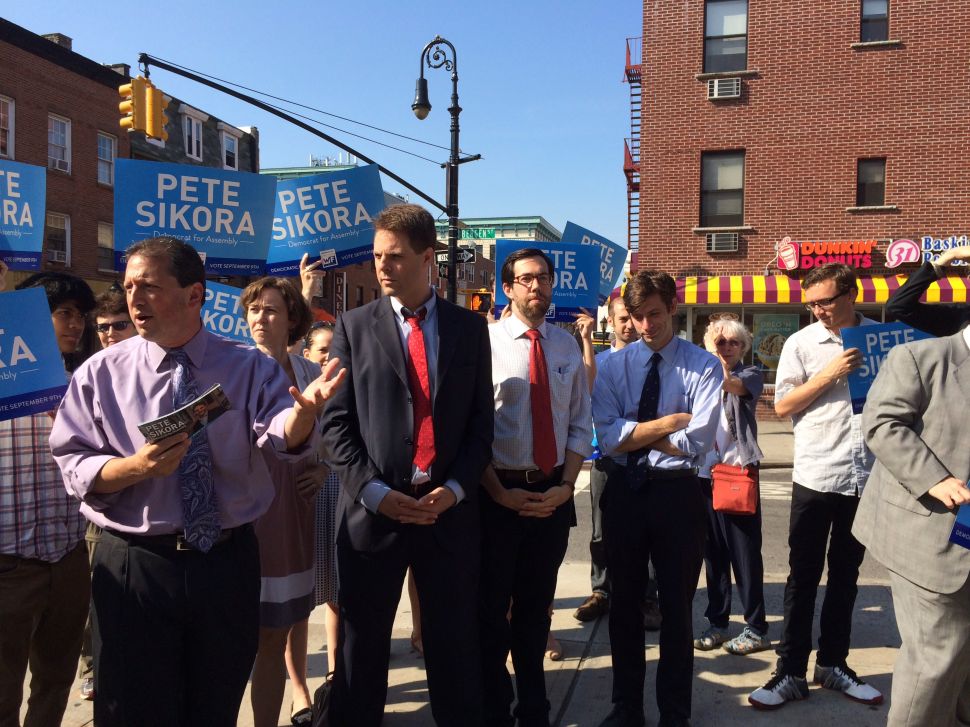