We have this, through a frayed copy of the New York Observer, that the late Arthur Gelb, fabled managing editor of the New York Times, used a tuning fork to test his baby son Peter’s musical talents. They turned out, alas, not to be extraordinary. But the father still thought that the child possessed some “interesting musical genes.” And why should he not have? After all, the tot had in his veins the blood of Jascha Heifetz, the Jewish wunderkind violinist from Vilna, his mother being the virtuoso’s niece.

Anyway, he did turn out to have a flair for the music business. After running divisions at Columbia Artists and Sony Classical, Peter Gelb was summoned to the helm at the Metropolitan Opera, from which perch he could decide on what was truly great. I don’t believe that he actually bestowed that accolade on either of the past season’s daring productions, Two Boys and The Nose. But the Met audience pronounced itself indifferent to both, either by not coming in the first place or, more devastatingly, by leaving early, as I confess I did. “Why,” a pal asked me, “do you make yourself a perpetual contender for operatic punishment?” “Because I hope to see another Billy Budd.”

Well, I am not buying tickets to the The Death of Klinghoffer for the next season. In 2003 I saw the Brooklyn Academy of Music production of the terrorist saga, which was so appallingly amoral that I forced myself through to the end as a sort of ethical discipline. Worse than amoral, it was tedious. Perhaps musical beauty cannot be made out of a tale of the cold-blooded killing of a crippled Jew.

In The Death of Klinghoffer, this crippled Jew, this virtually helpless victim, somehow becomes a symbol of Jewish power. This opera by the composer John Adams and the librettist Alice Goodman does not recoil in horror from the crime it depicts. In this account of the terrorist incident on the Achille Lauro in 1985 the killers have apocalyptic poetry on their side and the victims have bourgeois worries on theirs. But Peter Gelb has pronounced it a “great” work. And the New York Times appears to editorially agree. As it happens, however, the most devastating early-on critiques of the opera were precisely in the Times, as several scholarly sources have noted.

Its own then chief music critic Edward Rothstein, now a Times cultural critic at-large, contrasts the elevated historical framework of the Palestinians’ actions with the nudgy tawdriness of the Klinghoffers and their friends, the Rumours. But since the real setting is actually a deep-seated national conflict, the opera wreaks havoc with the Jews. Their representatives are not Israelis and not even American Zionists. Klinghoffer may as well be Willy Loman, and in the operas’s portrayal he has certain Lomanish traits. Willy may have been Jewish, but he was no Zionist.

The great historian of music Richard Taruskin, also in the Times, makes an ethical case against the slippery argument that all “art” should be protected by tolerance. His argument is not for censorship but for forbearance, for judgment. This testimony is an argument with the avant-garde cultural aristocracy which behaves as if they believe -and they may- that anything that is anti-American or anti-Zionist is ipso facto progressive, hence valid and virtuous. The opera, Mr. Taruskin wrote, simply “romanticiz(ed) terrorists.”

John Adams can work his clunky, chunky music to his heart’s content. And so I suppose can Alice Goodman work her poetry. Ms. Goodman was born a Jew. She is now an Anglican priest, serving the Church of England, first as chaplain at Trinity College, Cambridge, latterly at a group of parishes near the university. The truth is that it is not Mr. Adams’ music that is at the core of the controversy. It is Ms. Goodman’s words. She is no free spirit in this church, which has been fighting with the Jewish nation and the British Jewish community for decades.

A year and a half ago, Ms. Goodman gave an interview to the Guardian in which she clearly felt at ease with her interlocutor, Stuart Jeffries. Her confessions, on which almost no one in the States has picked up, are revealing. “I converted to Christianity between writing the choruses and arias of Klinghoffer.” That is, the libretto was being written while she was completing her journey away from her Jewish upbringing.

“It was made more difficult…because my parents were still alive -very strong people with strong opinions. My family is observant and I had a proper Jewish upbringing.” She says that, while she stayed away from the more difficult ramifications of that upbringing, she nevertheless “plunged into the ‘hot quicksand’ of the Arab-Israeli conflict…into the vortex of questions about Israel’s right to exist…” It is clear that she doesn’t believe it has one. That’s the real message of the Metropolitan’s oh-so-daring production.

Writing the libretto was the culmination of a spiritual and ethical journey for Ms. Goodman. “The Judaism I was raised in was strongly Zionist. It had two foci… the Shoah (the Holocaust) and the State of Israel, and they were related in the same way that the crucifixion is related to the resurrection in Christianity. Even when I was a child, I did not totally buy that. I didn’t buy the State of Israel being recompense for the murder of European Jewry.”

This is the confessional testimony of the librettist. It is up to the board of the Metropolitan Opera and to Peter Gelb, a descendant of Jascha Heifetz, who played his violin to lift the spirits of Jewish Palestine and of the State of Israel, to decide whether they are willing to sponsor and endorse Alice Goodman’s faux innocent and malevolent view of the Arab war against Zion. If the depiction of the Jews and Israel in this work is too troubling to warrant the cancellation of its dissemination in movie houses (and Mr. Gelb was certainly correct in his decision not to show it cinematically), why is it not too troubling to present on the Met’s stage? 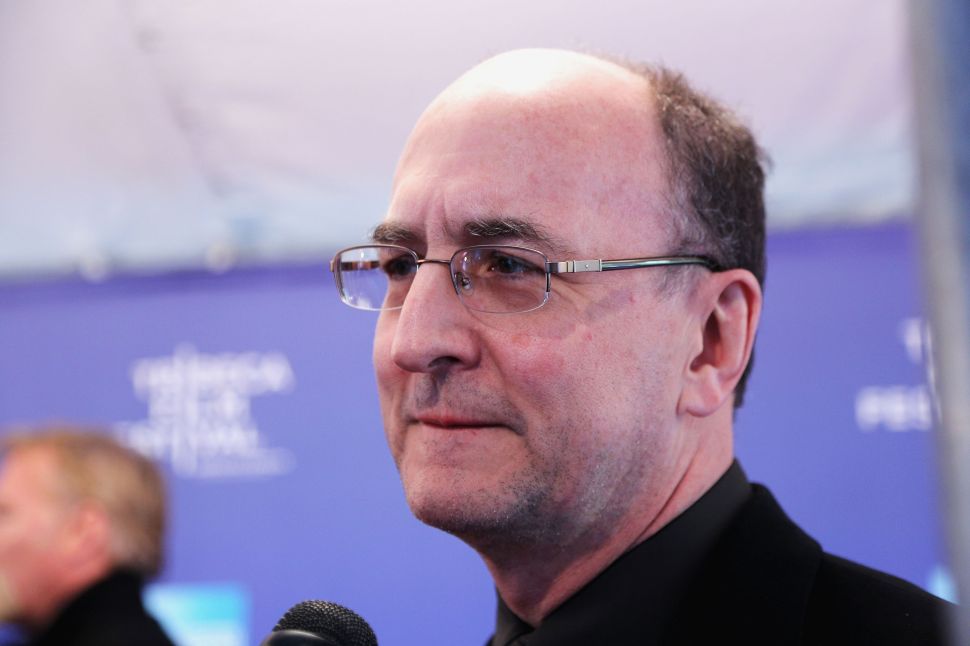