Painter and photographer Gandee Vasan discusses the more human characteristics of our canine companions and how to get a dog to stand up straight.

How did you get into photographing animals and what interests you about photography as a medium?

I fell into animal photography quite by accident! We have a beautiful Golden Retriever called Basil and my wife used to take him to the dog grooming parlour and every time she took him there it was £28. So I asked her why she didn’t just hose him down in the garden and she said to me, “You don’t know anything about dogs! I can’t just hose him down in the garden—he needs to be cut and groomed because he sheds a lot hair, and besides, if he is in the garden he will only dry himself in the grass and become even more messy.” So (rightly) she didn’t take any notice of me and carried on taking him to the grooming parlour called “Top Dogs” in Wimbledon where we live. One day she asked me to pick him up from the parlour as she needed to pick up our daughter from the school. I turned up to pick up our dog and seeing all the dogs at the groomers was really fascinating. They looked so expressive—some of them were in the sink shivering, others were holding their paws out to have the nails trimmed, and others were wincing when having their hair blow dried. The whole thing inspired me and gave me the idea to [photograph] dogs to look like people. I entered the resulting images to the PDN (Photo District News) PIX photo awards in 2005 and the images won four merits. A publisher in New Zealand saw the magazine and asked if I’d like to do a coffee table book on dogs. After the book was published, advertising agencies started to approach me to shoot campaigns. Since then I’ve shot campaigns for Pedigree, Purina and other major pet brands [as well as] other animal related products around the world. I started off as a fine artist—my first passion is painting and it still is. I love painting real and recognisable things. Photography was a natural extension of that. The beauty of photography was that it freezes time and conveys human emotion like no other medium. With the advent of computers, the line between photography and painting  has blurred, which is great, as you can combine the two to make wonderful images. What’s your favorite part about being an animal photographer?

The best part is that unexpected things happen on animal shoots. You just don’t know how the animal will respond because unlike human beings you can’t art direct an animal. I started off as a portrait painter as a youngster and I loved painting pictures of people. Once I started photographing animals, I found that they were more human in their expressions than people are. Some bulldogs look like wrinkly old men. There are Afghan Hounds that carry themselves like tall graceful blonde women. There are standard poodles that walk like ballerinas. They are almost caricatures of human beings. Animal shoots are filled with laughter and love. It can be very deceptive as when there is a client wanting a specific shot, it can be very challenging. It’s still a mystery to me as to how you got the dogs to stand on their hind legs for the photos. How did you do it?

The shoot we did of the animals with the clothes was done with altered baby clothes so that they fit the dogs. We also used trained dogs that could stand on their hind legs, but on some dogs, to get the pose, we had to hold up the front legs with string and then take the string out in post [production]. You do amazing post production work. Do you have any advice on how to stay up to date and current with technology?

I started as a retoucher in 1989 in the early days of digital image manipulation and retouching so I’ve had a lot of practice. The technology is constantly improving and a lot of things are [getting] easier to do. It’s the same with the latest digital cameras—the quality of the files is improving all the time and digital capture has become so much cheaper than it used to be, but there is no substitute for the artistic input, creativity, and experience. It’s just practice, practice and more practice and meticulous attention to detail. Like Steve Martin says, “You got to be so good they can’t ignore you.” That of course takes commitment. 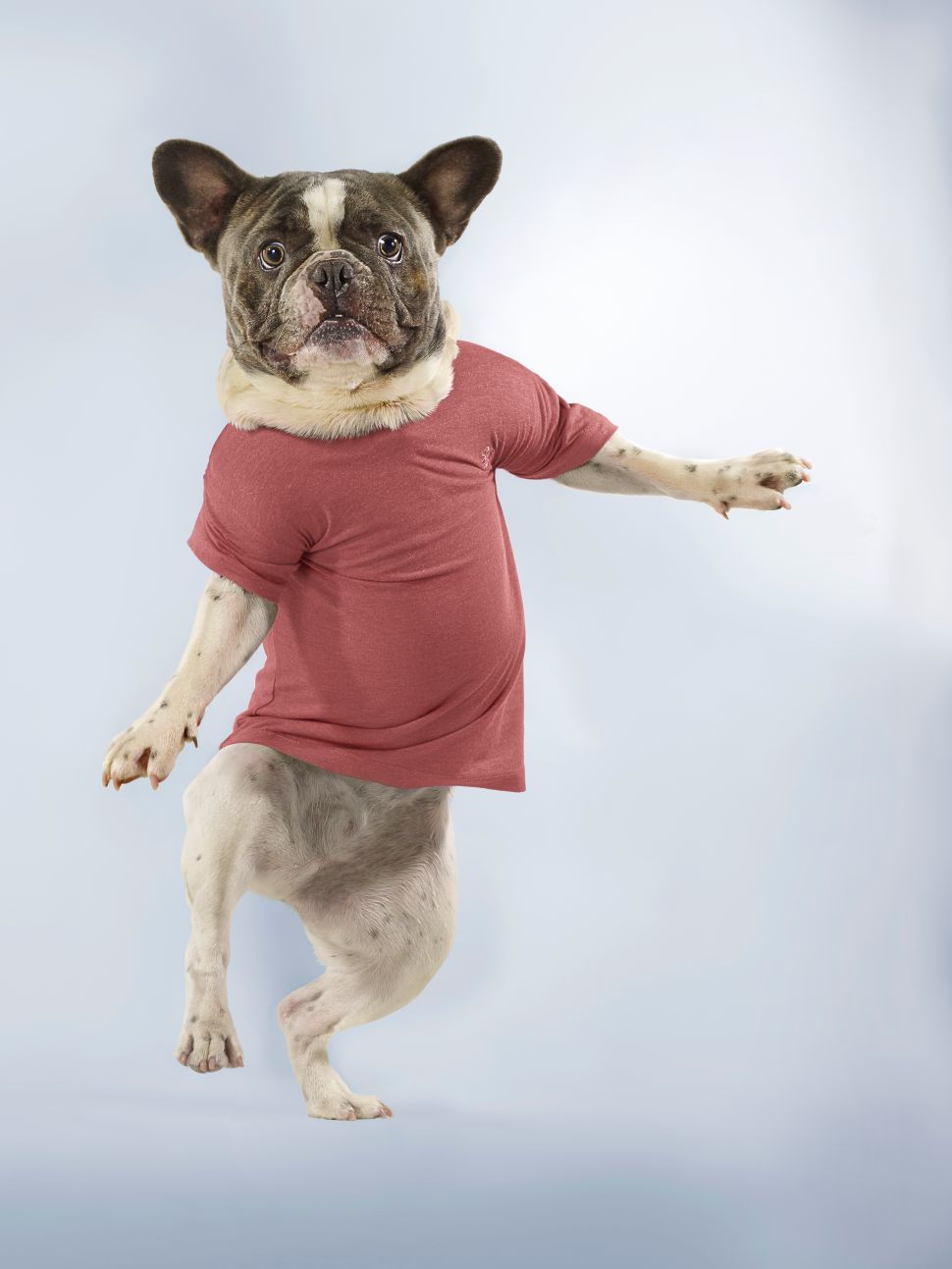