PARSIPANNY – Standing in front of a battalion of orange t-shirted LIUNA stawarts and middle aged men in suits and sunglasses at the edge of a roaring highway, Vice President of the NJ Laborers Union Ray Pocino complained about the absence of a sustained plan to fund the federal Highway Trust Fund.

Congress has a temporary patch plan to replenish some of the fund’s monies before the fund expires next week.

“This is nothing more than a band aid and the kind of solution that we see all too often with a lack of leadership on this critical issue,” said Pocino, making sure he noted, in the presence of U.S. Senators Cory Booker and Bob Menendez, that he wasn’t talking about them.

“We have a critical need for long-term transportation funding,” said the labor leader. “This funding solution is unacceptable.”

Highway Transportation Secretary Anthony Foxx, the former mayor of Charlotte, North Carolina, said the quick-fix bill would pump in $10 plus billion, which would keep the fund alive through May of 2015.

The fund would be financed through a combined gas tax and pro growth business tax reforms, including corporate tax reductions. 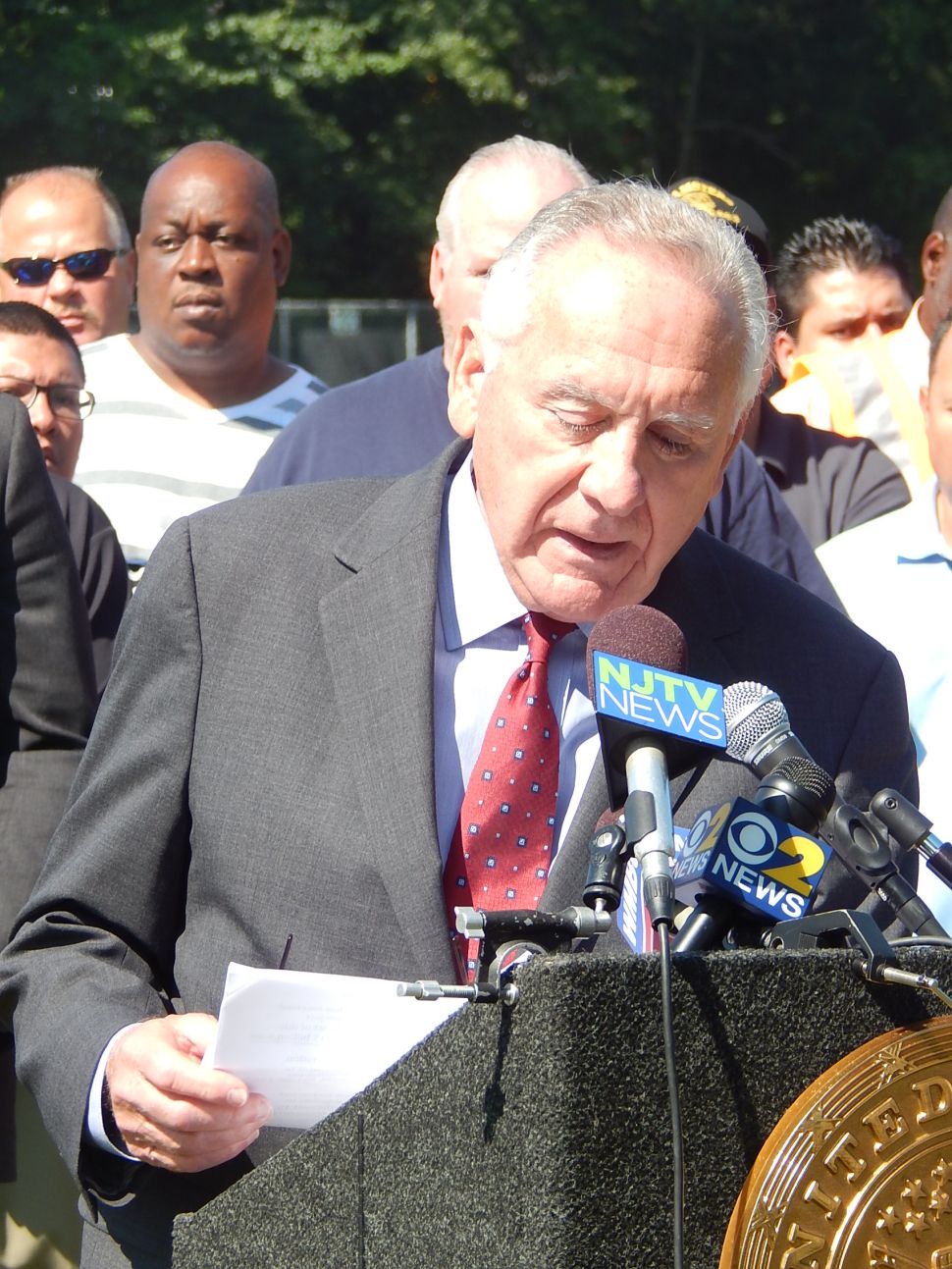