Under the new bill, which represents renewed efforts by advocates and legislators to bring about greater tuition equality for children of undocumented immigrants, students eligible for in-state tuition under recently passed legislation by Gov. Chris Christie would also be allowed to apply for state financial aid when enrolling in New Jersey colleges and universities.

“Last year, I think we took a great step forward as we gave tuition equality to certain residents of the state of New Jersey that were undocumented, which was the right thing to do so I commend the governor for signing that into law,” Assembly Speaker Vinny Prieto (D-32), who spoke about the bill at a press conference at the State House today, said of the governor’s December singing of the DREAM Act. “But we this year tried to get parity and equal opportunity to be able to get grants, to be able to make college affordable to them. We put it in the budget and it was line item vetoed, and that’s why we’re here today.”

It’s the third attempt by tuition equality advocates, backed by legislators like Prieto, Assembly Budget Committee Chair Gary Schaer (D-36) and Assemblyman Gordon M. Johnson (D-37), to open up the floodgates of state aid to undocumented students in an effort to further lessen the costs of going college.

Christie halted legislators’ first attempt when he conditionally vetoed an earlier version of the DREAM Act in December, which included a provision that would make undocumented students who are eligible for in-state tuition also eligible for state financial aid.

The second and latest attempt sputtered when Christie nixed a similar provision, this one to grant undocumented students access to Tuition Aid Grant funds, from the Democrats’ budget this week with a line item veto.

Shaer, who also spoke at today’s press conference, said the new bill will allow those students to apply for a range of state aid, not just TAG funds.

“It is unfortunate that the Governor vetoed that portion of the budget, which would’ve allowed and provided for not a financial expansion of TAG funds, but rather a reallocation of TAG funds,” he said. “There was not a new dollar provided to the budget as we had presented it to the governor under the speakers leadership. Not a new dollar would have been provided but rather would have been reallocated so that more New Jersey children and young adults could benefit. That was the overriding message.”

He added that tuition equity should be a top economic priority.

“We’ve heard from the Governor most recently in terms of his comments about budget sustainability. Perhaps one of the issues we should be examining with the Governor’s good graces as well is the sustainability of an economy which provides, allows and encourages its students, whatever their status, to attend our public schools, to invest 10 of thousands each and every year into their education — and yet, to stop them, to prevent them in terms of college tuition.”

Prieto couldn’t say exactly how many students might benefit from the legislation, or whether their latest effort will suffer the same fate as previous ones.

“We’re trying to do what we believe is the right thing and we were trying to do it by budget language … but obviously we’re going to try and go the route of legislation,” he said, acknowledging there’s little they can do once the bill is in Christie’s hands. “That … would be a question for him. I don’t like to work in hypotheticals.”

Giancarlo Tello, a youth program organizer for New Jersey Working Families Alliance and a student of undocumented status, said he’s just one example of who this legislation might help, should it be passed into law.

Tello, who grew up in New Jersey and attended Rutgers University, didn’t discover he was undocumented until he took a driver’s education course in his sophomore year of high school.

Johnson, another one of the bill’s co-sponsors, echoed those sentiments.

“If they’re educated in this state, through 12 years of high school, if they’ve lived here, if america is their country, the only country they know, they should have access to the grants that are out there,” he said. 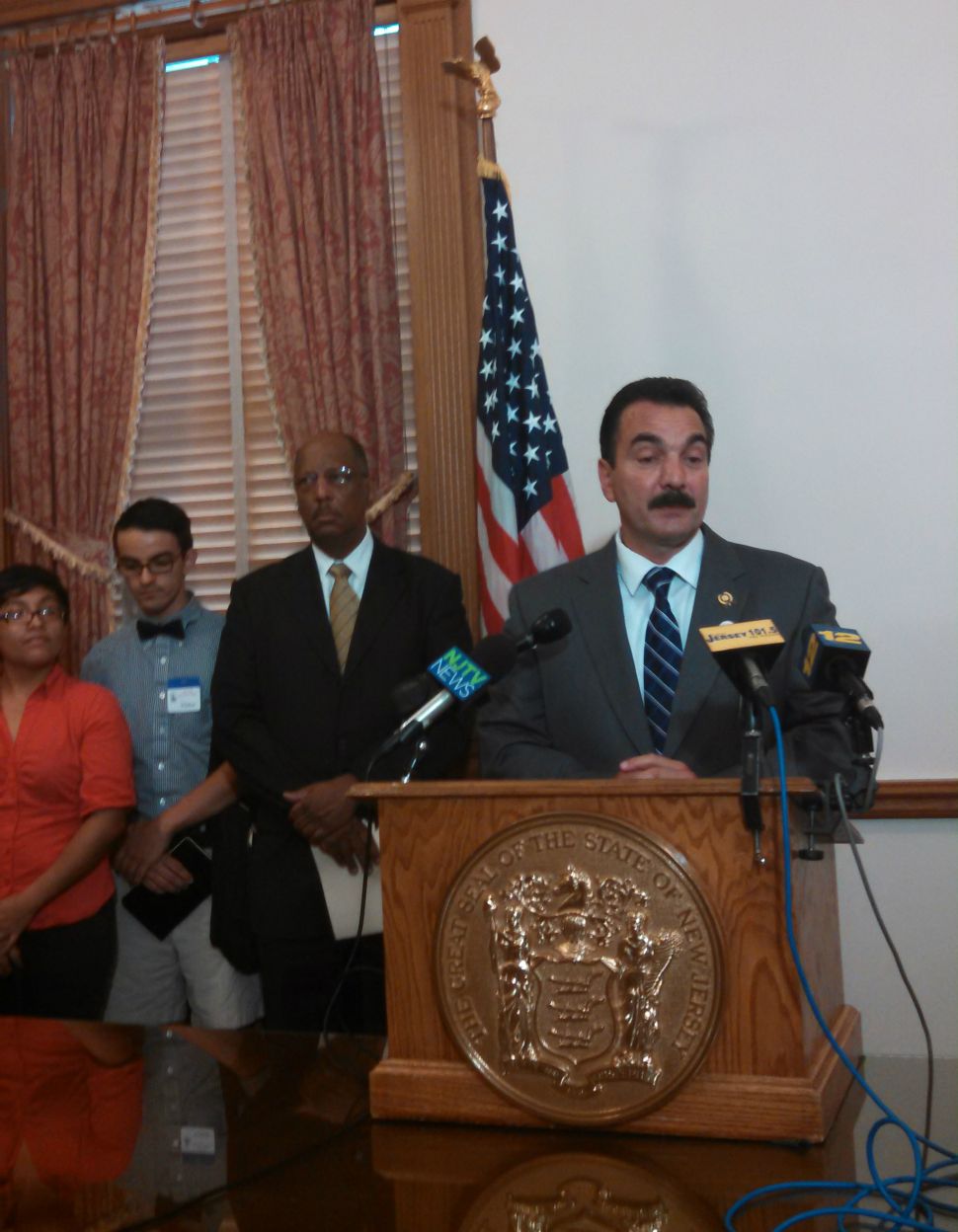