In what has to be the most epic social media news of our time, the Queen of England recently staged a spectacular photobomb in an Australian athlete’s Instagram selfie.

The legendary photobomb occurred as hockey player Jayde Taylor and her teammate snapped a photo of themselves at the Commonwealth Games in Glasgow, Scotland’s Daily Record reports.

Her Majesty, who was there to watch the sporting event, happened to stroll by as the women were taking the photo, and — shockingly, tbh — smiled.

It’s possible she was in a good mood that day, but we secretly expect she’s just angling to overtake Prince George as the Internet’s fave member of the royal family. 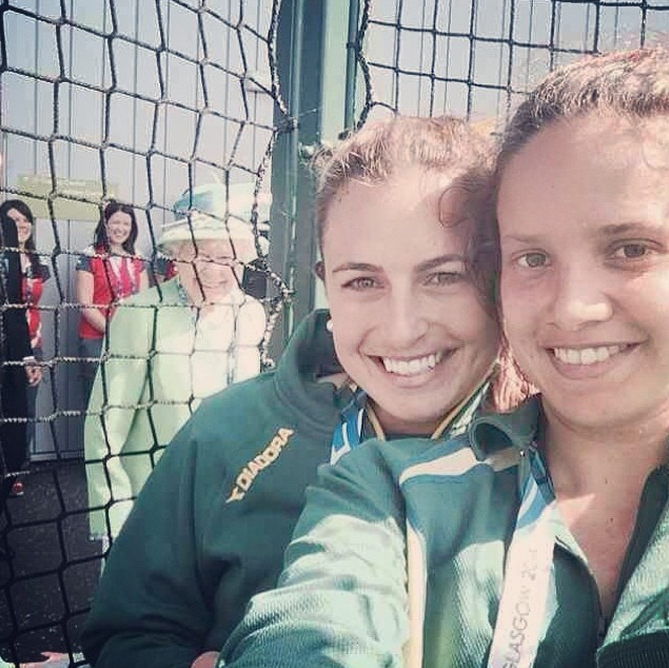