At her campaign office’s opening event, Albany hopeful Rebecca Seawright promised to be a stark contrast to her predecessor.

“We should have absolutely no tolerance for sexual harassment. Period. There should not be any sexual harassment or any misconduct. We should really hold our legislator to a high standard as public officials,” Ms. Seawright told the Observer, referring to the alleged sexual harassment accusations that kept Assemblyman Micah Kellner from running for re-election.

Ms. Seawright, who is running as a candidate for the Upper East Side and Roosevelt Island-based seat, also spoke about the importance of having female representation at the state level. Ms. Seawright is currently the only woman candidate in the race.

“A woman has never held this position on the Upper East Side, representing East 61st to East 92 and Roosevelt Island,” she said. “My inspiration for running for office are my children and I think what distinguishes me from the other candidates in the race is that I’m the only candidate that has been a PTA member and has raised two kids through public school.”

Ms. Seawright says she is also worried about the dwindling numbers of women in Albany.

“Since less than 20 percent of the legislature right now is comprised of women and there’s two women who are retiring in Brooklyn and one woman that just resigned in Manhattan, I think it is so important to have more women at the table fighting for women’s equality and campaign finance reform,” she confided to the Observer.

City Council members Dan Garodnick and Mark Weprin were on hand to show their support.

Mr. Weprin, a former state legislator himself, sang her praises.

“A lot of recent scandals that have gone on in New York State have shown us, unfortunately, that we need more women in government. And she is a smart, bright mom as well as an activist and is going to be a passionate advocate for the people of her district,” he said.

“I know it’s an 800-pound gorilla in this race, I don’t know if people are avoiding the topic, but obviously we need more women in office” Mr. Weprin emphasized.

Ms. Seawright has received a slew of endorsements by high-ranking public officials in recent weeks. She is competing against David Menegon, Gus Christensen and Ed Hartzog in the upcoming Democratic primary. 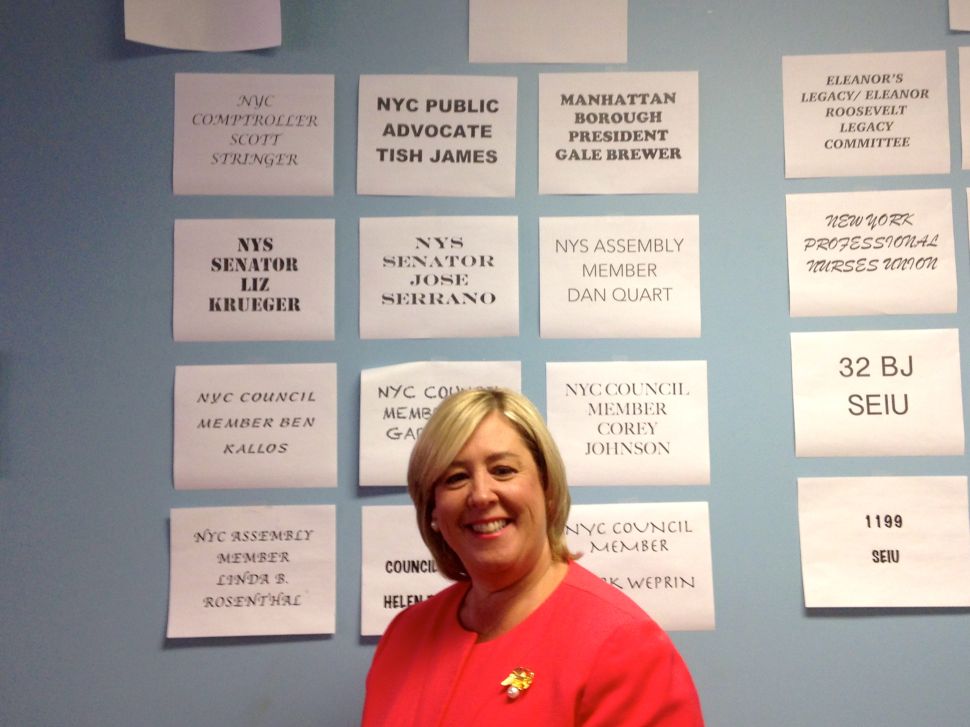