The only way to properly to binge-and-purge watch: Cram all the terrible television you can into the 30 (give or take) minutes you spend on the elliptical. Here’s the rundown of what happened on the gym’s televisions last night. is always on at the gym. It’s always on. I have never been to a gym in New York City that wasn’t playing an SVU episode. Sometimes I go in the early morning (well, like noon), and it’s STILL playing SVU. Why specifically SVU? My working theory is because it’s a lot of women on those exercise bikes and women love SVU.

Anyway, last night’s episode was the one that’s based on the same story as Compliance, except it stars Robin Williams and has an improbable Grand Central frozen flash mob of rape defenders subplot. Besides Pablo Schreiber, this was the best villain SVU ever had.
[youtube https://www.youtube.com/watch?v=1LpSrnPyB1c&w=420&h=315] They are still under that damn Dome! And now the dome is raining blood? No, acid. There is acid rain in the dome because it’s like a mini-atmosphere, so maybe it was a bad idea to burn all the crops last episode because where is that smoke going to go? Can’t be sure, but I’m hoping the acid rain was voiced by Tim Curry. (Siri: Is Tim Curry still alive??)
[youtube https://www.youtube.com/watch?v=AKM7fmLnypU]

Dwight Yoakam is there, no lie. The director(?) of The Purge: Anarchy is asked some questions about his personal life. Detective Stabler is mysteriously absent, probably because he is too busy dealing with Robin Williams.

Admittedly I’ve never seen the first The Purge, but I think I understand it’s general concept and there is probably some irony in E! treating it like a legitimate film, because if that shit was real, you know Jason Kennedy would be the first person to get torture-murdered, or whatever they do in that film. 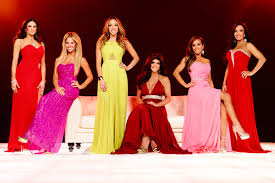