For me, summer officially arrives when I follow the sandals, Polos and Liberty blouses to the rolling green foothills of the Berkshires and file through the doors of the Williamstown Theatre Festival. The 60th season of the incomparable Tony Award-winning cultural institution that has justifiably become the finest summer-long celebration of theatre arts in America is now in full swing on the manicured lawns of Williams College in Western Massachusetts. As always, it’s an event with a feature attraction you can’t and won’t see anywhere else, and this year that “something special” is something very special indeed—the acting debut of legendary soprano Renée Fleming! Without further ado, let it be said immediately—from the show-stopping applause when she enters to the standing ovation of “Bravas!” she gets in one of the funniest curtain calls I’ve ever seen, she is marvelous.

The play is Living on Love, a farce by Garson Kanin refurbished by playwright Joe DiPietro and hilariously directed by Kathleen Marshall, the two collaborators responsible for the long-running Broadway musical Nice Work if You Can Get It. Set in the Technicolor movie world of 1957, it’s a perfect vehicle for the world-renowned opera diva because she plays—what else?—a world-renowned opera diva named Raquel De Angelis who is over the top and drunk on her own fame.

The only person in the life of Raquel with a stormier temperament, a bigger ego and a more exaggerated sense of flamboyant self-importance is her husband, Italian conductor Vito De Angelis, played with a mop of bouncing white hair, waving hands and rolling Italian vowels by Douglas Sills (The Scarlet Pimpernel). The diva, draped in furs and gorgeous ’50s fashions designed by costumer Michael Krass, returns from a world tour to her fashionable Manhattan penthouse to find the maestro working with a boyish biographer named Robert (Justin Long), who has been hired to ghost-write his as-told-to autobiography. Frustrated and insecure, the writer has spent months on the project and is only on Page 2. Raquel extends a buffed fingernail and says, insincerely, “Do tell me about yourself—but not too much!” Flirting with the shy, impressionable young Robert to make her husband jealous, the diva removes his shirt, rubs his skinny chest with olive oil and stages a phony seduction for her husband to see.

Denounced for being discovered “in the arms of a eunuch,” she decides to hire the boy for her own life story while her husband replaces him with a pretty junior editor from Little, Brown named Iris (Anna Chlumsky). Matching the diva’s fear of aging that might render her voice unexceptional with the maestro’s talent for seducing younger conquests, the two battling star personalities compete for attention while the two writers compare notes, discover their subjects have been lying about everything since childhood, and fall for each other. Robert has no flair for romance, but Iris finds even his flaws irresistible (“I can’t tell you how refreshing it is to meet a man with no self-confidence!”) and in the end, the hysterical husband and wife are left alone, without their toys, to re-discover the love they long for in each other. It’s period fluff that borders on the cusp of door-slamming clichés, but artfully polished to hurricane velocity in a production of perfection that keeps the laughter loud and constant.

The centerpiece is Ms. Fleming, and any concern about her acting ability is quickly and permanently exorcised by her own demand for perfection, laced with a sense of humor that is nothing less than captivating. I had no trepidation about her as an actress. That’s what she’s been doing in 54 starring roles in nine languages during an illustrious opera career that has spanned several decades. But who knew she was so funny? Grimacing when anyone mentions “Tebaldi” and making little shrieking noises at the name “Callas,” she sends up opera with a delicious flourish, making unctuous faces and striking outrageous poses like Jean Hagen in Singin’ in the Rain. Performing duets with her own recordings, she doesn’t deny the audience the thrill of that glorious voice, and she ends the show with an arrangement of Irving Berlin’s “Always” that stops the heart. But throughout there’s the rib-tickling nudge of how to poke fun at the serious side of opera. When Ms. Fleming sings Medea dressed like Carmen, it has to be seen to be believed. In a more serious moment, she even has one great speech about the importance of opera that has the impact of a confessional. Mr. Sills is a model of arrogant pomposity in Turnbull & Asser dressing gowns, and there’s an extra benefit to be had in the comic performances of Blake Hammond and Scott Robertson as servants who do everything in unison, from finishing each other’s sentences to balancing tea trays while singing arias in perfect pitch.

One of the abiding truths in Williamstown is that there is no time to yawn. Living on Love will be followed by Sam Shepard’s Fool For Love with Sam Rockwell, and a new production of the Terence McNally-John Kander-Fred Ebb musical version of The Visit, starring Chita Rivera and Roger Rees. Are you getting the message? Is it clear why the Williamstown Theatre Festival is no longer just a summer happening for tourists, but a required destination circled on the maps of the cultured and wise? In the meantime, through July 26, there is Living on Love, a silly play served with perfection, a diner menu prepared with the flourish of a four-star chef. Think Spam flambé, and pray that it gets to Broadway. 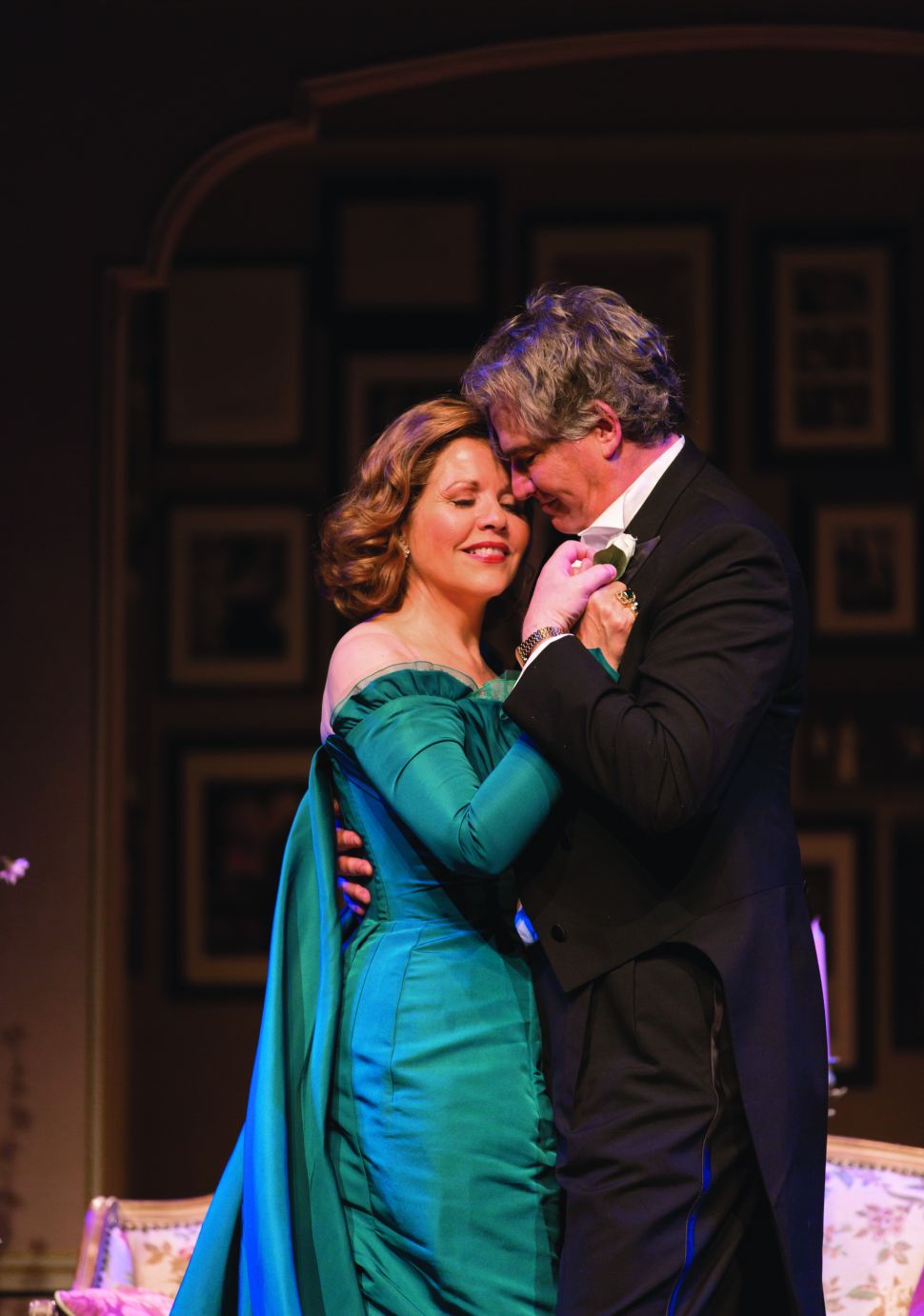