“I suspect he’s going to bring them back to us eventually, primarily because we’re going to be short 22 judges, this month or next month,” Rice said during a confirmation hearing on two Port Authority nominations today. “I think there’s just going to have to be a meeting of the minds.”

The ongoing standoff between Christie and various members of the senate over judicial appointments in Essex County has left its court system with 22 vacancies. A package that would fill eight of those vacancies was halted two weeks ago when members of the Senate Judiciary Committee, lead by state Sen. Nia Gill (D-34) and Loretta Weinberg (D-37), held up one of the nominations.

The nomination of David Cohen was temporarily suspended when Megan Morales, a former employee  at the Center for Hispanic Policy, Research and Development, requested to testify against him. The request compelled committee members to reschedule Cohen — and, shortly thereafter, the rest of the nominations — until July 10.

In response, Christie withdrew all eight nominations, leaving little explanation as to why or if they’d be reappointed.

“You can’t just throw 50 percent of the judges off the bench,” Rice said, referring to the county’s vacancies (there are currently 35 sitting judges in Essex County, with a possible total of 57). “So I would suspect there’s going to be some conversation.”

Sen. Ray Lesniak (D-20), also a member on the committee, said it was never their intention to deny Cohen’s nomination, but only to wait and hear what Morales had to say.

Asked if he thinks Christie is taking the incident personally, Rice smiled. 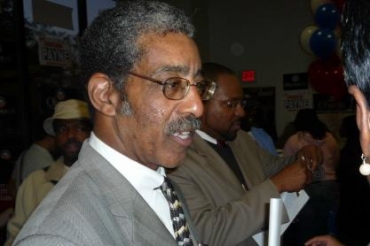