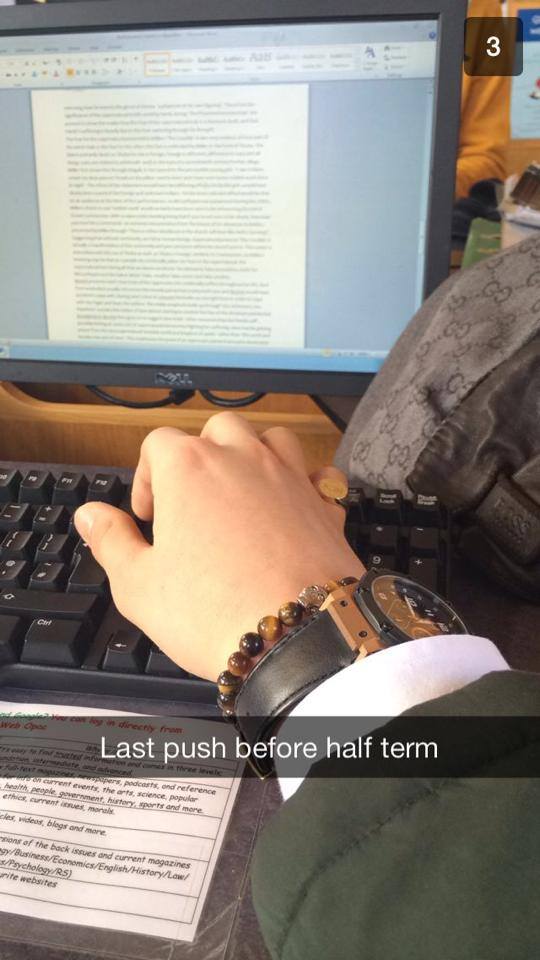 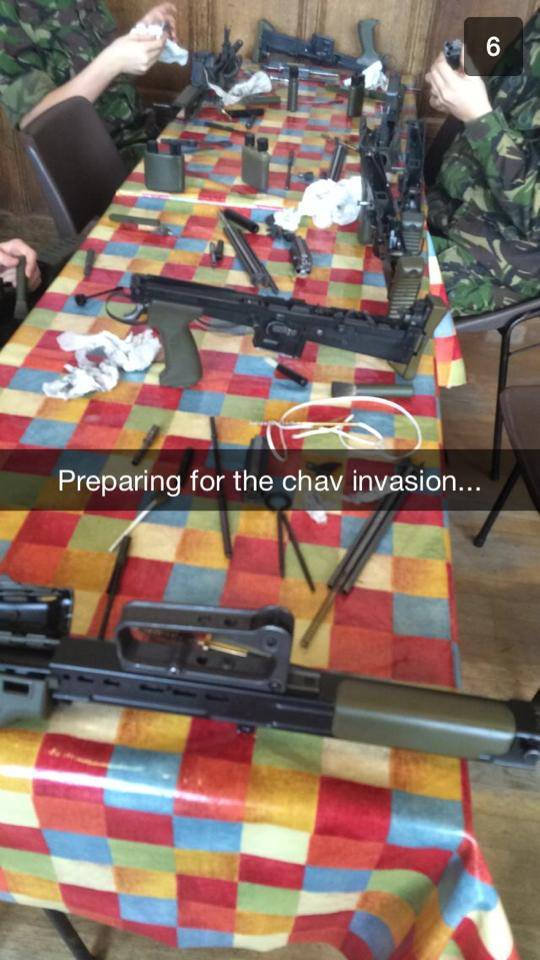 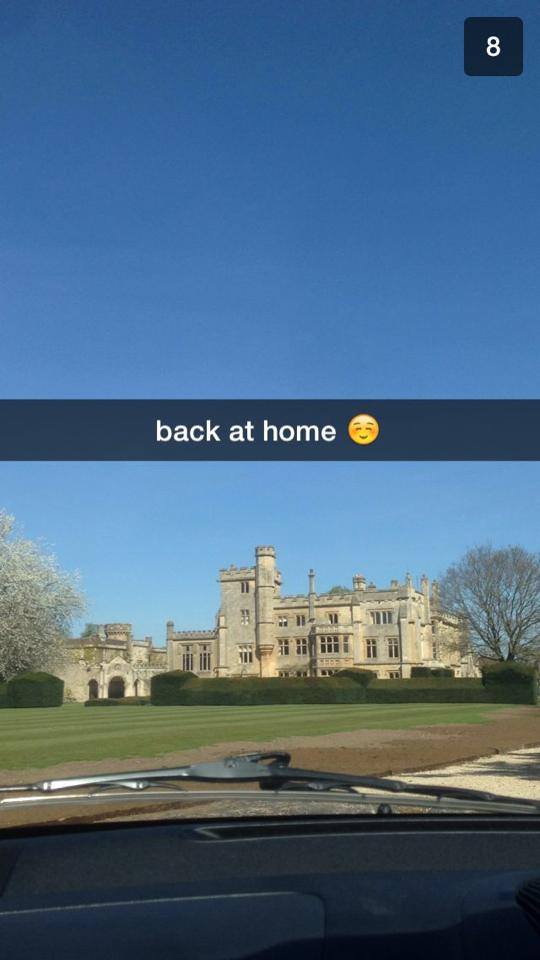 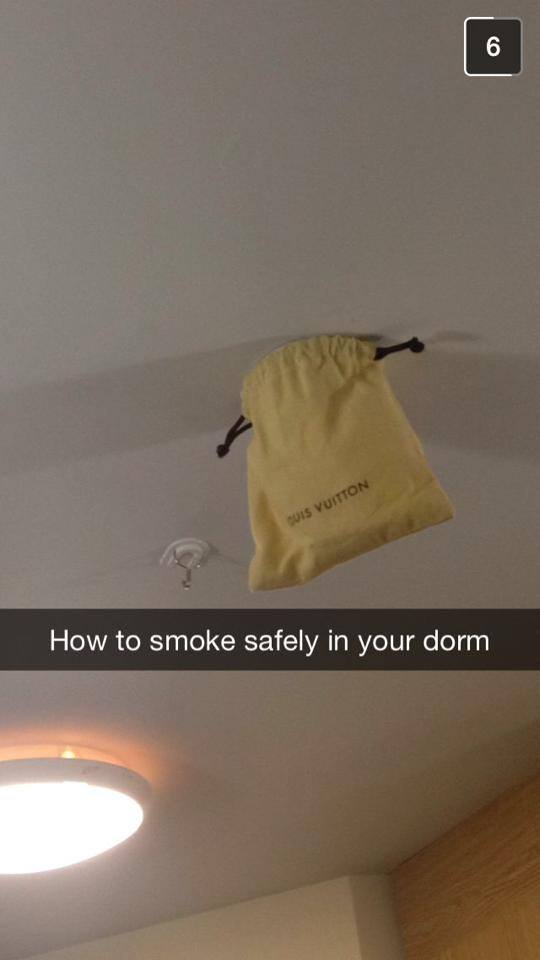 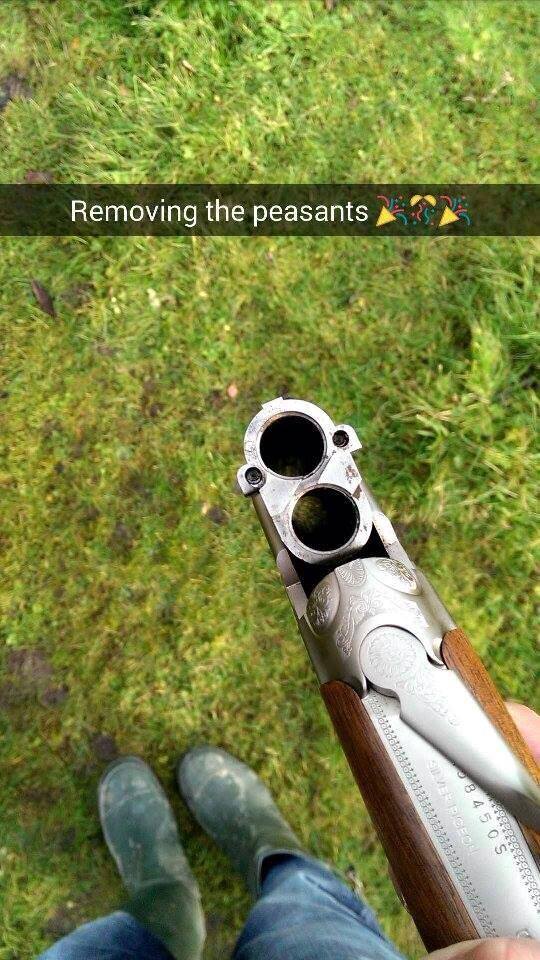 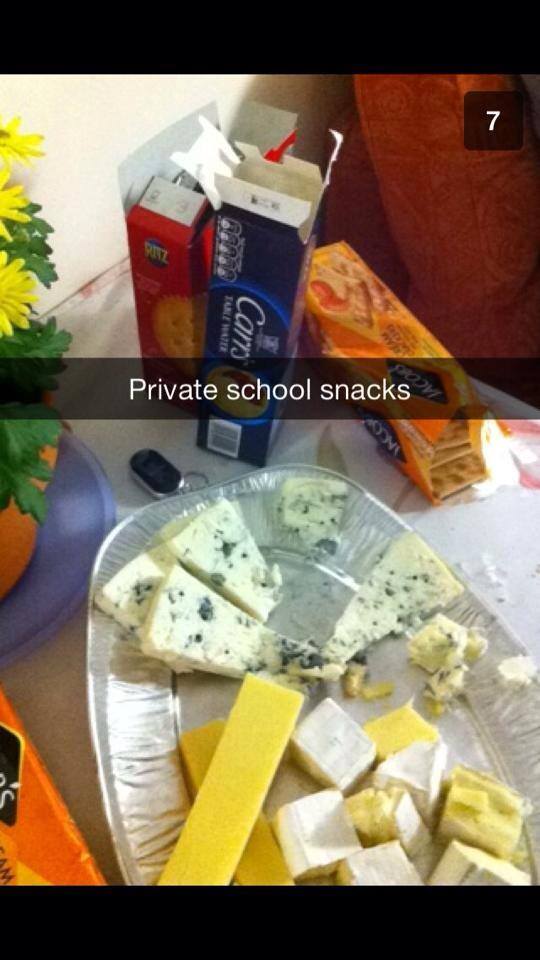 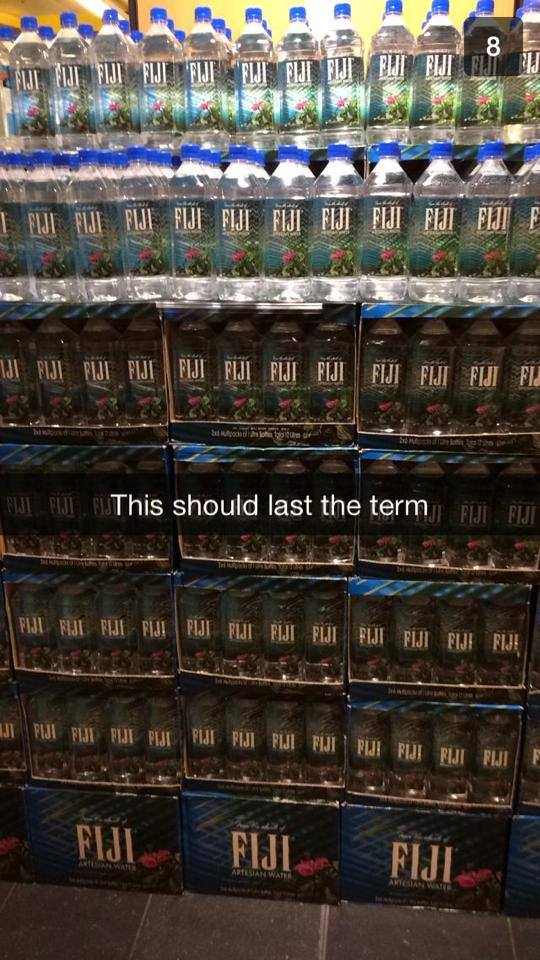 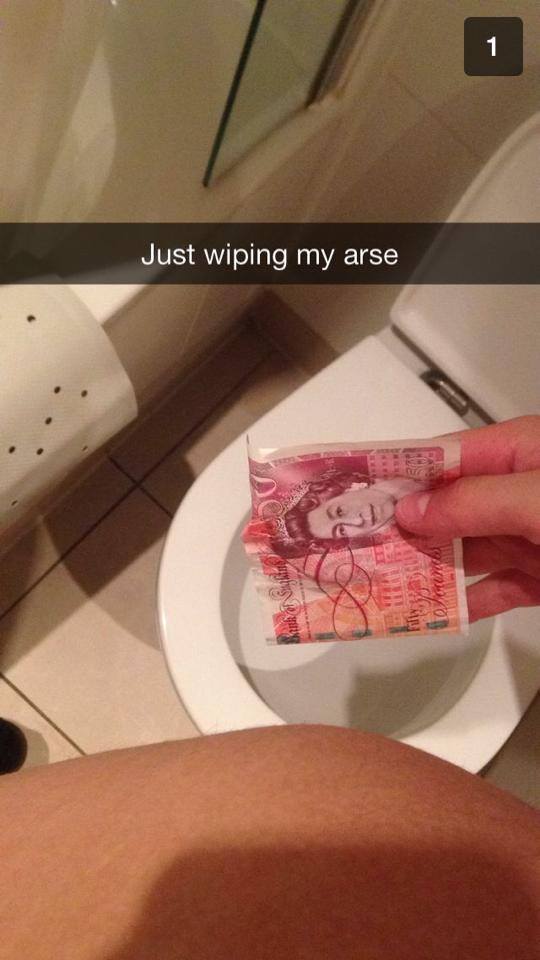 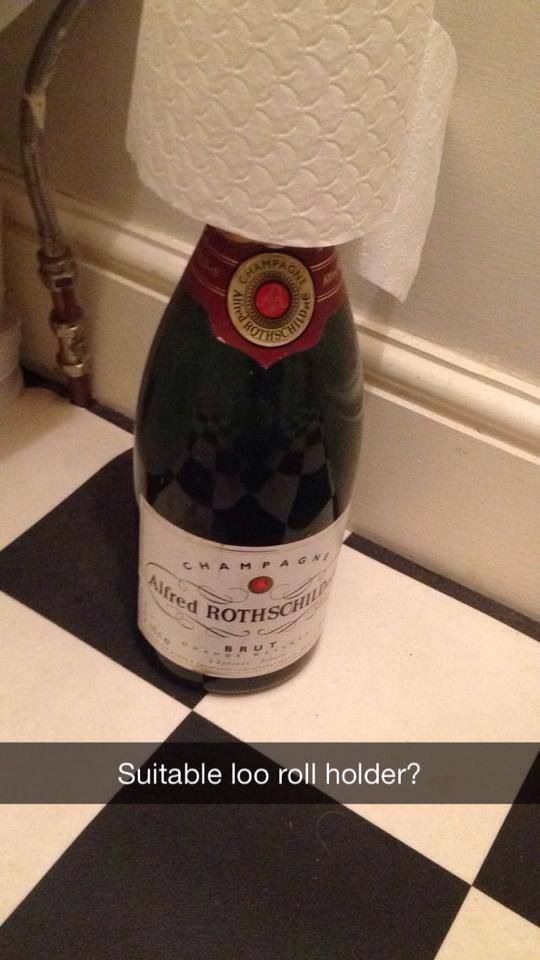 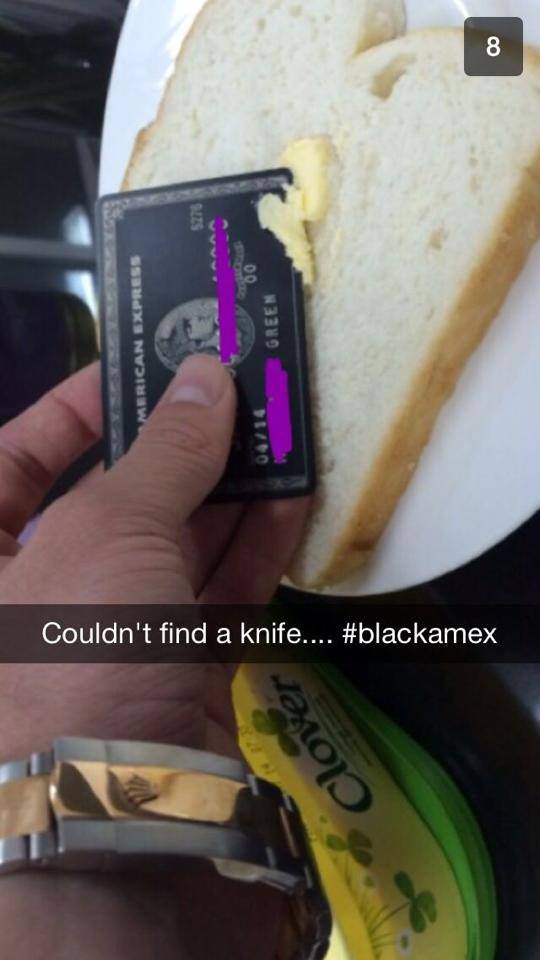 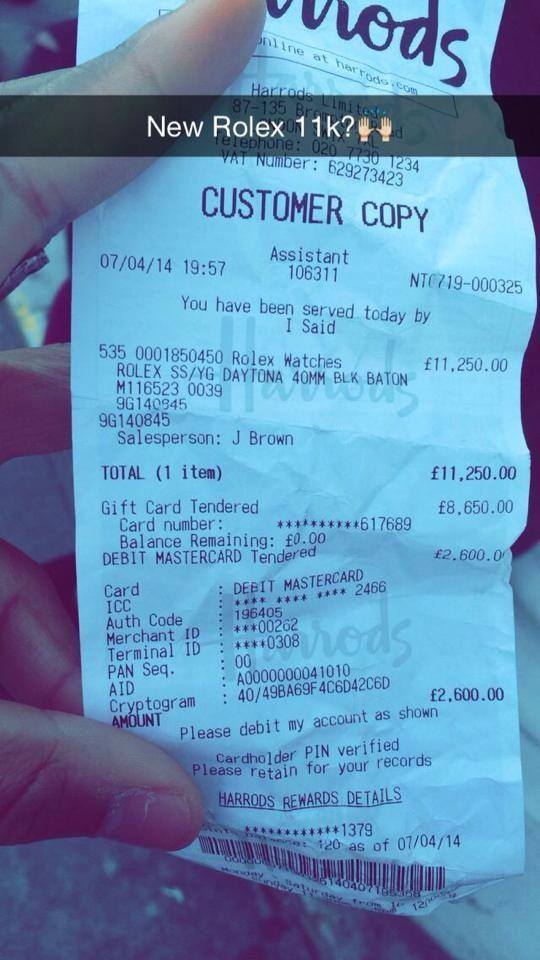 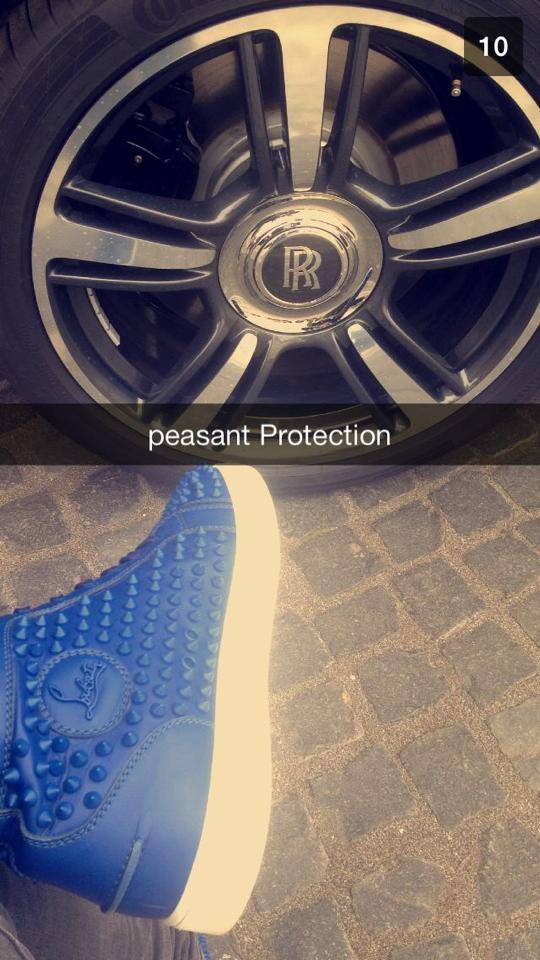 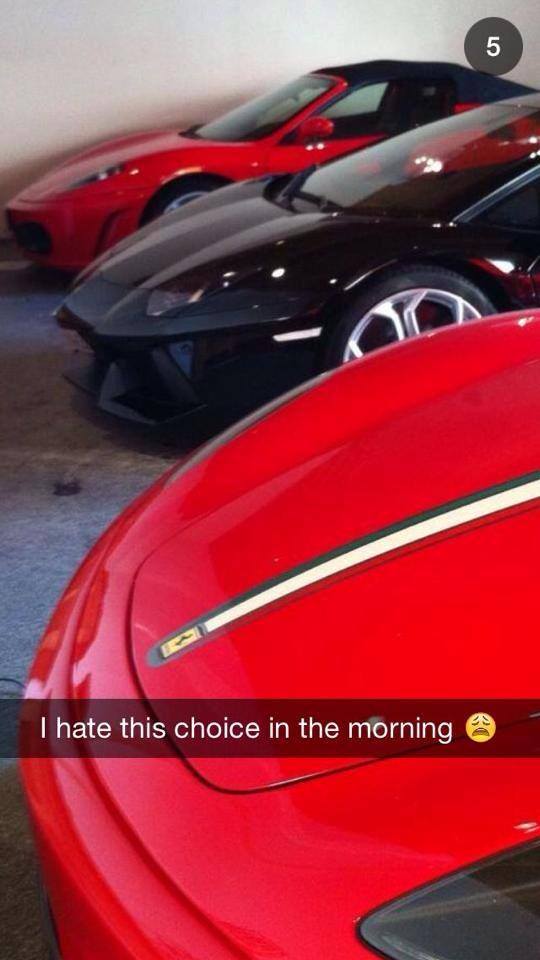 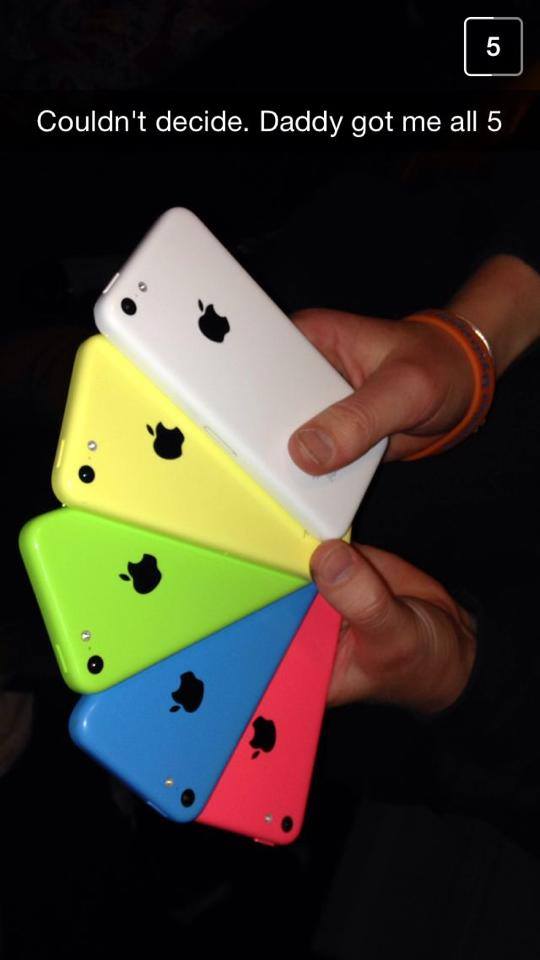 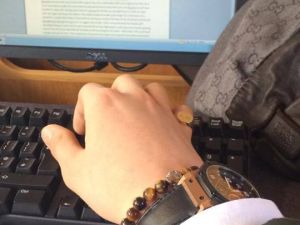 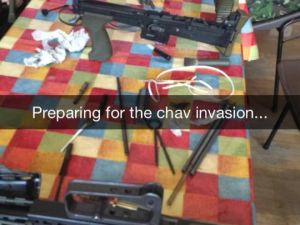 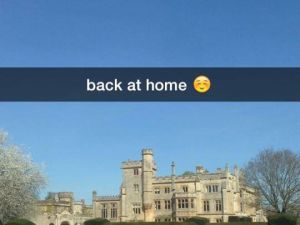 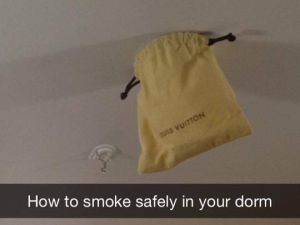 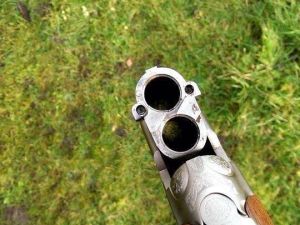 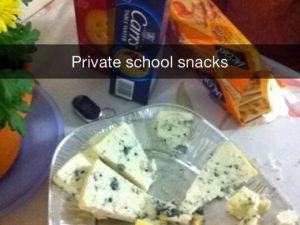 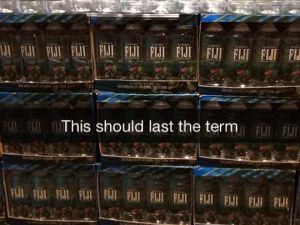 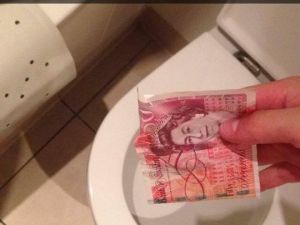 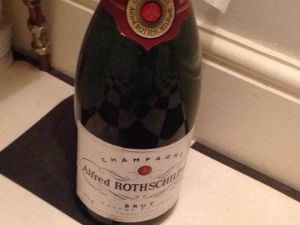 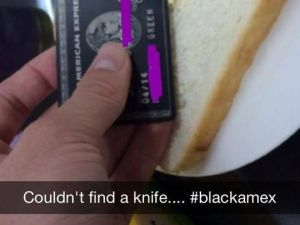 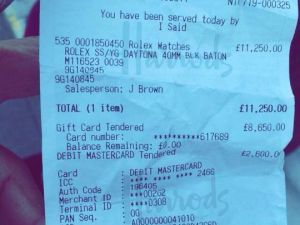 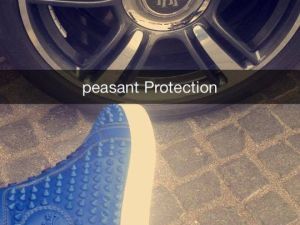 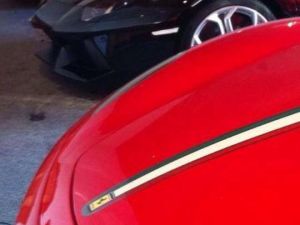 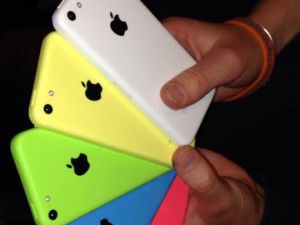 When it comes to the upper crust, the British are known for being much more tasteful than their flashy, nouveau riche American counterparts.

Well, this new Snapchat trend could help topple the Brits from their self-satisfied perch. It turns out rich English kids love conspicuous consumption just as much as American teens do; they just also get to live in castles. No fair.

We learned of the trend from Business Insider, which dug up the phenomenon’s Facebook page, “What Happens at Private School Goes on Snapchat.” The rich kids in question send their flashiest photos to the account PrivateSchoolSnaps. The owner of that account then uploads the snaps to Facebook.

The photos, as you’ll see from our handy slideshow, are full of Dom Perignon bottles, extravagant cars, shots of the castles where the kids live and attend school (or so they say), and, weirdly, a lot of photos of guns with captions about killing “plebs” and “chavs”? So that’s pretty terrifying. The photos also show what rich people look like in their larval form, pre-plastic-surgery, which is enlightening.

Some of the photos have already been called out as potential fakes. One receipt for a $1.5 million purchase bears the address of a suburban Chinese restaurant that probably isn’t even worth $750k; maybe the employees there just got bored and rung up an outrageous bill, then snapped a photo and voided the charge. There’s also the chance that many of these “houses” and “schools” are really just tourist attractions. But for every questionable snap, there’s a dorm full of Louie that you’d never find on Canal Street, so we’re pretty sure most of these are the real deal.

As BI points out, cataloguing all of the snaps on Facebook defeats the purpose of Snapchat. But the app does ensure these kids a higher level of anonymity than Instagram would, so we guess that’s the appeal. These tiny scions fail to realize that if what you’re doing requires anonymity, chances are you’re acting like a douchelord and you probably shouldn’t publish it at all. It turns out old-money heirs and YouTube commenters have more in common than we thought.