Mr. Astorino pointed to a statute in state executive law requiring the governor to pass on documentation of wrongdoing the commission collects to the state attorney general and the superintendent of the state police–and noted a New York Post article from last week which claimed the panel had uncovered several no-show jobs given to Independence Party vice chairman Giulio Cavallo. Mr. Cuomo is running on the Independence Party line, as well as the Democratic and Working Families Party lines in November.

Mr. Astorino said that the governor had refused to say if he had referred the information to Attorney General Eric Schneiderman or any other law enforcement professional–and called for a special state prosecutor to be appointed to look into the situation.

“The only way to get to the bottom of this is for Mr. Cuomo to produce evidence right now that Moreland criminal probes were referred to the state police and other law enforcement authorities, or for an impartial special state prosecutor to be appointed to look into why these cases were not referred,” Mr. Astorino said. “If Mr. Cuomo shut down criminal probes of political cronies without passing along accumulated evidence, that would be a very serious charge, indeed.”

Mr. Cuomo has come under fire for disbanding the Moreland Commission in March before it could finish looking into potential ethical breaches on the part of New York lawmakers–and has faced heavy criticism since a New York Times article reported last week that his aides had ordered the panel to stop looking into the governor himself.

Mr. Cuomo and Mr. Schneiderman’s offices did not immediately respond to requests for comment. Several people on Twitter, however, quoted the governor as calling Mr. Astorino’s allegations “entertaining.” 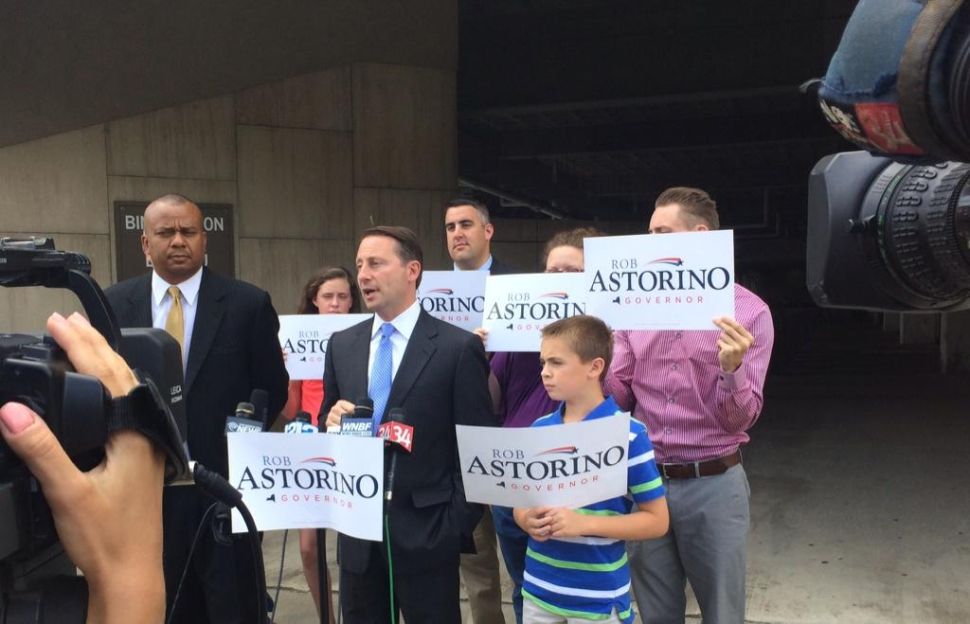