Seinfeld recently turned 25, and it’s starting to show its age.

Jerry Seinfeld recently hosted his second Reddit AMA, which is weird in and of itself because he apparently loves these things as opposed to most celebrities, but to each his own. But during the Q&A, Seinfeld hinted that the show making its way over to Netflix. Granted, he did it in the most Seinfeld-ian way possible, but still.

Admittedly, “conversations” means jack squat in terms of things actually happening. I had a conversation once about exercising. But just the very thought of Seinfeld being available to stream is bonkers. Can you even binge-watch Seinfeld? Isn’t binge-watching a show about nothing the same thing as binge-drinking from an empty bottle? Of course, that is the way of the world now. As PolestarX up there pointed out, there probably is a whole ton of people on the younger side who have’t really experienced Seinfeld. “And shows are just so hard to watch if they’re not released all at the same time RIGHT NOW,” said a 25-year-old somewhere, via Google Glass message.

But once millennials have finally been able to watch all of Seinfeld, how are they going to talk about it? With words?! Disgusting. Oh wait, as of two days ago the Seinfeld Emoji app is live. Created by the same guy that runs the @Seinfeld2000 Twitter account, these new emoji are extremely helpful if you can only discuss television through text, or if you happen to have a friend named Newman, who you greet often. Remember that joke back there a couple sentences, where I was all like “Young people can only communicate through Google Glass, LOL?” Well if you need any more symbolism that Seinfeld is entering into the realm of the young, check out this, from the Seinfeld Emoji. So what’s next? How else can Seinfeld further ingrain itself into the culture of the 20-something? I heard the kids like something called dubstep. But I’m not sure how we could bring those two things together. 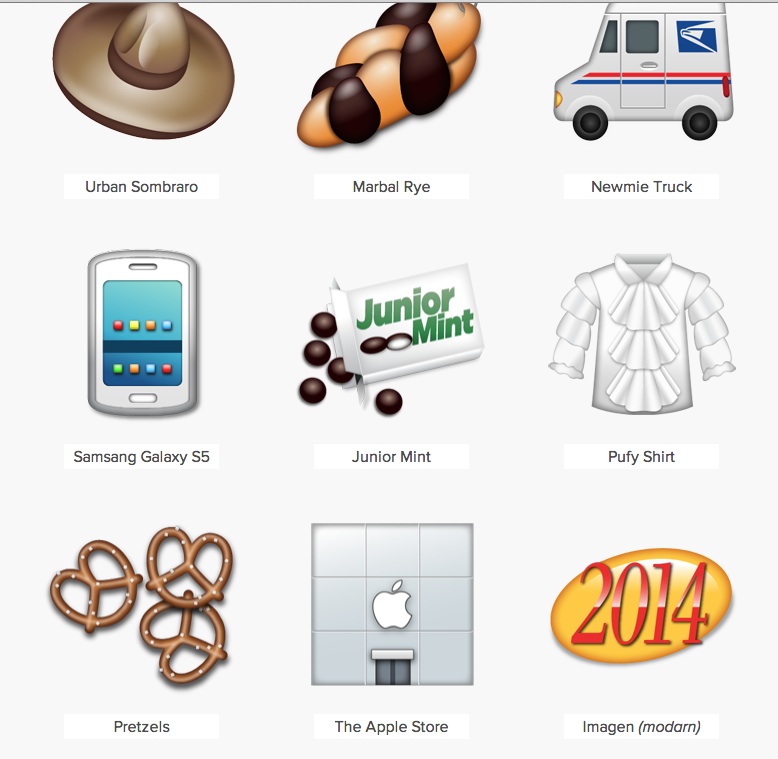