”My prayers are with Jersey City Police Officer Melvin Santiago’s family and the entire Jersey City Police Department during this time of sadness, “said Sires. “Officer Santiago made the ultimate sacrifice and gave up his life to protect the residents of Jersey City. His death is a deep loss not only to his mom Cathy, dad Melvin Sr., step-father Alex McBride, his brothers Jordan and Alex Jr., but to the entire City of Jersey City.

“We depend on officers such as Melvin and the men and women of the Jersey City Police Department to guard the line, to protect the citizens and give us trust that there is order in the world. It is a confidence too often taken for granted. At this time I would like to publicly salute all of our public safety personnel, police, fire and EMS for the daily sacrifices that they make to protect us.” 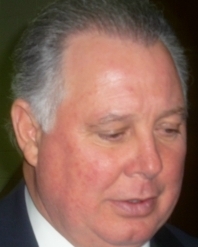