Journalists allowed their imaginations to run away with them Sunday, after reports emerged that a snake had been spotted in Washington Square Park. The story snowballed spectacularly into a work of fiction, with a mass of conflicting reports uncoiling at the same time.

The saga begun when a frightened woman called the cops and informed them she had spotted a snake over nine-feet in length, according to Daily Intelligencer.  However, the Daily News—with no apparent source–dispelled the panic and stated that the creature was worm-like in proportions, measuring a mere two feet in length.

Meanwhile, NBC proclaimed that the police cleared a 10-foot-long snake out of the park.

WABC added to the excitement by multiplying its size by three and reporting that “Police are investigating after a 6-foot long green snake was discovered in a grassy area near the playground in Washington Square Park in Manhattan on Sunday.” However, it then went on to sheepishly add that the basilisk-sized creature was most likely a non-venomous grass snake.

Daily Intelligencer noted that the epic narrative took a final, tumultuous, turn after a rumor emerged claiming that the creature was not actually a snake, but an anaconda that had made the journey from New Jersey, where it was allegedly spotted terrorizing the shores of Lake Hopatcong last week.

According to Gothamist, the slippery serpent was eventually trapped in a cardboard box and taken to an undisclosed destination in Greenwich Village. 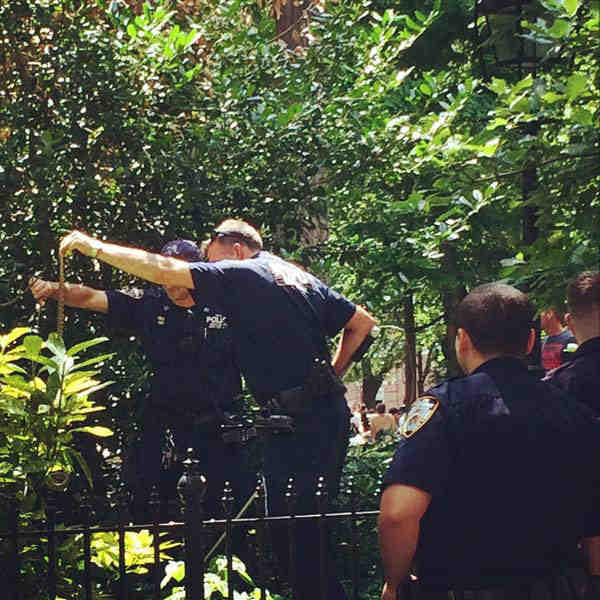