TRENTON – Senate President Steve Sweeney and Senator Joseph Kyrillos are renewing efforts to cap unused sick pay for public employees, according to a statement released by the state Senate today.

“We continue to see hundreds of thousands of dollars in payouts to employees simply because they were fortunate enough not to get sick,” the senators said in a statement. “It’s a policy that is grossly unfair to the taxpayers of New Jersey and one the state cannot sustain given our current budgetary issues. Capping sick leave payouts is a smart, common sense measure that will provide fairness to taxpayers in New Jersey.”

The bill, to be sponsored and introduced by Sweeney and Kyrillos later today, would cap unused sick leave payouts at $15,000. Similar legislation was passed by the Legislature in 2010 but was conditionally vetoed by Gov. Chris Christie, who “[recognized] the sponsors’ efforts to address public employee benefits,” but didn’t believe the bill would “sufficiently remedy the gaps in current law that require taxpayers to continually fund unreasonable payouts to public employees.”

“Since legislation was last attempted in 2010, the problem has only gotten worse, meaning we can no longer sit idly by and wait for the issue to solve itself,” Sweeney and Kyrillos continued. “We look forward to working with our colleagues in the Legislature and the governor to pass this law and start bringing some sanity to the whole process.”

In 2010, the state Supreme Court affirmed lawmakers’ right to set a $15,000 limit on how much retiring school administrators can earn for unused sick time. 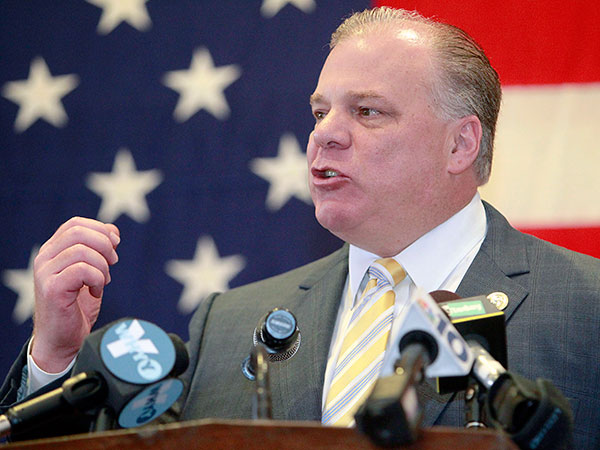