On the off-chance you were looking for a web series to binge watch this summer that makes you feel both stupid and old, the good folks at Wired.com have the show for you. Teen Technorati, the video series that could alternatively be called The Opposite of Keeping Up With the Kardashians features 20 freakishly brilliant techies under the age of 20 that have recently been awarded the Thiel Fellowship.
Not that that isn’t interesting…but if that was the only premise of the show I would have likely kept on scrolling thinking “ah, well, good for them…(scroll, scroll)…smart…young…nerdy bastards….oohh look an article about taco trucks!”
What sucked me in was the fact that these brainiac children were each awarded 100k to drop out of school and move in to one house in Silicon Valley to pursue their super genius dreams together. Are you thinking what I’m thinking? Real World: Nerd Edition. Raging teenage hormones, nerdy banter, and a peek inside Google’s tech workshop. So in.
[protected-iframe id=”b497ae84d25cdd61b30ff8b2401ebe78-35584880-59143305″ info=”http://player.cnevids.com/embed/539f67eb69702d45a4220000/5176e89e68f9daff42000013″ width=”560″ height=”390″ frameborder=”0″ webkitallowfullscreen=”” mozallowfullscreen=”” allowfullscreen=””]
The video series, free to watch on Wired.com begins with orientation, in which we are introduced to some of the fellowship winners and briefed on their pitches, including but not limited to “improving the decoders and hardware in neuroprosthetics” and “finding a cure for cancer”. The group is then taken to their new, impeccably decorated house where they set up their rooms and meet their new roommates.
The next few episodes follow the house guests around the Google offices where they partake in activities like “brain writing” and working with Play-Doh. Ah, Play-Doh, finally something I recognize! Yeah, no. None of them are using it to make a green pizza with purple pepperonis, they’re participating in a brainiac-specific activity called “rapid prototyping,” because of course they are!
[protected-iframe id=”633615d19d3595cdf1457b4f4dacbfe1-35584880-59143305″ info=”http://player.cnevids.com/embed/53ac3c3e69702d41c5060000/5176e89e68f9daff42000013″ width=”560″ height=”390″ frameborder=”0″ webkitallowfullscreen=”” mozallowfullscreen=”” allowfullscreen=””]
A somewhat touching moment came when the super nerds were asked if they felt like grown ups. Not one answered yes. When asked why they did not feel like grown ups, Rebecca Jolitz explained the confusion that comes from working in an adult environment while still having all of the emotional uncertainty of a teenager. For a moment, I stopped envying their incredibly large brains and empathized with the plight of the freakishly-smart. The pressure they face must, at times, be overwhelming.
(Ed. note: Wait, all the Thiel winners live in a house together? LOL PERFECT 100 PERCENT.)
[protected-iframe id=”a6254859322c30092e5c0bb9f04b7158-35584880-59143305″ info=”http://player.cnevids.com/embed/539f6d7569702d6cc02e0000/5176e89e68f9daff42000013″ width=”560″ height=”390″ frameborder=”0″ webkitallowfullscreen=”” mozallowfullscreen=”” allowfullscreen=””]
This empathy for the poor little smart kids came to an abrupt halt during an episode showcasing the ways in which the fellowship winners organize their rooms within the house. In fact, my empathy did a 180, quickly becoming a weird mix of jealousy, awe, and crushing defeat when I saw how my To-Do list stacks up to Catherine Ray’s. Mine, a piece of scrap paper I keep in my purse that includes tasks that I have already done (such as “put away laundry” and “e-mail Grandma”) just so that I can have something to cross off of the list, was instantly obliterated by Ray’s bulletin board To-Do list organized by category and order of importance. Ray’s list consists of goals like developing her “math and physics intuition”. Whatever happened to the days when all a 17-year-old had to do was mow the lawn and babysit?
(Ed. note: SEASON TWO SILICON VALLEY FTW)
Later in the episode, Kaushik Tiwari shows us the purple quartz stone that he believes helps him focus, admitting that he believes he has a “deficit when in comes to focusing.” My jaw dropped. All this time, all I needed was a damn rock.
A (selfishly) favorite moment occurs when 19-year-old Alex Koren first sees the Play-Doh and exclaims “I haven’t seen Play-Doh in decades!” A comment that was uncharacteristically un-genius considering that he hasn’t even been alive for two decades. The observation momentarily bolstered my confidence – at least I can count.
Overall this show has made me feel verrrry dumb. And old. Which is almost worse because at least I can learn, but I can’t stop aging and will therefore never, no matter how hard I try, be a child prodigy like the super-nerds featured on this show. While this is defeating, it is also pretty incredible that there is finally a show that causes you to aspire to be just a little bit better than you currently are. A departure from many shows currently on television, again the Kardashians come to mind, that just make you feel dumb.
(Ed. note: SORRY GOT DISTRACTED BY A BUZZFEED LIST, WHAT’S UP?) 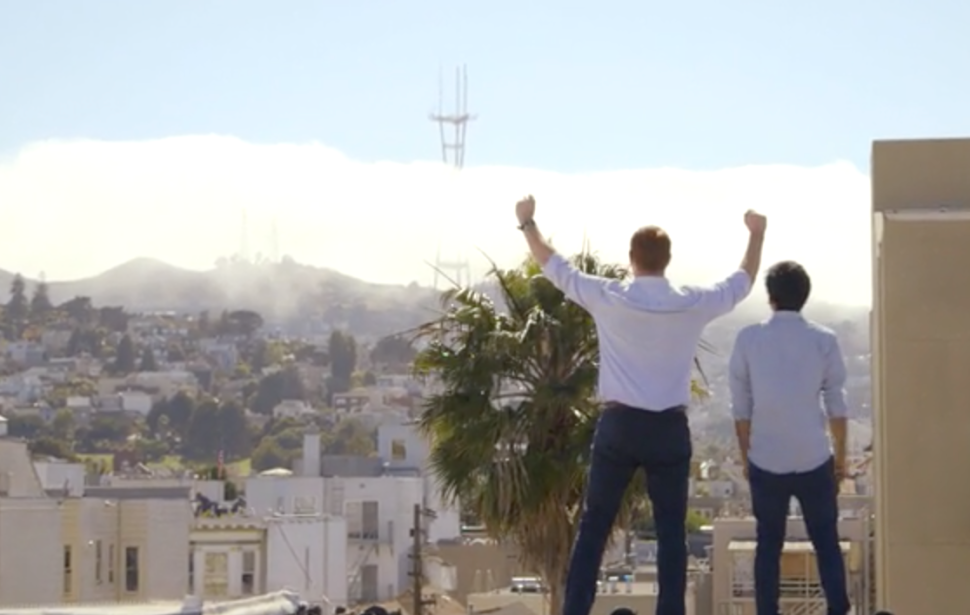