“It chews you up, you know? No mercy, New York City. It doesn’t care that you’re from the country; it doesn’t give a shit that you’re slow,” James Felice said. “It doesn’t wait for you.”

But the simmering anticipation of the full crowd at Webster Hall, in that same unforgiving city, spoke to the almost painful patience of New Yorkers waiting for the Felice Brothers.

Born and bred in the Catskills Mountains, James, Ian and Simone Felice brought their folk-infused acoustics to the New York City subways eight years ago seeking to get noticed. The historic Webster Hall, just one stop on their international tour, is only blocks from the Union Square platform they used to perform on. But until this year’s release of Favorite Waitress, the Felice Brothers recorded all of their albums in chicken coops and high schools upstate.

“It was a beautiful childhood,” James Felice remarked. “We grew up in the woods and we didn’t have any neighbors, so it was a bit of an isolated sort of thing. But we were young kids, you know? We didn’t have a lot of money or anything like that so the woods were sort of our home.”

Ambling onto the stage in a faded Abe Lincoln t-shirt and loose jeans, Ian Felice set up his own worn electric guitar with unpolished ease, house lights still on.

James recalled that they practiced “under this little bridge on a side road by a field” with an affectionate laugh, letting on that he already knows the story comes off as romantic.

But despite the effortless charm of their Sunday barbecue born folk, the Felice Brothers truly don’t want to play a role. Although their hometown sits in close proximity to Woodstock, they pointedly brush off comparisons to Bob Dylan and The Band.

James explained, ”during our first couple photo shoots we had funny hats and we dressed kind of old-timey because we had gone to the Salvation Army and found stuff. But you know—we don’t dress like that anymore. We’re not old-timey guys. I own a computer,” he claimed laughing, ”I know how to drive.”

“This is a song about true love,” Ian Felice told the audience, before the band broke into a fast-paced, accordion punctuated song. The stomping and clapping of the crowd shook the ground. It became clear that there would be no lovely lullabies live. Instead, they skipped around to Whiskey in my Whiskey and Take This Bread, “’cause I’m alright if you’re alright.”

But if you’ve heard Katie Dear or Going, Going, Gone you know that the Felice Brothers’ slow songs feel like heartbreak.

Ian admitted that there are songs he doesn’t play much because they are just too heavy. And since their brother Simone—the “melodramatic” brother, as one audience member described—embarked on a solo project, the mood has veered towards rambunctious americana. The Felice Brothers have transitioned from lyrics about a dad with a pregnant daughter but not enough money to get to the hospital to songs praising cherry licorice.

“That just makes it go down faster, I’ve heard, or feel better—for us, at least,” James said about playing songs with more energy.

With sleep and irony in his voice, Ian mentioned that his lyrics stem from subconscious thoughts. He let on that he gives fake names to the characters in his songs, including Katie of Katie Dear, shyly and reluctantly admitting, “I guess she was a real person. Yeah. From Brooklyn, I guess.” But when asked about his lyrics he mostly replied with “I don’t know. I don’t know what my songs are about.” He said he can’t stand to listen to his recordings, and he never does it.

“You’re in a different state of mind than if you’re just kind of sitting with a piece of paper and a pencil. You’re kind of almost in like a… I don’t know,” he stopped, “I need some coffee. It’s just a little more cryptic the way it comes out I think.”

“I’m not very optimistic about the state of the world right now,” he said about the darker lyrics.

And after witnessing James Felice’s genuine smile as he played the accordion to upbeat songs, it’s hard to begrudge them for keeping more intimate music for rare occasions. The entire music hall beamed.

“That’s what I love about the Felice Brothers,” a neighbor from the Catskills remarked, “When they play live, it sounds like they’re playing in their own backyard.”

But once home, lay down and listen to You’re All Around or Rosie I’m Wrong as your head swims. Even if they can’t always listen to or play songs like those, thank God they exist. 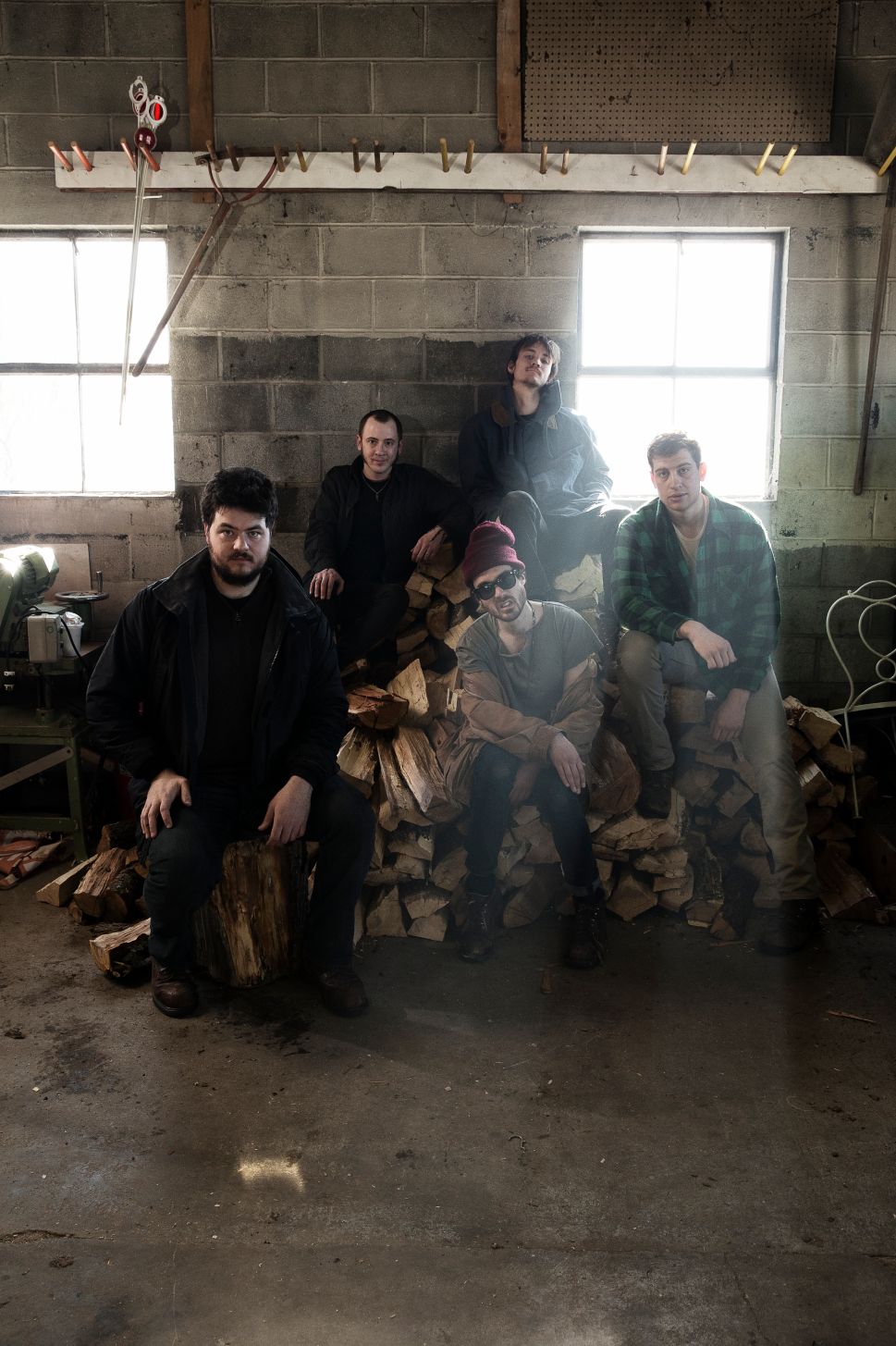