Before the Ohio kid’s ironic potato salad captured everyone’s attention, the Internet was captivated by another wildly successful crowdfunding campaign: the electronic blow job machine known as the Autoblow 2.

Now that the Autoblow 2’s first customers are finally getting their coveted blow job machines in the mail, let’s examine how and why the Internet got so turned on (sorry) by this particular product.

Why it Went Viral

The now-famed sex toy creator proposed various possibilities when I asked him why the Autoblow 2 had gone viral. Part of it came down to simple psychology, he reasoned. “Men like blow jobs… a lot,” Mr. Sloan told me via email. “And I think most people think robots are cool. It’s already proven that men click anything with the word ‘blow job’ in it, especially when it appears on a mainstream website. So… ‘blow job robot’ is pretty much top shelf clickbait.”

He also said that people were drawn to his Indiegogo pitch video.

“Most Indiegogo pitch videos are really really fake looking,” he said. “It’s like the real people disappeared and they replaced themselves with robots who tucked in their shirts. I was myself in the video and apparently it was a combination of creepy and funny that the Internet liked.”

I polled my friends and followers on social media to find out why our attitudes toward sex toys are so gendered.

“It would show a sense of desperation, and not able to play alpha dominant role,” another man said. He also admitted he’d consider shaming certain friends for using an Autoblow 2. “Truly depends on the friend,” he said. “Like, if I found one of those at [arrogant loudmouth friend]’s house, I’d put it on Facebook.”

The stigma could also come from the fact that men are assumed to be so relentless in their pursuit of sex, it’s actually seen as a power move if a woman just wants to do it herself.

“I actually think women have an easier time finding partners if they want them, but that doesn’t equate to satisfying sex as often as it can for men,” another friend said. “Or that’s the stereotype anyway.”

She suggested different reasoning for why male sex toys are stigmatized more than women’s — that we expect guys to be able to jerk off whenever, wherever, without the help of toys.

Would you try it?

Of course, I also had to ask men how they’d feel about trying the Autoblow 2. Here are some of their responses:

• One man told me he’d never use it, calling it “the ultimate in male laziness.”

• “No way. A machine doesn’t know how to respond to the situation in real-time. I think most people who’ve gotten head, guys and girls alike, will agree that great oral sex comes from minor adjustments throughout, based on how your body feels. Machines can’t do that. ‘Mechanical’ is a word that describes bad oral sex.” – Dave

• “Whaaaaat. You have to plug this into a wall? If this was discreet (like those little rockets sophisticated ladies use) and ran on batteries then yes I would try it. Buuut only if it happened upon my doorstop free of charge and if I had zero chances of getting normal blow jays in the foreseeable future (e.g long plane ride, a dry spell)” – Anonymous

• “I wouldn’t use it. Let me back track. I would give it a shot once. But to me, sex and especially blow jobs aren’t completely about just getting off. Obviously they feel great. and I hope this doesn’t sound super ‘alpha male,’ but as a guy it feels really good on the brain watching a woman do that to you. Makes me feel ‘worthy’ and I guess ‘appreciated’ (for lack of a better word). Not in the sense of, ‘Damn I’m the man lemme watch this girl suck me off.’ More in the sense of (to me anyway, but I feel like I think a lot like a girl when it comes to this stuff), ‘This girl cares enough about me to put my small irish dick in her mouth because she wants me to feel good.'” – Anonymous

I also asked some female friends how they’d feel if their partners wanted to use an Autoblow 2.

One friend was a little embarrassed to admit she’d be pissed. “I think communication is the number one biggest challenge in long term serious monogamous relationships (assuming those are the kind we’re speaking of),” she said. “I’d want my partner to just tell me if he wanted more blow jobs. Although, I don’t typically have anything against toys or things that compliment a healthy sex life. As long as it’s out in the open/not hidden from the partner.”

“I feel like there’s always room for new developments in sex toys, especially vibrating/oscillating penis toys, but this seems like a penis strangler,” another friend said.

Some, however, were more open to it.

“I think it would do a great job… maybe even as good as the Rabbit vibrators,” said another. “Great for long distance relationships!”

For now, my Autoblow 2 is being used as a handy desk ornament: 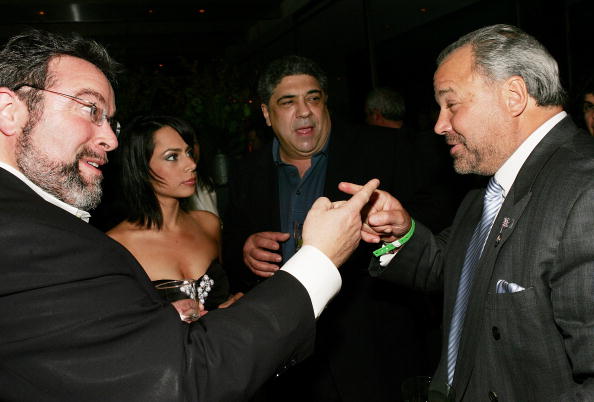