So, Sarah Palin has gone rogue, again. This time with the launch of The Sarah Palin Channel, a spunky, allegedly non-biased, online news program featuring all kinds of things “That, hmmm, Washington doesn’t want you to hear.” In addition to presenting viewers with all of these unfiltered facts, the Palin family has been kind enough to throw in some of their “real life” family moments like hunting, fishing and the other “outdoorsy stuff” they like to do together. “And it IS fun,” Mrs. Palin confirms, sensing a dubious response from viewers in the promo trailer. As much fun as their TLC reality show? Let’s take a look!
Aside from finally revealing all of the secrets Washington doesn’t want us to know, the former Republican nominee is also using the show to bring you politically unfiltered information by going around “Washington’s crony capitalism.” Hmmm, for someone who is claiming to be the only human being on the planet without a lick of personal bias, she seems to have more than a little animus towards Washington … Perhaps the show’s biggest draw is that it promises to give audiences a chance to witness how a woman, famous for exactly two things–the fact that she can see Russia from her house and her opinions–will succeed in doing the one thing she claims no other news show in the history of EVER has been able to achieve: delivering completely unbiased news. (Wonder how her handlers at Fox News are taking this? So are we!) Tired of the politically filtered mainstream news media for a “long time” now, she’s ready to “do something about it.” You betcha, she has it figured out and is bringing it all to you (and anyone else willing to pay for a subscription).
The Sarah Palin Channel, which will be available to watch “on your computer, tablet and even your smartphone,” can be yours at the relatively not-so-low price of $10 a month. I was going to suggest polling viewers to see if they would pay for this hodgepodge of news and bromidic domestic scenarios, but quickly remembered Mrs. Palin’s take on polls: “Polls are for strippers and cross-country skiers.”
Sure, the Sarah Palin Chanel will run you a few bucks more than your monthly Netflix subscription but do not “mis-underestimate” the value of real journalism. You cannot put a price on that. Or, I mean, she did, but you know what I mean. 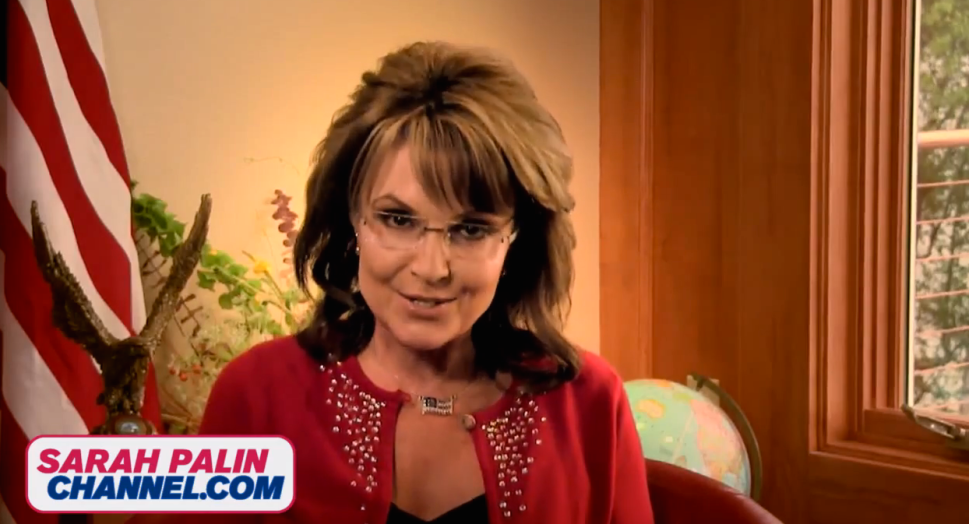