Ms. James said her office has received numerous calls in the past two weeks from parents whose disabled children are attending summer school complaining about possibly unsafe temperatures aboard many city-contracted buses. The Public Advocate added that she suspects even more complaints are going unheard because the 23,000 children affected are incapable of speech.

“A significant number of them are not verbal at all,” said Ms. James.

“The Department of Education is not engaging in any oversight,” Ms. James said.

The pol said some parents are considering a lawsuit against the city over the hot issue, and said her office would file affidavits of support if a suit is filed. Ms. James, however, said that her office had been in talks with the Department of Education and that she hoped the problem could be resolved before it got to the courtroom.

“We are working with the administration,” said Ms. James.

The Department of Education promised it was working resolve the issue, and would be sure that the next round of contracts would only go to operators with working cooling systems.

“Ensuring the safety of all our students is always top priority and any complaint on any safety issue the DOE receives is immediately addressed,” said spokeswoman Kaye Devora. 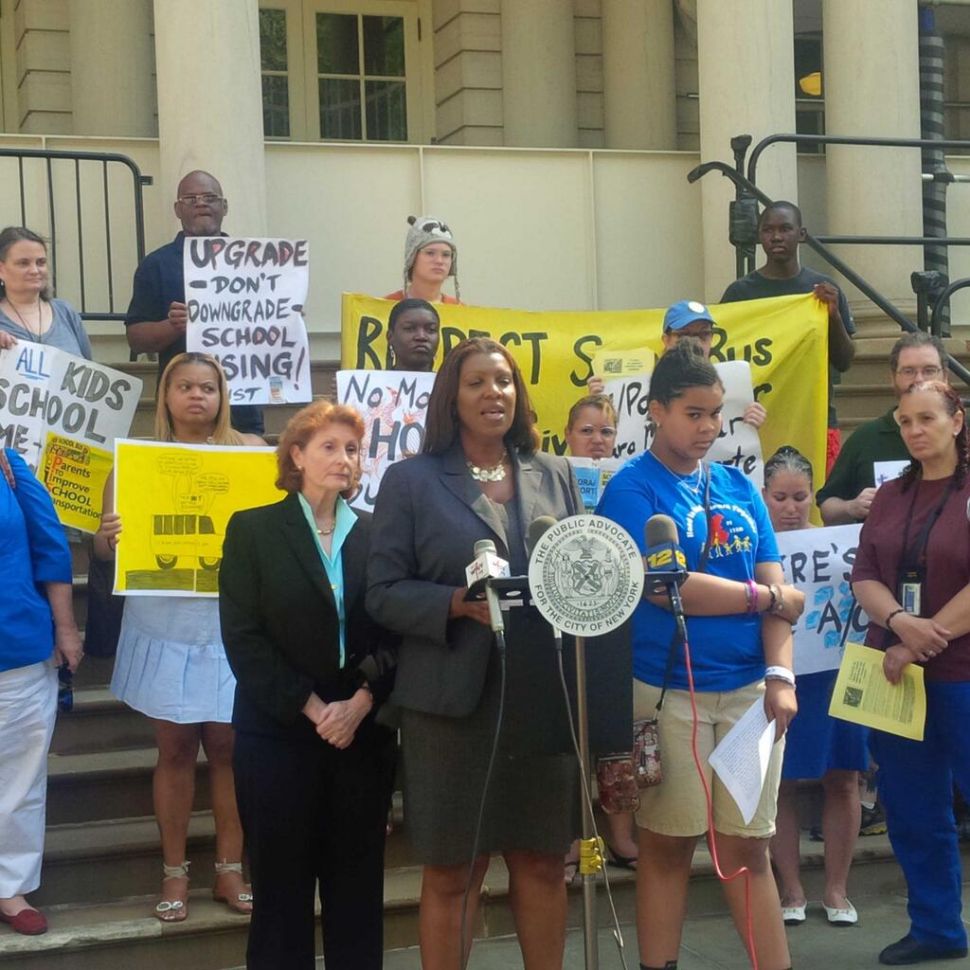