The play, staged in New York for the first time, grabs you from the first appearance of Ethan (“Am I being a dick?”) and doesn’t let go until Olivia has achieved the career success she is embarrassed to admit she craves. The May-September romance ostensibly at the core of this two-person play shares the stage with a variety of other compelling themes, including the modern competition for a partner’s attention amid a clattering of electronics and the tension of a search for artistic validation plaguing even the basest of Twitterverse pervs.

Two of the play’s inventions—an app that introduces the work of a new writer every day and a book-based-on-a-blog describing the weekly sexual conquest of its rakish author in tawdry detail—are so spot-on that it’s hard to believe they didn’t exist (or haven’t been created since the play’s debut at the Steppenwolf a couple years ago). And the references—not just Tolstoy and Marguerite Duras, but Junot Diaz, Dave Eggers, the majesty of being published by FSG—reflect the sensibilities of Ms. Eason, the Brooklyn-based playwright who comes to us by way of Chicago’s Lookingglass Theatre, where she has worked with Mr. Schwimmer for a couple decades plus. (Good grief—has it really been nearly 30 years since I first saw Mr. Schwimmer in a Northwestern University black box production of Steven Berkoff’s West that was so good I can still get chills recalling lines from it verbatim?)

Sex With Strangers is a wonder. Its dialogue is funny and painful and haunting and all these other adjectives that belong in the fake comments Ethan slides into the reviews of Olivia’s e-book to get it started. And the acting is so good that Ms. Gunn’s giggle after mentally reviewing her Penthouse Forum-worthy romp with her young new beau hits the audience in that special, intimate way that only live theater can. 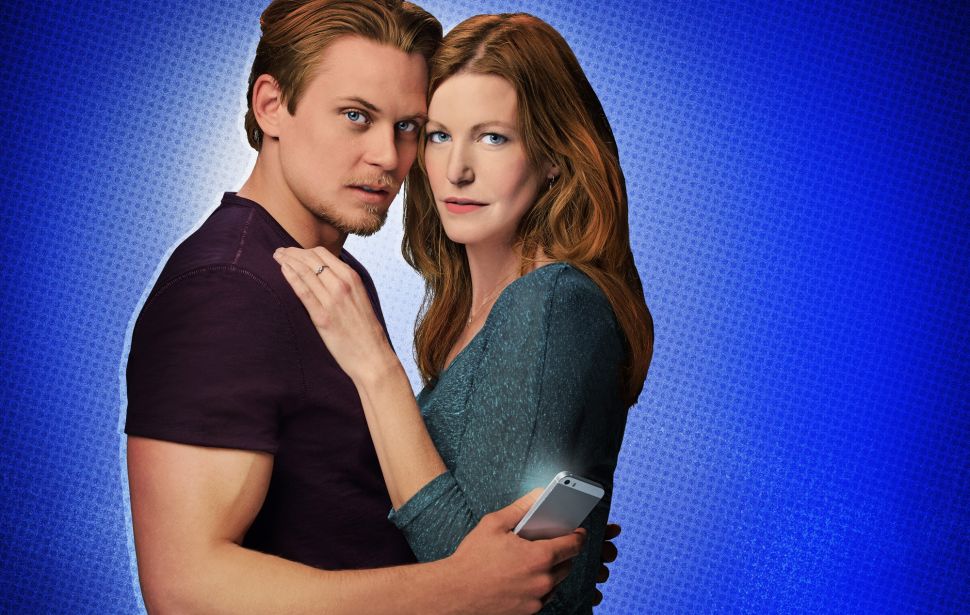