Sworn enemies during the mayoral campaign, Torres and Pascrell are uneasily coping with each other’s presence, assisted by state Sen. Nellie Pou (D-35), who accompanied Pascrell.

There seemed to be some revenge in the air, as the anti-Christie protesters grudgingly quieted down when the program began.

Now everytime someone mentioned the name “Christie” into a microphone, boos rained.

“They don’t like you governor,” a woman in the audience noted. 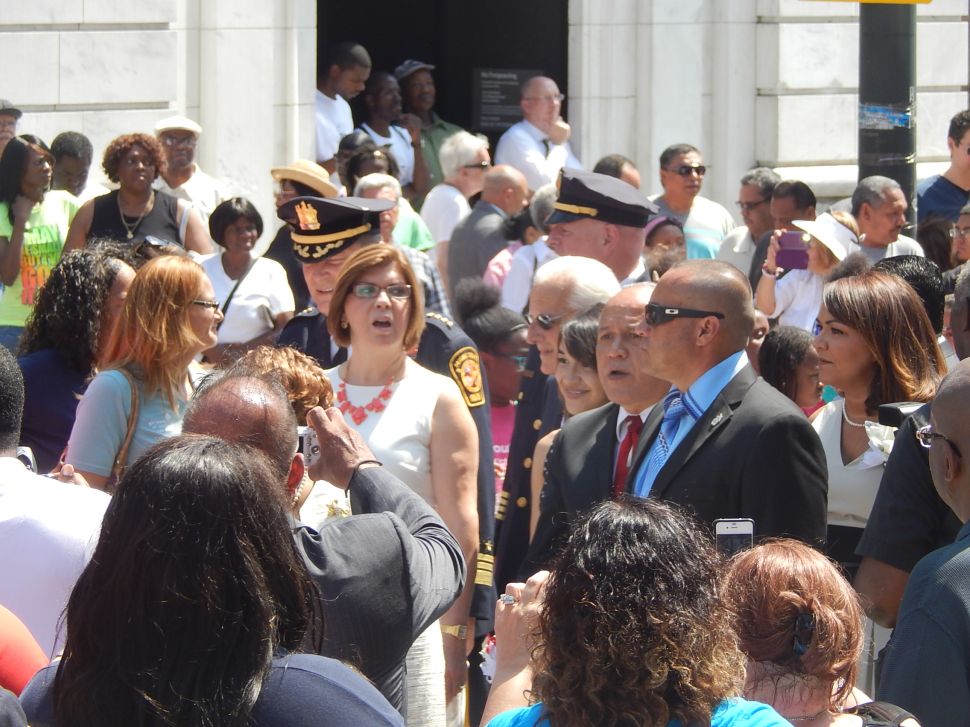