In the unfriendly atmosphere roiling at the edge of the event in this overwhelmingly Democratic city, Christie steered clear of public remarks, sticking to the script before skidooing as soon as Torres assumed the oath.

“This should be a clarion call to bring our whole city together,” said the congressman, quoting prodigiously from Shakespeare’s Henry V, and specifically paying tribute to “our police, firefighers and teachers.”

“Now’s the time to put aside politics,” said Pascrell, who didn’t back Torres for mayor of Paterson.

A moment later, the engines of the governor’s motorcycle brigade could be heard turning over as Christie exited the city.

When Christie left, the protesters cleared. 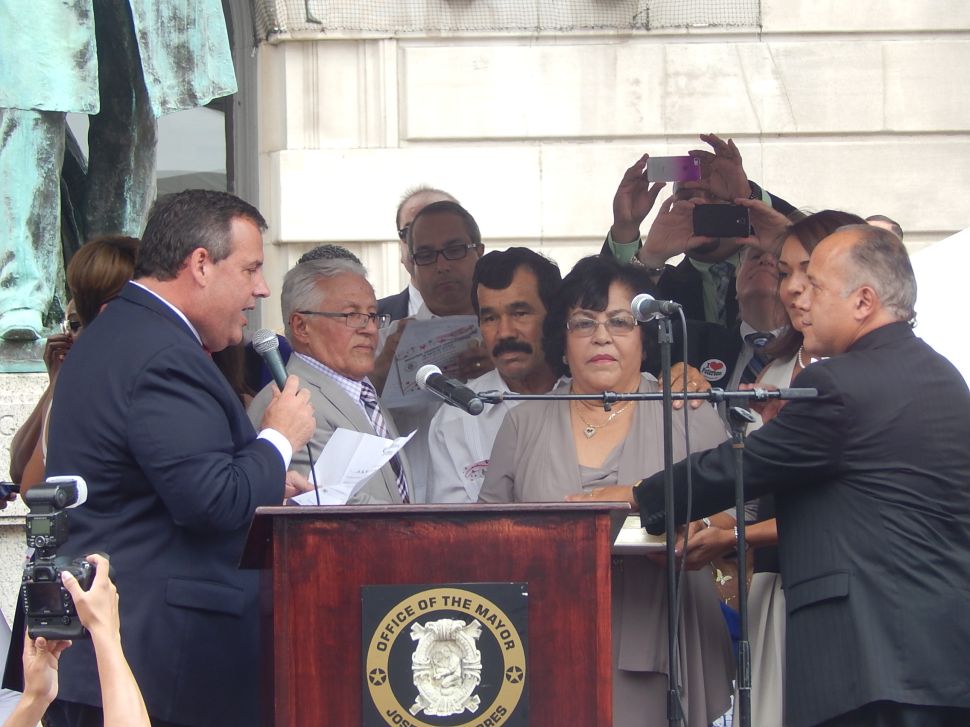