Today’s bed, which includes used condoms and underwear with a menstrual stain, was being sold by Charles Saatchi to benefit his London gallery.

No word yet on the identity of the new owner, but he or she already has one exhibition request to consider. Curators have asked to show the piece at Vienna’s Museum of Contemporary in a show opening next year called “SLEEPLESS / SCHLAFLO: Beds in History and Contemporary Art.” 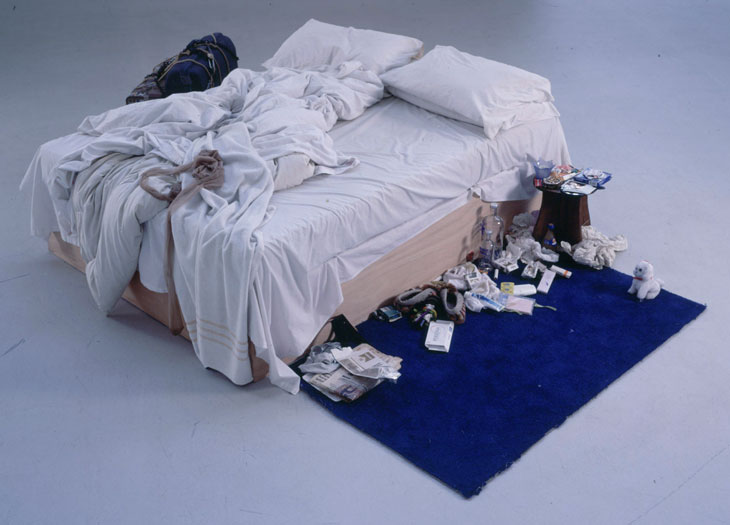