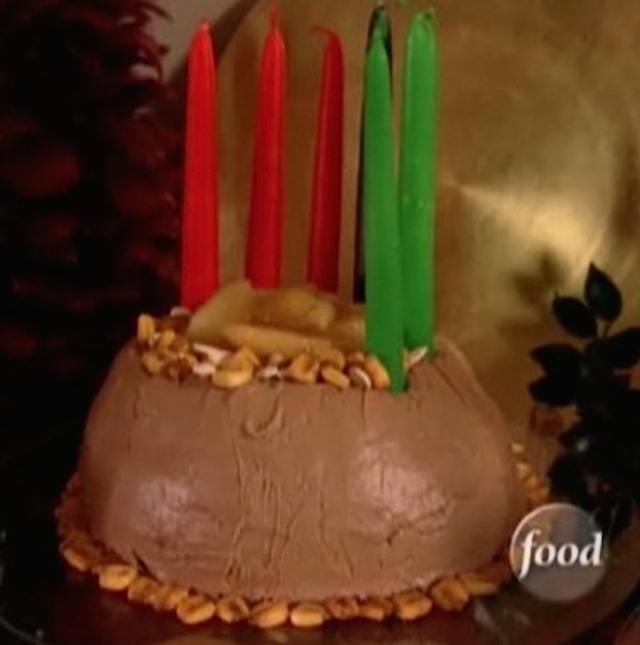 Kwanza Cake This delightfully awful Semi-Homemade recipe features only 3 ingredients. Well 5 but we’re not counting the giant candles or the nerve it takes to so shamelessly recreate a traditional holiday cake with Corn Nuts. In addition to Corn Nuts, you will need a store bought angel food cake and a can of chocolate frosting (because really, what is more festive than canned icing and Corn Nuts?). The episode is worth watching just to see Sandra Lee’s face as she presents her Chocolate Corn Nut creation to the camera, beaming with pride.
dgrantobserver 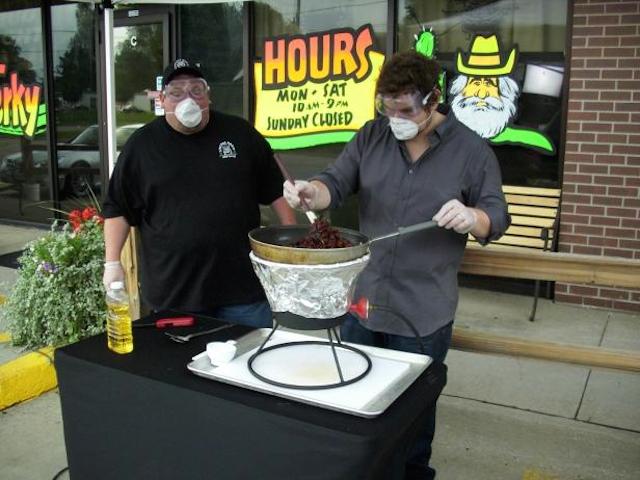 Hot Sauce No we did not put in an outtake from Breaking Bad (though blue meth is obviously a step up from most of these entries, both health and taste-wise). This friends is yet another great TV moment on Outrageous Food with Tom Pizzica. I’m pretty in to spicy foods but if the condiment manufacturers have to wear protective gear, it’s not going anywhere near my sandwich. Good grief.
dgrantobserver 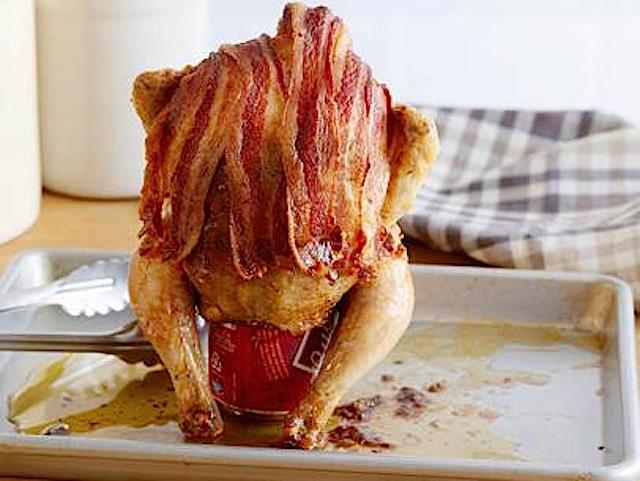 Big Bud’s Beer Can Chicken Listen, this is just visually appalling. Almost comically so. Copious amounts of saturated fat and the now-seared-in-my-memory visual of the erect fowl makes this recipe a contender for one of the worst on TV. Unsurprisingly featured on Guy's Big Bite.
dgrantobserver 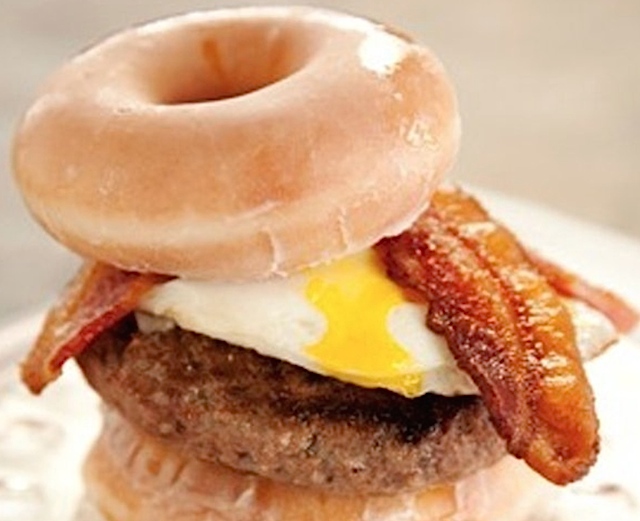 The Lady Brunch Burger This is just audacious. The now infamous sandwich was first introduced on the Food Network show Paula's Best Dishes. The episode, still available to watch on YouTube, leaves you with a deeply confusing feeling of both utter disgust and total intrigue. Soft sugary Krispy Kreme donuts sandwich not one but four beloved forms of cholesterol: beef, cheese, eggs, and of course, bacon. Watching Paula assemble this heart attack on a plate will make you cringe and drool at the same time. This reaction will confuse you. This confusion will likely turn to shame. Join the club.
dgrantobserver
Advertisement 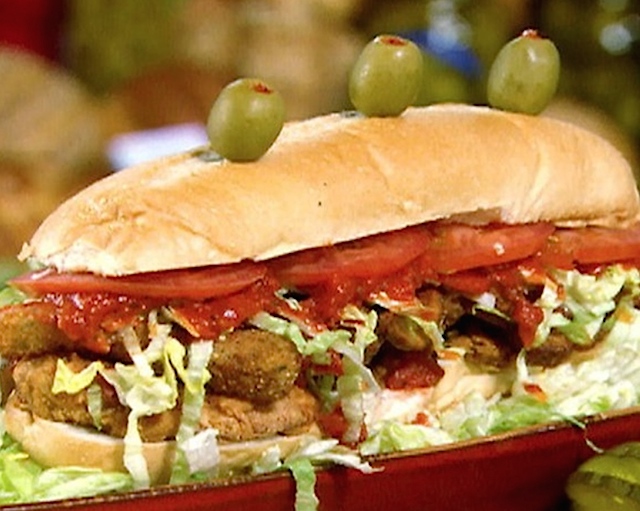 Fat Darrell This now infamous sandwich is a post-college party dream because it fulfills the only two requirements a college student has: is it cheap and can it absorb the half keg of beer I so foolishly consumed? The creator was featured on Good Morning America where he explained the sandwich was born after an experience in college in which he was craving mozzarella sticks, chicken fingers, french fries and a sandwich all at the same time (Hi, been there). Realizing that ordering all of these items would run way outside of his then college-student budget, he imagined it all in a sandwich and the rest is history. This audaciously large sandwich serves as an emphatic example that in America, you can do whatever you set your mind to. Even if it just so happens thart you’ve set your mind to clogging the arteries of America's youth.
dgrantobserver 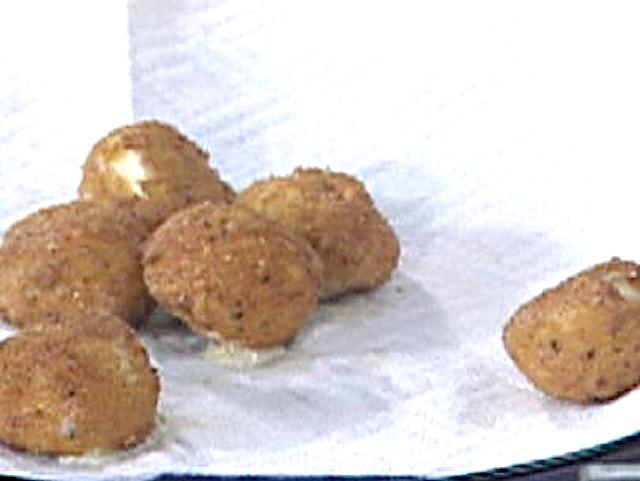 Fried Butter Balls ‘What? Whhhh-how?’ Just guess who masterminded this “assisted suicide” in the form of a bar snack catastrophe? One guess. That’s right, Mrs. Paula Dean is at it again, literally frying butter in what is either a liberating act of recalcitrance or a desperate cry for help. Either way, between the deep fried fat and odd Kevorkian references, this episode of Paula's Home Cooking has our attention.
dgrantobserver 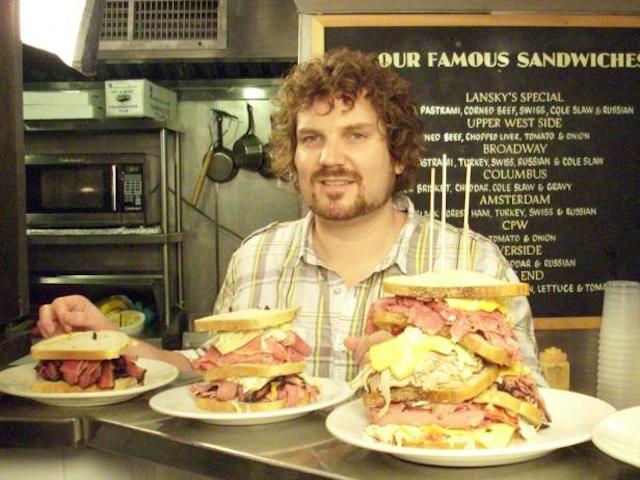 The Ultimate New Yorker Tom Pizzica, host of The Food Network’s Outrageous Food, shows us what “the ultimate new yorker” has for lunch with this "Ultimate New Yorker” corn beef AND (not or) pastrami sandwich. Layers and layers deli meat and potato knish are piled high and guarantee to repulse everyone who sees you eating it. I have a feeling the ultimate New Yorker is single…
dgrantobserver
Advertisement 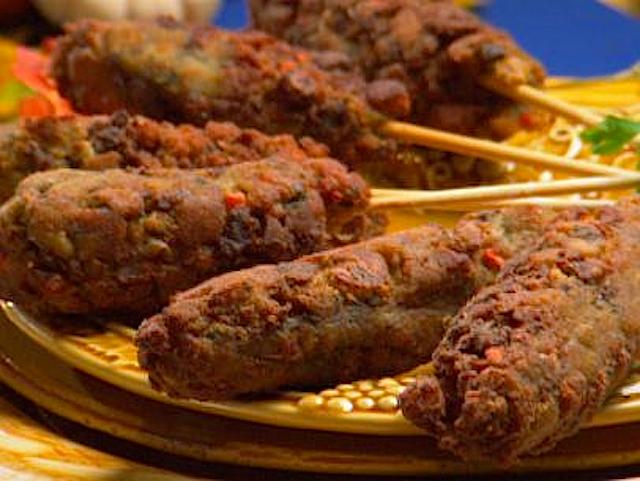 Fried Stuffing on a Stick In case the yearly Thanksgiving binge-fest wasn’t artery clogging enough, the incomparable Paula Dean has figured out a way to transform a classic holiday side dish. In this episode of Paula's Party, we find that in addition to the vat of stuffing you will need a stick of butter, a pound of sausage, a sleeve of saltines for a surprise twist, and a popsicle stick (because geez, why not?) Then just deep fry that sucker until golden brown and totally lethal.
dgrantobserver 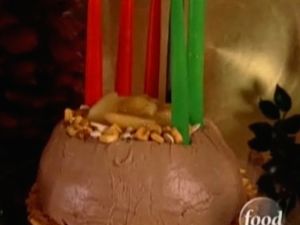 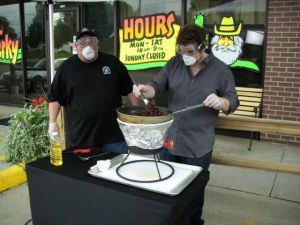 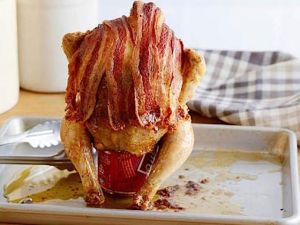 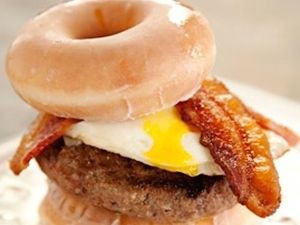 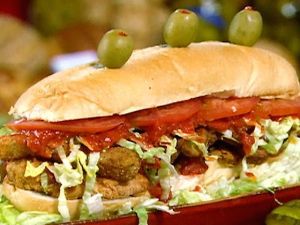 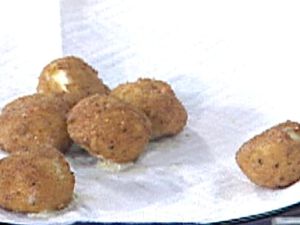 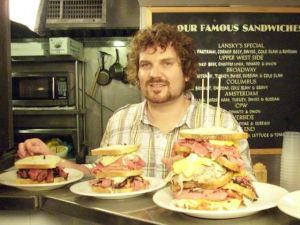 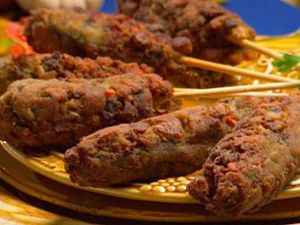 Observer
Slideshow | List
- / 8
The Fourth of July, like many American holidays, revolves mainly around food. Well, and quality time with friends and family but let’s be honest, it’s really about the food. So here’s a little something to ponder while diving into your second, second helping: What makes American food so great?
Is it the gobs of butter we like to add to just about everything? Is it that we push boundaries with mile high deli sandwiches? Perhaps it’s our bold attempt to create the hottest of all hot sauces? Yes, yes, and yes. We are a nation of bigger, better, and butter. (Well, except for that Man Vs. Food guy.)
Delightful as it is, we occasionally go a little overboard and create something kinda gross, but this is America damn it, so instead of shaming these gross foods, we put them on television! So what better way to celebrate our nation’s independence than to recap the most outrageously disgusting food on TV?
Deep fried, grease laden and unapologetically large, this is all American food at it’s absolute grossest.
Filed Under: TV, tvDownload's America, The Food Network, Man VS Food, Paula Deen, Guy Fieri, Food, slideshow