– Conan O’Brien debuted a clip from his movie debut, Sharktopus vs. Pteracuda, and it is glorious. I hate to be presumptuous, but the competition for every award show ever, including the Tonys, just got serious.

– ABC has kicked it’s Once Upon a Time advertising train into high gear, with a first look at live-action Elsa and this subtle billboard outside of San Diego Comic-Con. Yada yada yada, ‘Let It Go” reference.

– Syfy is teaming up with Nick Cannon for a “sci-fi fantasy improv series.” Proving, again, that Syfy is run by a hat filled with random words.

– The Walking Dead’s Norman Reedus once dressed up as the Stay Puft Marshmellow Man and walked around the floor of Comic-Con. Finally, Norman Reedus and I have something in common.

– Go home, people. Chris Pratt giving an intern a french braid while talking about Guardians of the Galaxy and Jurassic Park is the most charming thing you’ll see today. It’s over. 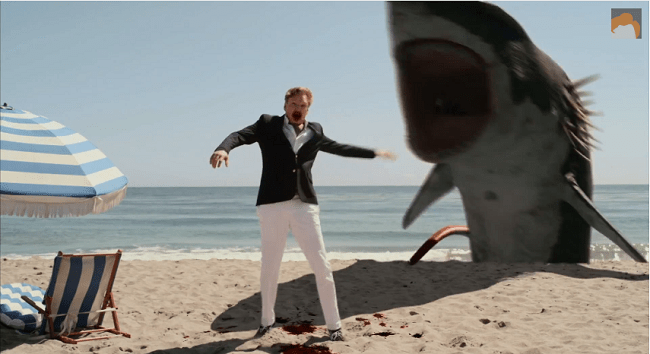