– So despite being asked to recap True Blood week by week, I actually had no idea that there was a weekly video blog to go along with it. I think I picked the right week to jump on that train because this week’s episode was basically Violet being intimidating and then kissing Jessica. Why? Because True Blood.

– Constantine executive producer David S. Goyer commented on whether or not John Constantine will be a chain-smoking bisexual like he is in the DC comic books. Basically, no. Well, he will probably do both those things in his spare time but not on the show.

– If in your childhood you watched the Disney classic Peter Pan and thought to yourself, “Christopher Walken should definitely play a tap-dancing Captain Hook,” then congrats. Also, you were a weird kid.

– The FIFA 2014 World Cup Final game between Germany and Argentina was the most talked about sporting event in history on Facebook. In other news, we’re now adding “on Facebook” to every other historical event ever.

– American Horror Story: Freakshow got a teaser, and it’s weird in an “evil clown helping an angel spread her wings” kind of way. Which is exactly what I expected. 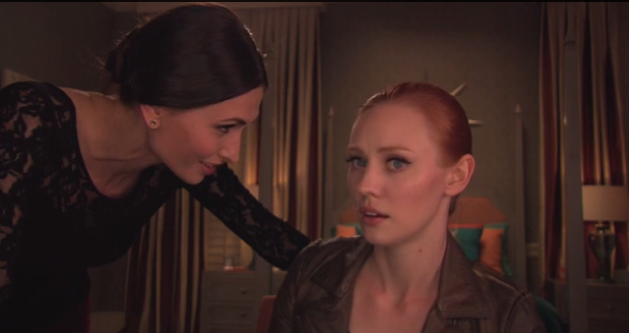