Alena Smith, the playwright and author, is not what comes to mind when you think of the word “tween.” For starters, she’s 34 years old. And her credentials include off-Broadway productions like The Bad Guys as well as a stint writing for the last season of Aaron Sorkin’s The Newsroom. But standing in front of an audience at BookCourt last Thursday night, Ms. Smith transformed her usually confident voice to slope upward: the question mark lilt hinting at a voice of a generation (as Ms. Smith’s fan Lena Dunham might put it) albeit one a smidge younger than her own.

“So, it was a typical night down in Hobo Jungle,” Ms. Smith began as she read from the fictional autobiography Tween Hobo: Off the Rails, based on her popular Twitter account. Ms. Smith’s protagonist, a plucky, perpetually 12-year-old Bielieber riding the rails in search of her brother, chronicles her vagrant lifestyle with the over-enthusiastic OMGs typically associated with kids who’ve grown up with ADHD medications in one hand and smart phones in the other.

“Me and Tin Cap Earl were doing our Dr. Pepper hand-slap routine and sharing the edible parts of a (spoiled alert) rotten head of cabbage,” Ms. Smith-as-Tween read. “Toothpick Frank was futzing with his Pinterest page, and a couple other guys just lay there slowly dying.”

If the last thing the world needs is another social media phenomenon with a book deal, at least Tween Hobo has literary aspirations, inspired as much by Dylan, Kerouac and Old Weird American imagery as it is by One Direction and Kanye. Take, for instance, a verse out of a chapter in her book entitled “Great American Poems,” which mashes up Sylvia Plath and Twilight:

There’s a stake in your fat black heart

If I can’t have a vampire-theme bat mitzvah

This stage of Ms. Smith’s career comes from somewhat inauspicious beginnings. Her first tweet arrived in late 2011: “Sure as my bowl of mulligan stew I’ll meet those Jonas brothers one fine day.” This is both a confident start for the character and a reminder of how quickly dated everything becomes on the Internet. (The Jonas Brothers broke up in 2013, which our non-Tween readers can be forgiven for not being aware of.) She now has almost 14,000 Twitter followers, a fan base that most 12-year-olds would kill for. (By contrast, Ms. Smith’s personal account only has 1,306.) In addition to the book, Ms. Smith is currently working on a Tween Hobo TV project, which may or may not be animated. Off the Rails is illustrated by Kate Harmer, a contributor to HelloGiggles. If you don’t recognize that name, congratulations once again: you are probably not a tween.

In fact, Ms. Smith is the first to acknowledge her lightning luck at the hand of the zeitgeist. “I had been writing plays for 10 years,” she told us in an interview before her event at BookCourt. “I had graduated from Yale Drama School six years before. I had plays produced in London and I was living in Brooklyn. Nothing was adding up. And then I started tweeting for one month, and [the actor and writer] BJ Novak started following me and talking about developing [Tween Hobo] into a show.” The stars aligned after interest from Mr. Novak, The Office star who himself earned heavy literary credentials this year for his book of short stories, One More Thing. Ms. Smith soon found herself packing up and moving to Los Angeles. (Or as her alter ego might say: Manifest Destiny FTW.) On the same day in June 2012 that The Bad Guys was earning Ms. Smith her first New York Times review, she was on the other coast with Mr. Novak taking meetings about how best to market her Twitter persona. Not long after that, a Harvard poetry professor wrote in The Believer about how the account was the first literary use of Twitter. She appeared last month on Variety’s top 10 list of “TV Scribes to Watch.”

“As much as this book is Internet-y, it also references The Grapes of Wrath and On the Road,” Ms. Smith said. “It’s a novel, not just a collection of tweets.” Ms. Smith’s description of the book evokes her character trying to escape the “hyper-mediated, capitalistic world that she lives in and finds her way into some real space.” While tweeting, of course. This is just the world we live in. It’s not just that a nuanced playwright such as Ms. Smith can create without irony a successful Twitter account called Tween Hobo; she probably has to for the sake of her career, for a while at least.

“The success of Tween Hobo has been surprising, and I love it, but I’m not going to spend the rest of my life writing novelty Twitter books,” said Ms. Smith. ν 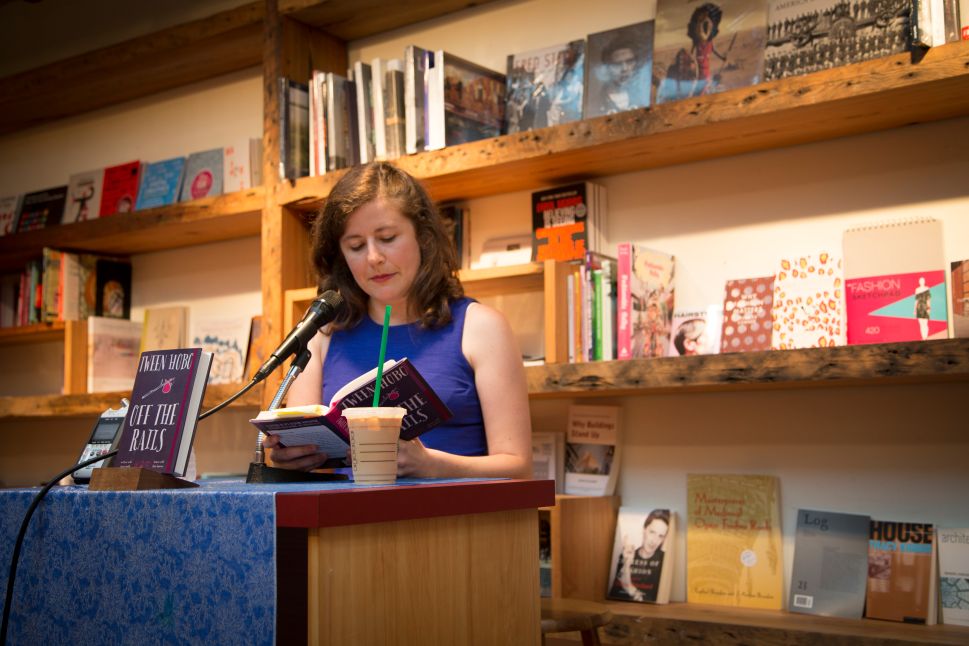