Since efforts to prevent the reopening of an Upper East Side waste transfer system have been squashed, some activists have decided that covering it up is the next best thing.

Modeled after the High Line, the proposed plan involves building a park on top of the covered ramp transporting trash vehicles, as well as the roof of the waste station itself, according to the Daily News.

Andy Nussbaum, president of the board that oversees nearby Asphalt Green recreational facilities, explained to the Daily News, “Instead of seeing a 10-story ugly gray building, people would see a lovely park and outdoor space that can be used by anybody in the community.”

The decision to open the $250 million waste transfer system at East 91st street–proposed by ex-Mayor Bloomberg and inherited by Mayor Bill de Blasio–is based on a plan to make all five boroughs responsible for their own trash.

Eddie Bautista, the director of the New York City Environmental Justice Alliance told the Observer, “Not only will it take the burden off other disposal stations in Queens and Brooklyn, but it is also part of the 2006 Solid Waste Management Plan, which will reduce garbage truck traveling by 5.5 million miles per year within city limits, according to the Department of Sanitation. This will help improve the air quality over the entire region.”

Unfortunately, environmental groups like Pledge 2 Protect have vehemently opposed the project due to health and safety concerns. The entrance ramp to the plant will cut through a playground that is part of Asphalt Green, used by 31,000+ children a year, which raises air and noise pollution issues.

Kelly Nimmo-Geunther, president of Pledge 2 Protect, says her organization remains steadfast in its views against any version of the waste transfer station. “While the park-oriented concept remains a worthwhile idea, the larger issue is that the city needs a new solid waste management plan, which protects all people regardless of where they live, income or the color of their skin.” 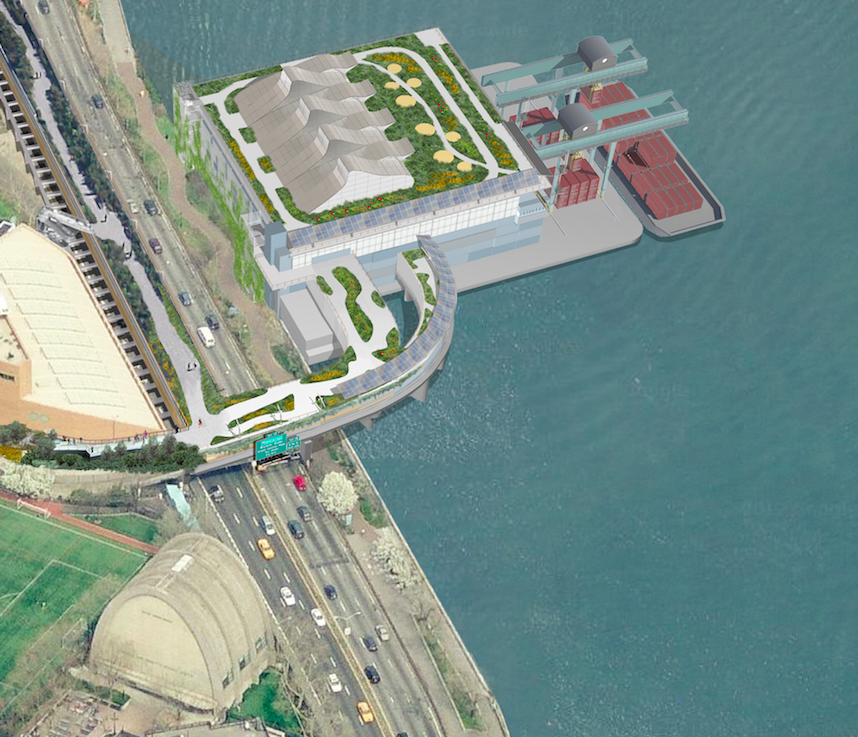