Dealing with a cable company is an absolute nightmare, however a New Mexico woman might’ve taken it to another level.

Earlier this week, a Comcast employee was sent to Gloria Baca-Lucero’s Albuquerque home to hook her up with Internet. Things took a turn for the worse when she heard about the service fee and allegedly pulled a gun on the employee and held his bags of tools hostage because she was furious about the charge.

According to a police reported obtained by Ars Technica, the 48-year-old woman ordered the employee to call his supervisor so they could retrieve the bag. He refused. So, Ms. Baca-Lucero went back into the house, retrieved her gun, then allegedly pointed it at the employee. She demanded that he “leave now,”…or else.

He fled the scene and called the police. As for Ms. Baca-Lucero, she faces a charge of aggravated assault with a deadly weapon. 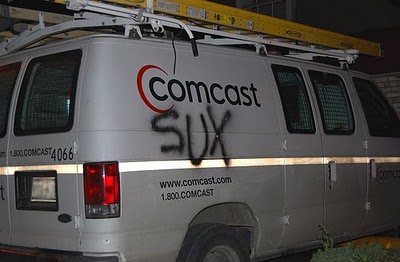