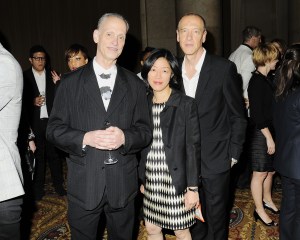 Lydia Yee will join Whitechapel, the century-old London gallery, as its new chief curator, the gallery has announced. Since 2007, Ms. Yee has been a curator at Barbican Art Gallery, where she’s presented exhibitions such as “Bauhaus: Art as Life” and “Laurie Anderson, Trisha Brown, Gordon Matta-Clark: Pioneers of the Downtown Scene.”

“I am very honoured to be joining the Whitechapel Gallery, which has long been a reference point for me as a curator,” she said. “Its diverse and adventurous exhibitions of contemporary and modern art and critically engaging publications have been hugely influential. I look forward to working with artists, audiences, colleagues and stakeholders to build on this illustrious history and to further strengthen its international outlook.”

Ms. Yee starts at the gallery in February 2015.