TRENTON – The Senate Judiciary Committee in the coming weeks will consider Kevin O’Dowd for the position of state attorney general.

While he may endure a few pointed where, how, what, when questions and some theatrical play to make the drama look like a cliffhanger, O’Dowd is expected to have the votes in place in the end to get released out of committee without too much hysteria.

The next question is, who will replace him as chief of staff to Gov. Chris Christie?

The head of the Authorities Unit, now slated to be O’Dowd’s replacement, depending on how she weathers scrutiny around the George Washington Bridge scandal tomorrow, could remain on point to take the job.

Close to Christie, a private practice attorney for 20 years prior to his government service, Porrino has been the governor’s chief counsel since early 2014. Prior to that, he served as head of the State Division of Law since February 2012. Insiders give Porrino an edge on the field based on the closeness he’s forged with Christie in his current job. Porrino has been glued to the governor from day one.

President and CEO of the Sports and Exposition Authority, he was previously deputy chief of staff for policy and planning for the Christie administration. He’s been there, so there wouldn’t be a sharp learning curve. Plus, Christie trusts him.

The Monmouth County GOP senator’s liked – even well-liked – by a lot of his legislative colleagues. Close to Christie? They’re as close as it gets. In a post-Bridgegate world, Kyrillos might be just the deft touch the governor needs on the frontlines to smooth over some of the sharper edges that have hung him up these last number of months. Then again, Kyrillos might not be the kind of guy who could rip an underling’s head off on text message cue if the governor’s out of town.

His law firm is booming and he has teenage kids, so it’s unlikely to happen. But O’Toole, the scrappy, Christie-loving Republican senator from the 40th District, is the governor’s Statehouse soul mate – the mechanics-fixated tunnel rat routinely tasked with running back and forth between the executive and legislative branches. He’s be a good fit, and unlike Kyrillos, would be able to convincingly pinion someone against a wall t make an intra-office adjustment. But – also like Kyrillos – he’s probably too valuable in the position he currently occupies.

Her husband worked out well for Christie, so why not keep it in the family? Plus, she already knows the ropes as the state commissioner of health. She wouldn’t have to get broken in like some others on this list. But while insiders agree that it’s an attractive choice, they don’t see it happening.

Little known fact: Christie and Bucco went to law school together. The governor loves Bucco, Sr., where there’s a natural connection going back to Christie’s time as a Morris County freeholder. Like O’Toole, Bucco has a good set up as a lawyer right now and young kids, so it’s hard to picture him leaving that in limbo to strut around the statehouse hallways as resident disciplinarian. But again, the upside amid hardened partisan times for Christie is that the younger Bucco would bring the relationships he’s cultivated in Trenton.

The Morris County Freeholder is a prosecutor by trade and although at times politically at odds with his own family, counts himself a member of the Bucco household (his sister’s married to Bucco, Jr). If you’re looking for a running narrative in the preferred Christie portfolio it’s “prosecutor,” and Cabana has that in addition to the deep GOP roots in Christie’s home county.

The Somerset County GOP chairman – and Princeton Public Affairs right hand man – has an insider’s take on Trenton going back to the Whitman years and unites a perfect political/governmental skill set.

There were other names up for consideration, too, including Assemblyman Declan O’Scanlon (R-13), who’s proved a loyal and intellectually animated Christie soldier (not always two concepts that are easily combined).

Certainly, if the past is prologue, one might see Christie reaching into his favorite grab bag of former U.S. Attorney’s Office employees, but insiders say that bench has dried up at this point.

He’s can’t put anyone in there who appears to have been scalded by Bridgegate – and that remains a deep-dish acid bath.

Then there are all the Democratic mayors with whom Christie has strong ties.

In conversation, that proved a dead end, though, too.

As he tries to right a wobbly ship of state and gears up for what promises to be a brutal GOP presidential primary, Christie likely doesn’t want to have someone with a “D” on his shirt reminding Republicans of his New Jersey penchant for political cross pollinating. 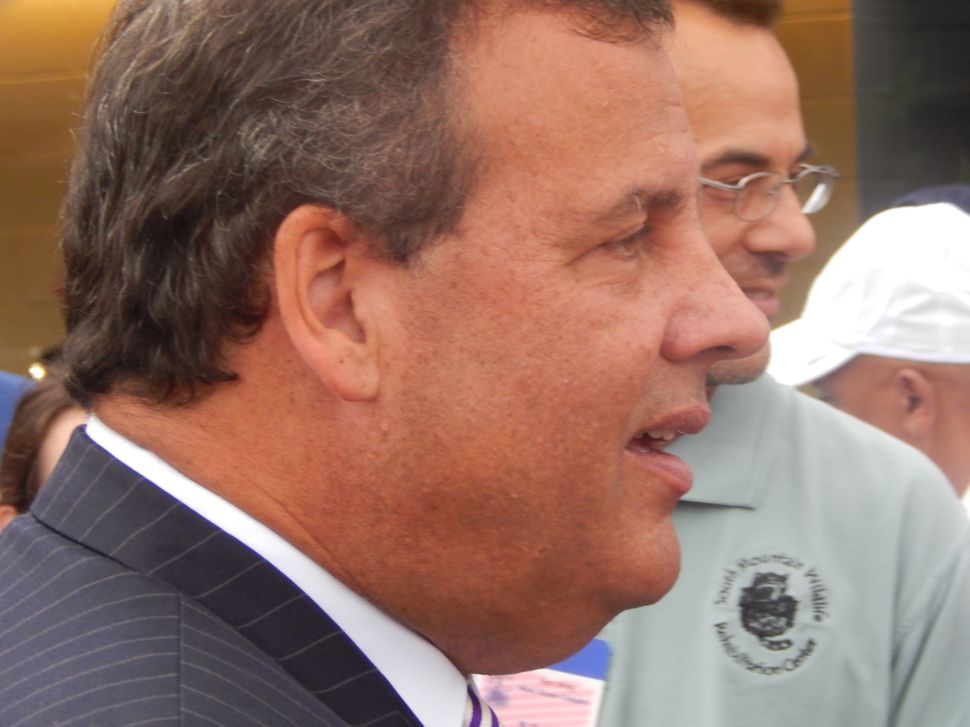