In exile for nine months in Prichard, Alabama, the former Passaic County sheriff returned to Paterson this week to start a new job as police director with the administration of Mayor Jose “Joey” Torres.

Having warred with former Mayor Cory Booker, the former Newark Police chief this week is on track to return to his old job with the good graces of newly sworn-in Mayor Ras Baraka.

Like so much else in life, at times it looked like New Jersey (and a hodge-podge of characters from other states) putting the entire country on its back in the World Cup. Certainly it looked that way on Tuesday, when North Brunswick’s Howard – goalie for the U.S. Soccer Team – made a record-setting 16 saves despite the U.S. going down in defeat in the round of 16.

Survivor of a life-threatening accident two years ago, the courageous and classy former NJTV statehouse bureau chief has returned to work and the heartfelt well-wishes of her colleagues on press row.

The South Jersey radio man celebrated 25 years on the air as the host of WPG 1450’s Hurley in the Morning.

The veteran councilwoman from Newark again took charge of the local governing body as she secured the council presidency in the era of Mayor Ras Baraka.

Despite chaos within, the controversial – and locally reviled – Newark School Superintendent received a 1.6% raise, boosting her salary as part of a renewed three-year contract to $251,500.

As noted by Terry Dopp of Bloomberg News, Chris Christie beat New Jersey Democrats in the budget battle, but with his submission of the FY 2015 $32.5 billion budget failed to win over municipal bond investors, who for the first since 1977, rated NJ riskier than Christie nemesis Brown’s California.

His poll numbers have stabilized, but the governor couldn’t get a word in edgewise at the swearing-in ceremony of Paterson Mayor Jose “Joey’ Torres and later that same day found himself hounded by hecklers at his Caldwell town hall forum. Under Christie’s watch, the state’s bond rating sagged to a rating better than just Illinois among all 50 states, not a great look as the governor this week finalized the FY2015 budget.

You can’t write it any more clearly than veteran reporter John Reitmeyer of the Bergen Record: “Christie’s decision to reduce a planned $2.25 billion contribution [to the public employee pension system] to $681 million means the fund will be in even worse shape at the end of the fiscal year next June.”

In a 5-4 decision in Burwell v. Hobby Lobby, the U.S. Supreme Court ruled that for-profit companies can use religious arguments to avoid paying for contraception coverage required under Obamacare.

The veteran 3rd Ward Paterson councilman – longest-serving member of the local governing body and a key campaign ally of Jose “Joey” Torres – made a play for the council presidency but lost on a 4-5 vote to Julio Tavarez.

Of course, the real losers are the taxpayers, but DRPA found itself gurgling under so much bad publicity that the agency hired a frantically polishing image expert (David La Torre) at $7,500 per-month.

After allegedly arranging to have a gas line installed so that he could have a grill on his own private balcony, Jersey City’s public works director will follow Police Chief Robert Cowan down the organizational food chain, according to The Jersey Journal. 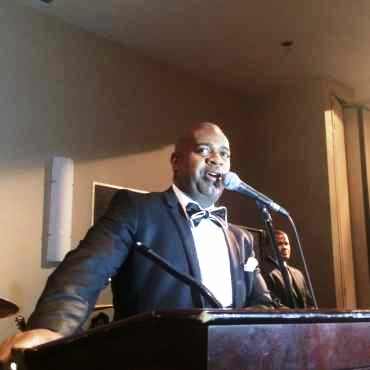