Governor Chris Christie this week announced his selection of the CIA operative as New Jersey’s next Director of the Office of Homeland Security and Preparedness (OHSP).

Trying to project strength as he prepares for a run for governor, the senate president collected a whopping $582,950 from April 1st to July 1st, according to the state Election Law Enforcement Commission (ELEC).

Manhandled by Jose “Joey” Torres in the Paterson mayor’s race, the Passaic Democratic Party led by Chairman John Currie (also the state party chairman), with $282,893 in the bank, nonetheless has the most cash on hand of any county party organization.

Bill Layton’s BurlCo Republicans showed the highest net worth of any county party organization this week ($820,611), according to a report prepared by the state Election Law Enforcement Commission (ELEC).

Al Gaburo’s Republicans have the most cash on hand ($240,984) of any county Republican organization, according to ELEC, and the second best coffers among county organizations in both parties.

As recently as two months ago, the mayor of Paterson was a renegade, an enemy of the party. Now his most recent ELEC reports show him wallowing in establishment cash, including a $5,000 check from Sweeney and $2,500 in contributions from the Jersey City Democratic Committee, the fundraising power base of Jersey City Mayor Steve Fulop.

A divided federal appeals court panel dealt hobbled the president’s health care law Tuesday, ruling that participants in health exchanges run by the federal government in 34 states are not eligible for billions of dollars in tax subsidies, according to this Gannett report.

The death at the beginning of this week of Sheriff Ralph Froehlich, the longest-serving sheriff in the history of New Jersey, dealt a blow to the county, which will bury their leader on Monday at 9:30 a.m.

Maybe Christie toxicity will finally prove unbearable to the likes Bob Beauprez in Colorado, but really this is about money, and Beauprez will get some of that $60 million Republican Governors’ Association (RGA) stash controlled by the New Jersey governor while Astorino, the Republican nominee for governor in New York, won’t.

The mayor gamely put together a list of parties he says are interested in purchasing those casinos on the skids in his home city, but when the Washington Post issues a report titled “AC Deathwatch,” those kinds of optics hardly help.

We know the Political Insider likes to refer to the HCDeadO when describing the Hudson County Democratic Organization, but the Hudson Republicans didn’t even present a corpse to ELEC, which amid its rankings of the finances of different party organizations this week didn’t bother putting this outfit on the official list.

The signer got an earful from Freeholder Brendan Gill and other protesters in Montclair outside Wellmont Theater this week as other venues cancelled upcoming Nugent shows around the country. Nugent in the past has referred to President Barack Obama as a “subhuman mongrel.” 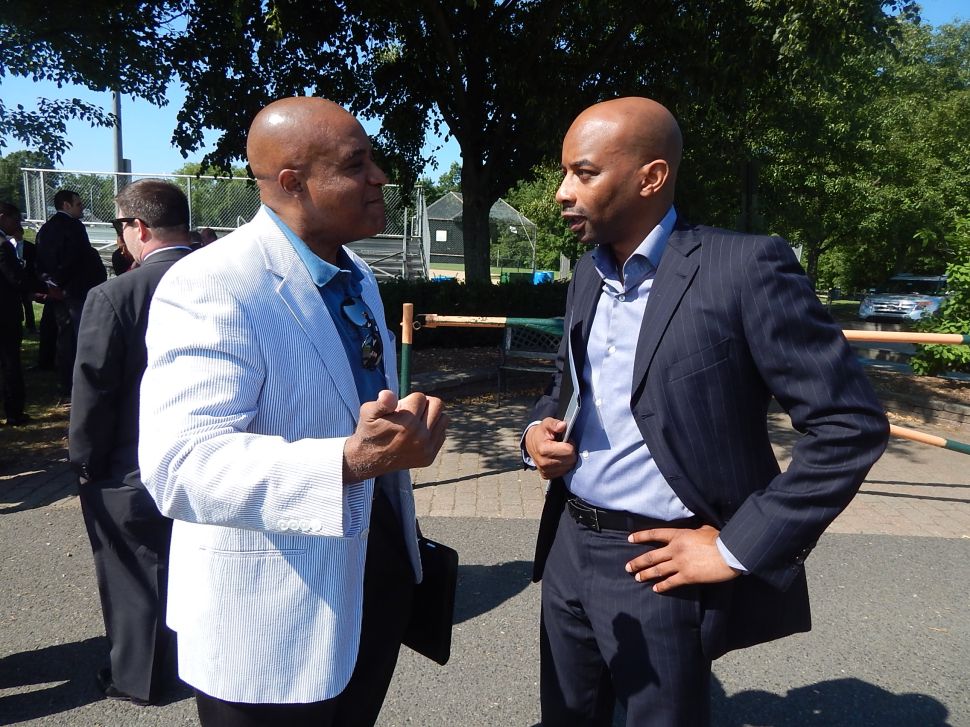