TRENTON – At the close of a grueling seven hour testimony given by the front office’s Director of Authorities Regina Egea, state Sen. Loretta Weinberg (D-37) and Assemblyman John Wisniewski (D-19) had a few things to say, but the chief message among them was simple: this isn’t over yet.

Weinberg and Wisniewski, both members of the Select Committee of Investigation charged with getting to the bottom of last year’s debacle over the George Washington Bridge lane closings, agreed that there’s more — much more — work to be done before they’re ready to issue a final report on the matter.

“The Republicans want to talk about how we know enough, and how it’s time to go home,” Wisniewski said in response to repeated calls from the committee’s minority party to end the investigations, or move them in a different direction. “With all due respect, we don’t have an answer to a very fundamental question. This abuse of power came out of governor Christie’s office. Somebody that he trusted to appoint to executive deputy director sent an email that was clearly understood by its recipient despite its cryptic nature. And we’ve had other people testify that Bridget kelly could not send that email without having approval from above. And what we don’t know is who above approved it, who above at least gave her the implication that it was OK to send. And I understand why the Republicans don’t want answers to this, and in the same context I can understand why the people providing testimony didn’t ask any substantive questions. It’s because they didn’t want to know the answer. Because they knew the answer was not going to provide them helpful information.”

“So what Regina Egea told us today, and what other witnesses have told us in the past, that they disregarded this whole situation, makes perfect sense in a context that they didn’t want to know, because the truth was probably not very helpful for this governor,” he added.

Called forth by the committee for her involvement as Authorities director during the scandal, Egea today maintained that she reason she didn’t look further into allegations that there may have been a bogus and possibly politically motivated traffic study was because she was assured at the time by executives at the Port Authority — namely Executive Director Patrick Foye and former Deputy Executive Director Bill Baroni –that the issue was being handled.

She also attributed problems that followed in the wake of that study to internal conflicts at the agency, where New York and New Jersey appointees often find themselves at loggerheads.

Wisniewski called the traffic study a “fig leaf” to try to cover the tracks of what was really a political operation.

Egea’s lukewarm testimony, which Weinberg and Wisniewski said largely stuck to a “script” given by previous witnesses called to testify in the investigation, had the committee’s chairman floored.

“It seems to me that there was a deliberate effort not to critically examine what was going on right in front of their face,” Wisniewski said, adding that he thought Egea’s handling of the situation “speaks to a lax, incompetent management style.”

Egea is slated to become Gov. Chris Christie’s next Chief of Staff. When asked what she learned from the ordeal by a grandmotherly Weinberg at the close of the hearing, Egea said she believed she had acted “as responsible as I could possibly have … given the things I knew when I knew them.”

“There should have been a point in my mind which said, okay, let’s have the report,” Egea, referring to Foye’s assurance that the Port Authority had begun an investigation into the traffic snarl, later confessed. “That’s what I learned from this, and that’s what I’m taking forward.”

Egea is the fifth top Christie aide to testify to the committee during its investigation. Weinberg said the committee is hoping to issue a final report in late fall. 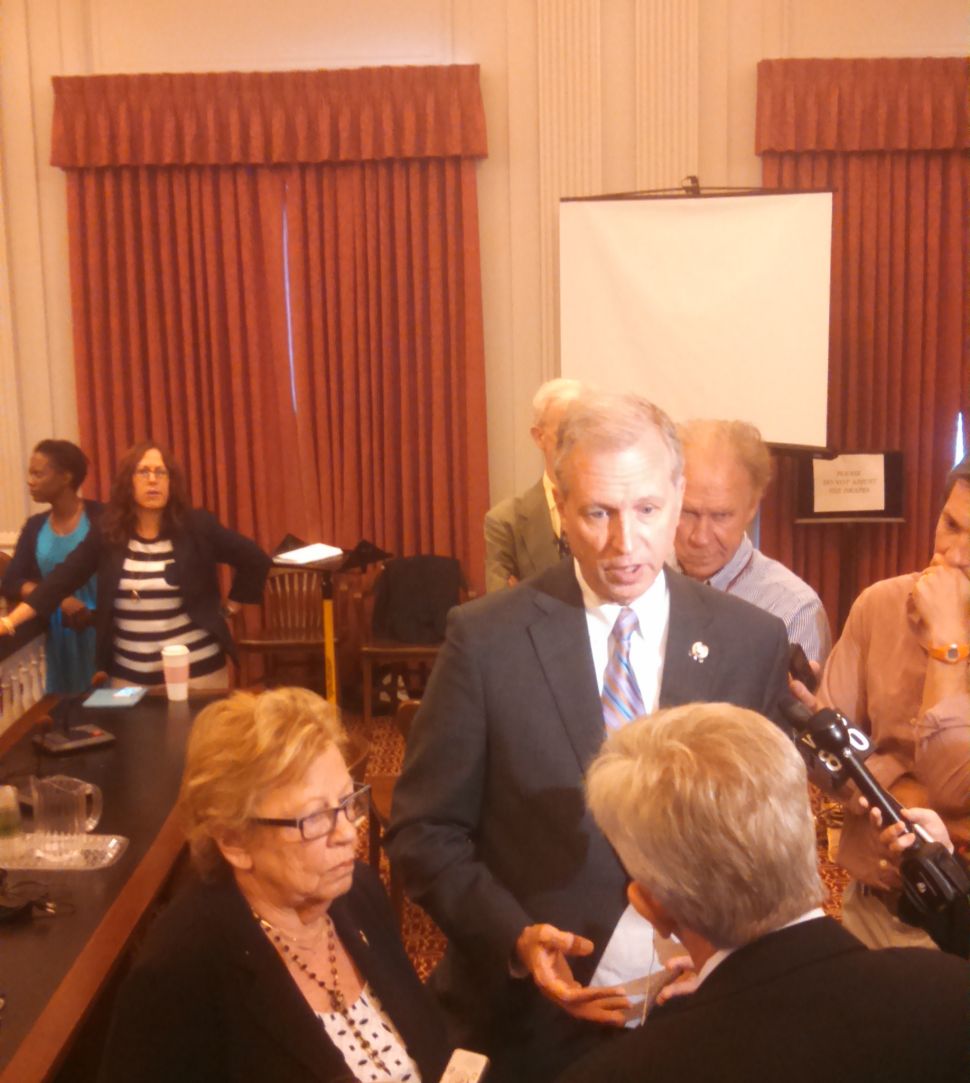